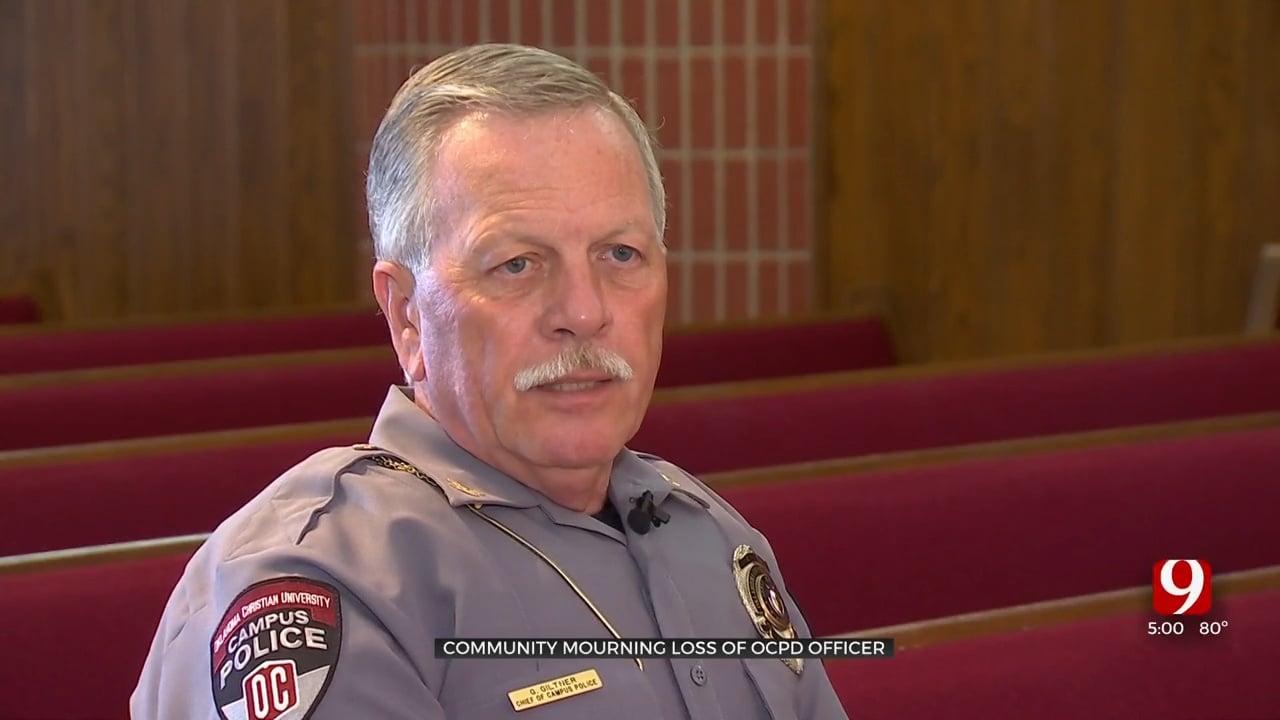 Thursday was a tough day for the Oklahoma City Police Department after an officer was hit and killed on Interstate 44 early this morning.

Burke is the fourth OKC metro member of law enforcement to be killed in the last two months.

“When something happens like this, we’re shaken,” retired OCPD Chaplain Greg Giltner said. “Days like today are a gut punch.”

Giltner was called to the scene at 1:15 a.m. Though Giltner is now the Chief of Campus Police at Oklahoma Christian University, he remains a volunteer chaplain.

He spent half his career with OCPD serving in that role.

“We hear their story, and we get involved in their life, so that makes it even more personal,” Giltner said. “Those are my kids out there. When they hurt, I hurt.”

Over the last few months, that hurt has been all too common for metro law enforcement. Giltner said he hasn’t seen a period like this in his 34 years.

Giltner said the loss of Sgt. Burke also signals the loss of a leader. He said she also helped train new officers.

“Not everybody does that,” Giltner said. “Not everybody wants to do that. Not everybody can do that. Those who do that is an extra calling, and Sgt. Burke took that upon herself to try and help others.”

Giltner’s own calling, he said, can be difficult, especially on scene and days like Thursday.

“When I pull up to that scene and see that number of people – a lot of them her classmates, a lot of people that worked with her – I ask the higher power to help me with the words because I want to comfort them,” Giltner said.