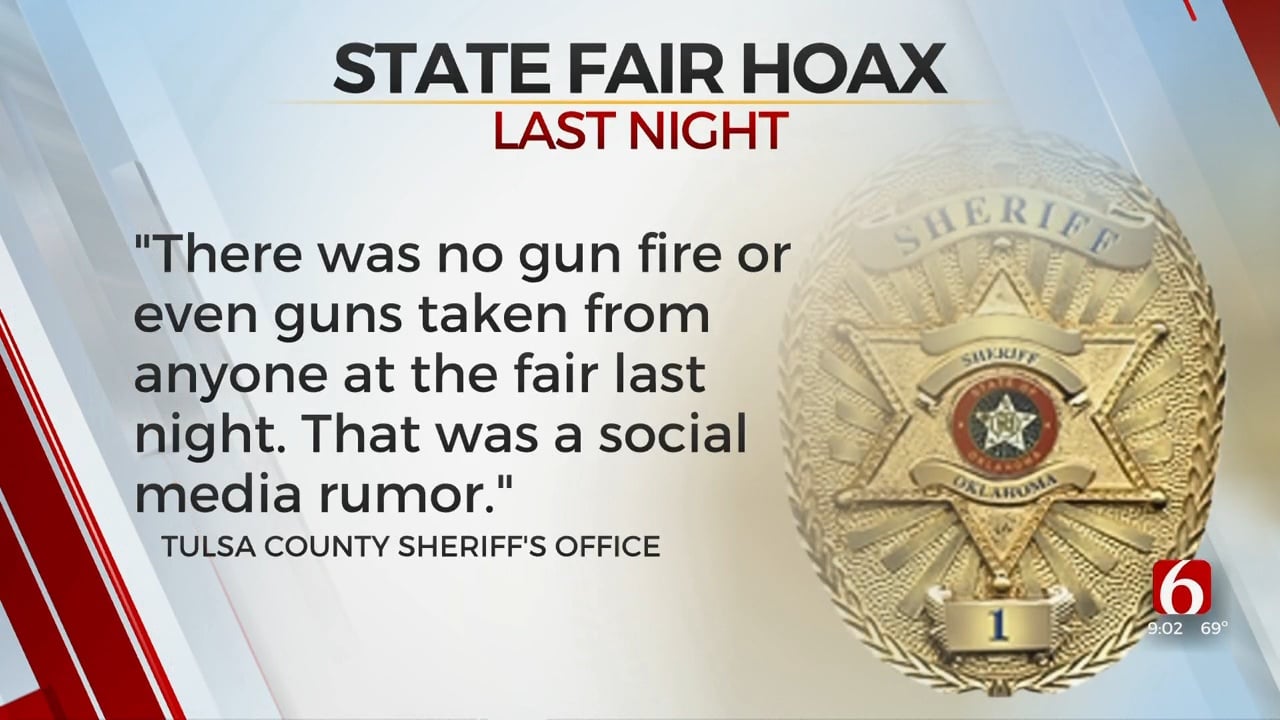 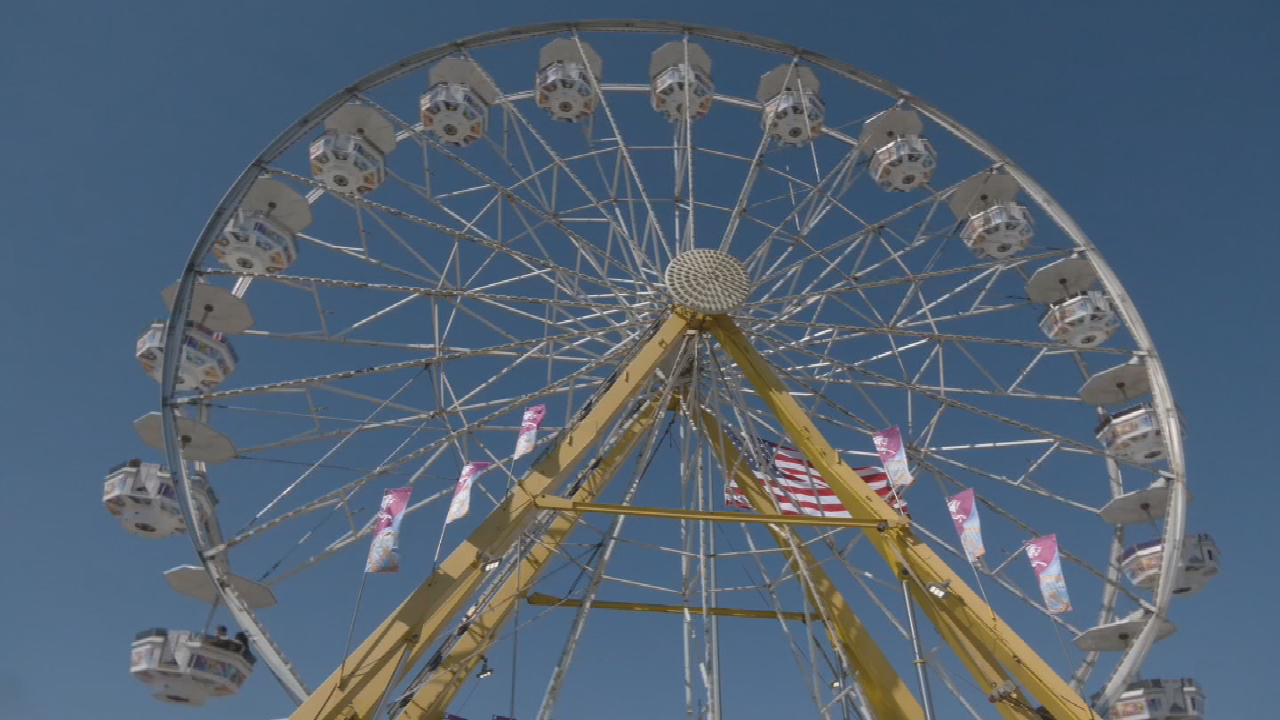 The alleged incident that happened at the Tulsa State Fair Saturday night has been confirmed as a hoax, according to the Tulsa County Sheriff's Office.

Casey Roebuck with the Tulsa County Sheriff's Office said there was no gunfire, and no guns have been taken from anyone who was at the fair.

The incident started as a social media rumor, according to Roebuck.