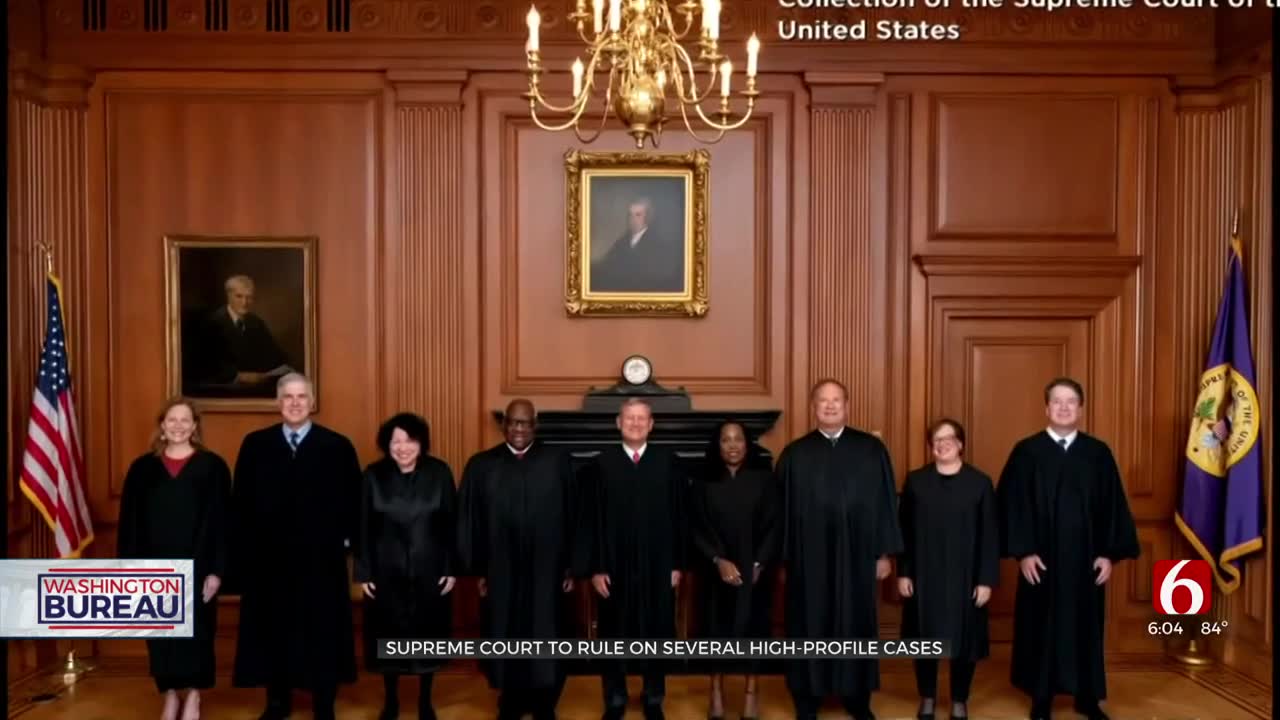 The United States Supreme Court, its controversial decision to overturn the landmark Roe v. Wade still fresh in the minds of many Americans. Monday opened the new fall term, which features a number of potentially impactful cases, including one involving Oklahoma tribal nations.

Recent polls show, in the wake of the generally unpopular Dobbs decision to leave the legality of abortion up to individual states, public confidence in the Court has hit an all-time low. And, given what's on the justices' collective plate this fall, popular opinion could move even more.

Among the cases being watched this term was the first case argued Monday, Sackett vs EPA, which could limit the EPA’s authority to enforce aspects of the Clean Water Act. Tuesday, the justices hear arguments in Merrill v-Milligan, an Alabama case that centers the role that race should play in drawing distict lines.

Race will also be the focus of arguments October 31 when the Court hears Students for Fair Admission v. Harvard and Students v. University of North Carolina; justices will decide whether these and other universities can continue to use race as a criterion in determining admission. Previous Supreme Court decisions have narrowly upheld the practice, which the schools use in an effort to achieve a more diverse student body.

Two cases yet to be scheduled also figure to gain significant national attention -- 303 Creative v. Elenis will consider the right of private businesses to deny service to LGBTQ customers based on religious beliefs, while Moore v. Harper will take a deep dive into how states conduct federal elections and how far a state's judicial branch can go in regulating election laws created by the legislature.

And then there's Cherokee Nation v. Brackeen, a case that's been consolidated with Haaland v. Brackeen and two other cases that center on the question of whether the 1978 Indian Child Welfare Act is constitutional. The case is set for arguments November 11 and, in light of last term's Castro-Huerta decision, some tribal leades are concerned.

"My concern is this Court," said Chuck Hoskin, Jr., Principal Chief of the Cherokee Nation, in an interview Monday, "having gone the other way from the McGirt case in the Castro Huerta case, will look at the Indian Child Welfare Act and might be persuaded by this phony notion that this is some unconstitutional racial preference, when it’s decidedly not that."

Chief Hoskin said the law properly recognized, in the adoption of Indian children, that a tribe has a national interest in giving preference to family members or non-family tribal members.

In all of the cases, the decisions wouldn’t be expected until late May or early June 2023.