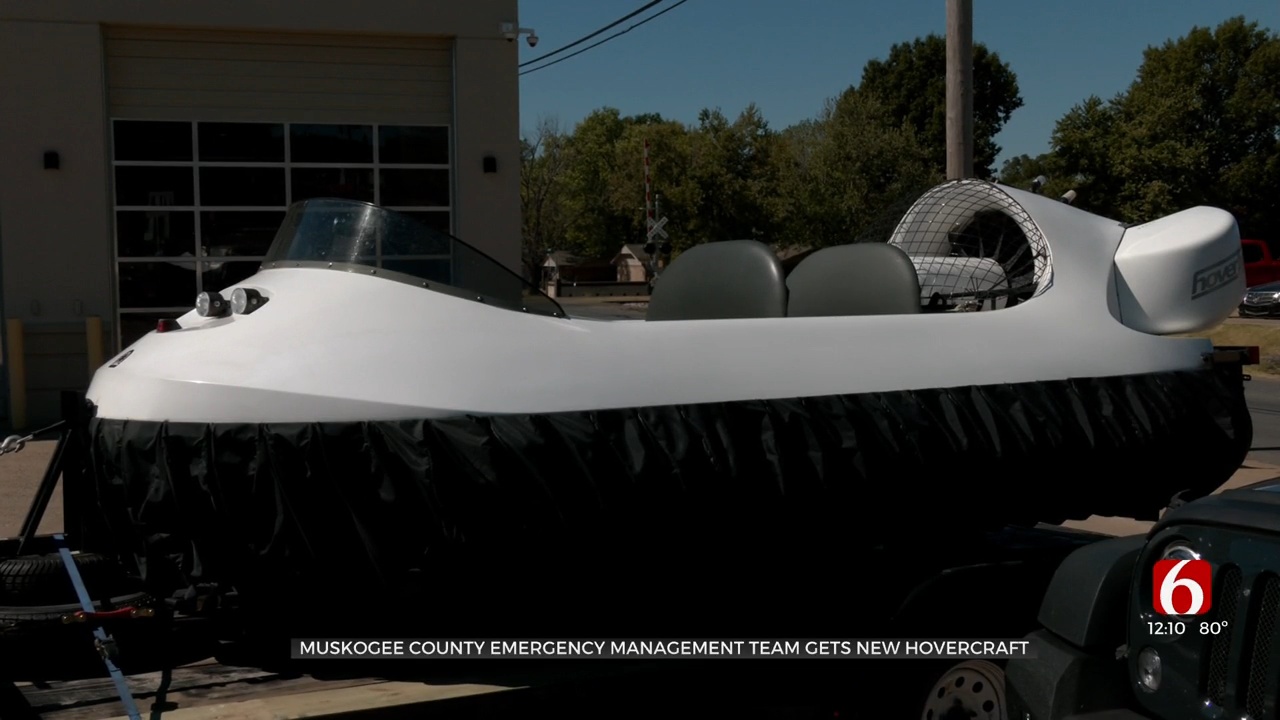 Muskogee County has a new tool for the emergency management team and the Fort Gibson Fire Department: a hovercraft.

The hovercraft will be a part of the county's water rescue equipment to help in times of flood. Fort Gibson Fire Chief Nathan Parker and Muskogee County Emergency Management Director Jeffrey Smith took some time to get trained and certified to operate the hovercraft and bring it back to Muskogee County.

Smith said that the county has seen a large increase in water rescues over the years, and in the past, the county has used several different vehicles to save people from flood waters. Those vehicles ranged from airboats to fire trucks.

What makes a hovercraft more effective than an airboat or other emergency vehicle is that it has better balance on the water and it can get into residential areas that have been flooded more easily. Not only that, but the hovercraft can go in reverse, which would allow responders to back up into areas when necessary as well.

"When you’re out having to deploy on roads, county roads, and the city streets, it’s just impossible to get a conventional boat into those waters, and it’s not safe to get heavy equipment like firetrucks or other response equipment out there. Plus, that equipment is very expensive to replace," Smith said.

Smith said that after the most recent flooding event in May 2022, he and Parker looked into hovercrafts to see if they would be more effective and efficient in water rescues.

"We've had scenarios where we had victims that we couldn't reach with air boats, and we just didn't have another way to get to them at that time. With this equipment here, we will be able to reach those people and rescue very efficiently and safely for our responders and citizens," Smith said.

The county appropriated funds for the county to look into and eventually bring a hovercraft back to Muskogee County for emergency use. While the county currently has just one hovercraft, it could look into getting another one if the need arises.