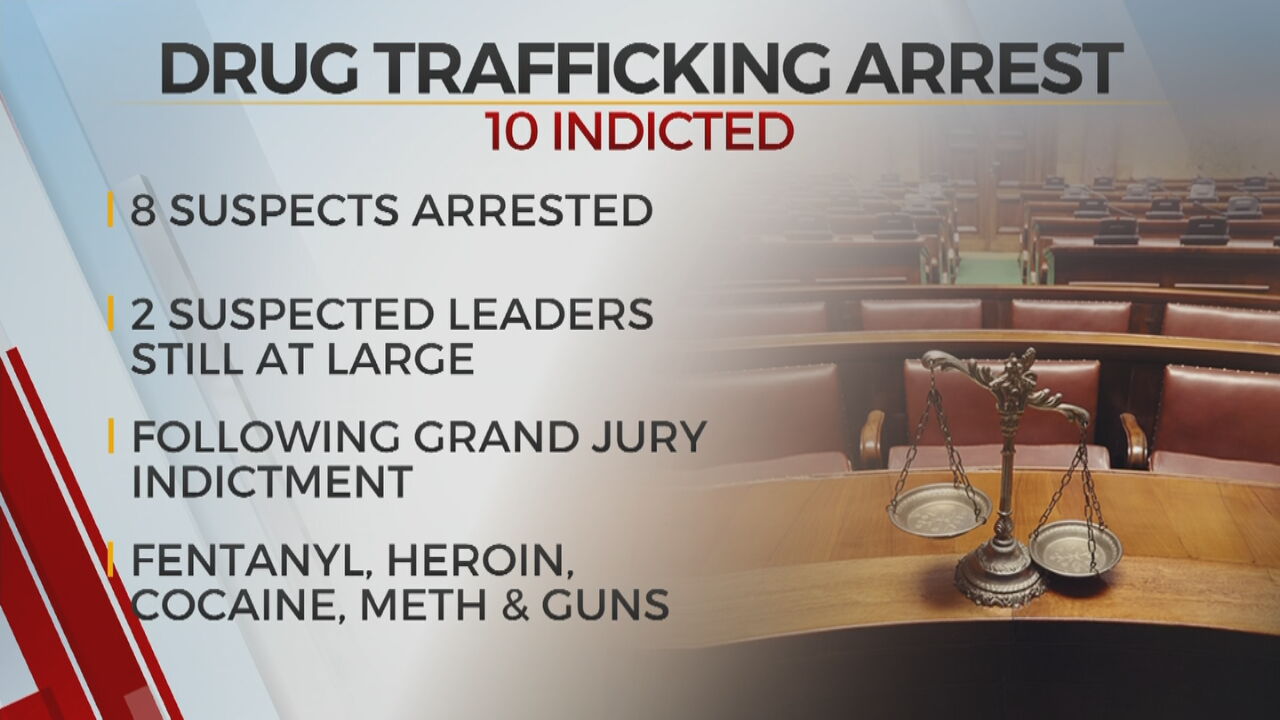 Federal prosecutors say eight members of a drug trafficking organization are in custody thanks to "Operation Dirt Stain" in Tulsa.

The District Attorney for Oklahoma's Northern district says the two suspected leaders of the organization are still at large.

This comes after a federal grand jury indicted 10 members of the group based in Mexico.

During a search, the District Attorney's office says investigators found 5,000 fentanyl pills, almost two pounds of heroin, just over a pound of cocaine, more than half a pound of meth and eight guns.