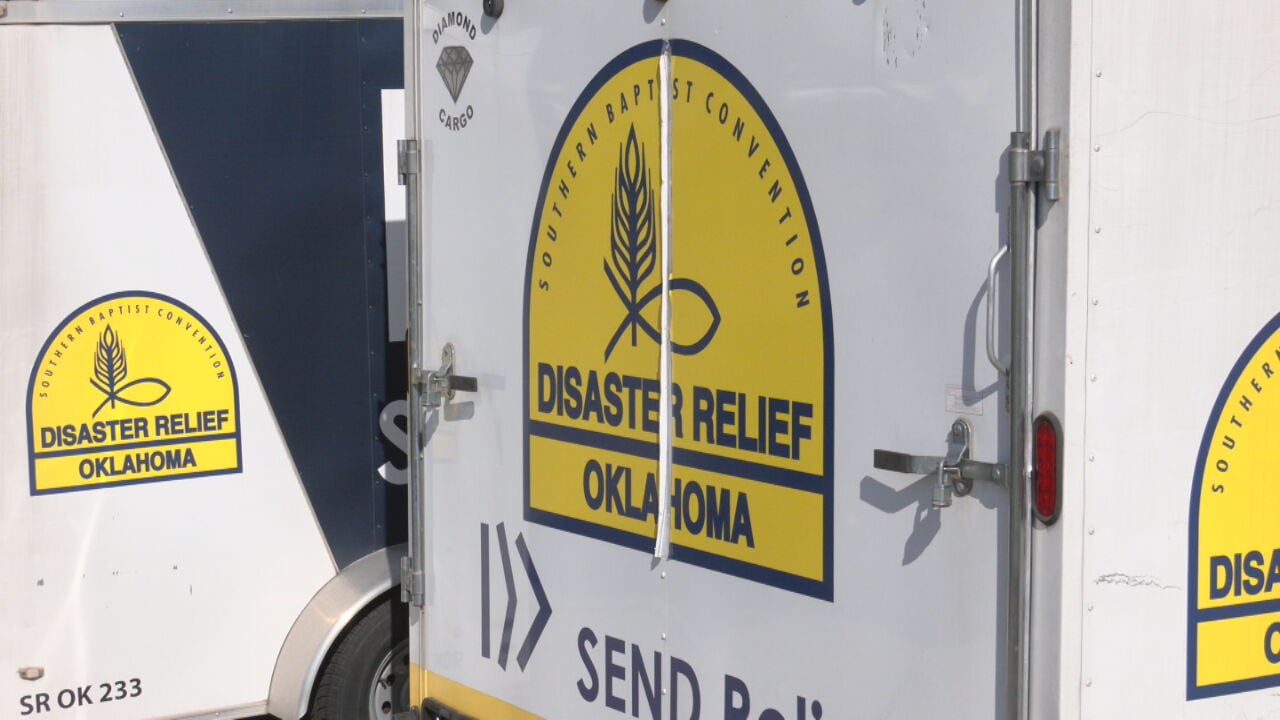 More volunteers from Oklahoma are getting ready to go to Florida. A relief team is leaving Friday morning to prepare meals and help cleanup after Hurricane Ian.

A chainsaw team in Claremore will join them. They're going out to break down some of the thousands of broken trees and limbs, but cleanup is only part of the job.

Danny Cotner and his chainsaw team have cut down destruction all over the country.

It's always a mess and Florida will be no different. Mangled branches and twisted limbs still litter the part of the state east of Orlando, which Cotner and the rest of the Oklahoma Baptist Disaster relief team are headed to.

“You know when we do our training we tell our guys, cutting a tree is not the most important part. And so if a homeowner is standing out there it’s okay to put that saw down and talk to them. Hear their story and just let them talk. That’s healing in its own way," Cotner said. “They see their stuff carried out to the curb. Stuff that they’ve built a lifetime gathering or trees maybe that they’ve planted ... It’s hard when you see your fellow man suffering and dealing with loss like that.”

Cotner's crew is there to help during some of people's darkest moments so they make sure to pack a little light.

“We go in and meet the people’s physical needs, cleaning up their yards and through that process we hope we get the right and the opportunity to meet their spiritual needs also," he said.

It's tough work and long days, but knowing that they've helped is healing for the relief crews too.

The chainsaw team leaves bright and early at 6:00 a.m. on Friday. The crew of nine joins more than 30 others who will fill different recovery roles. They'll return on Oct. 17.