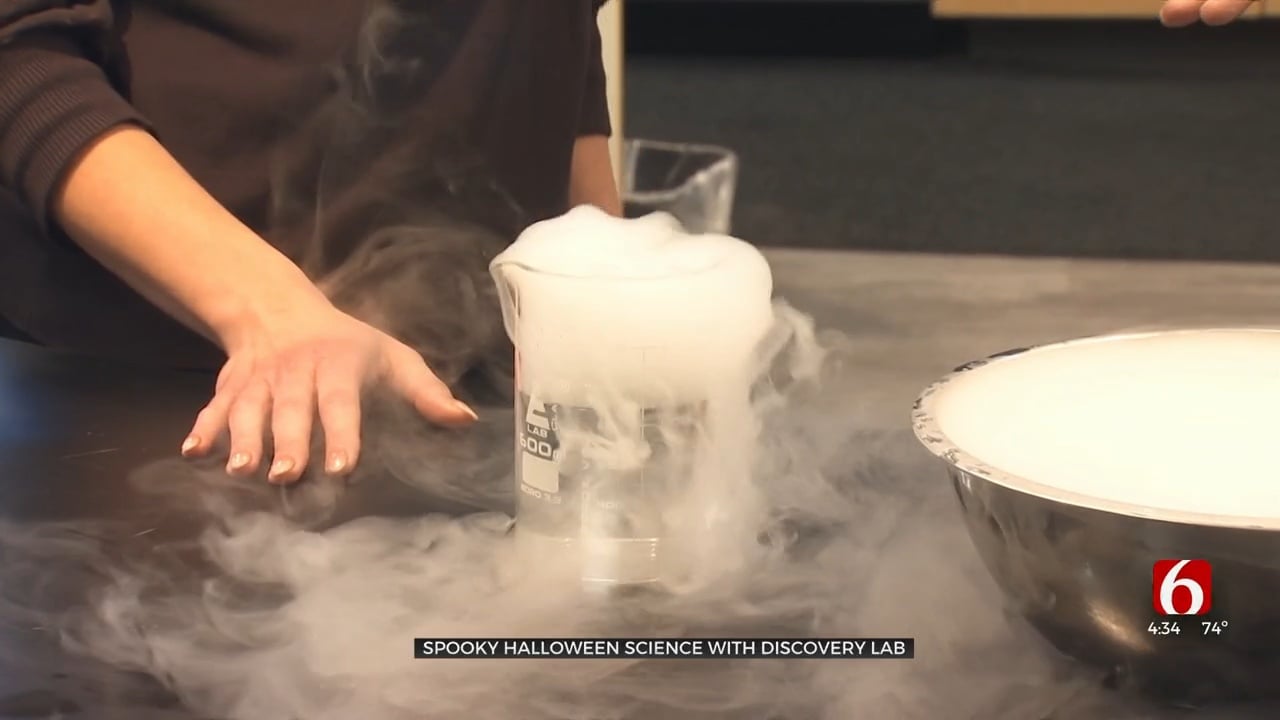 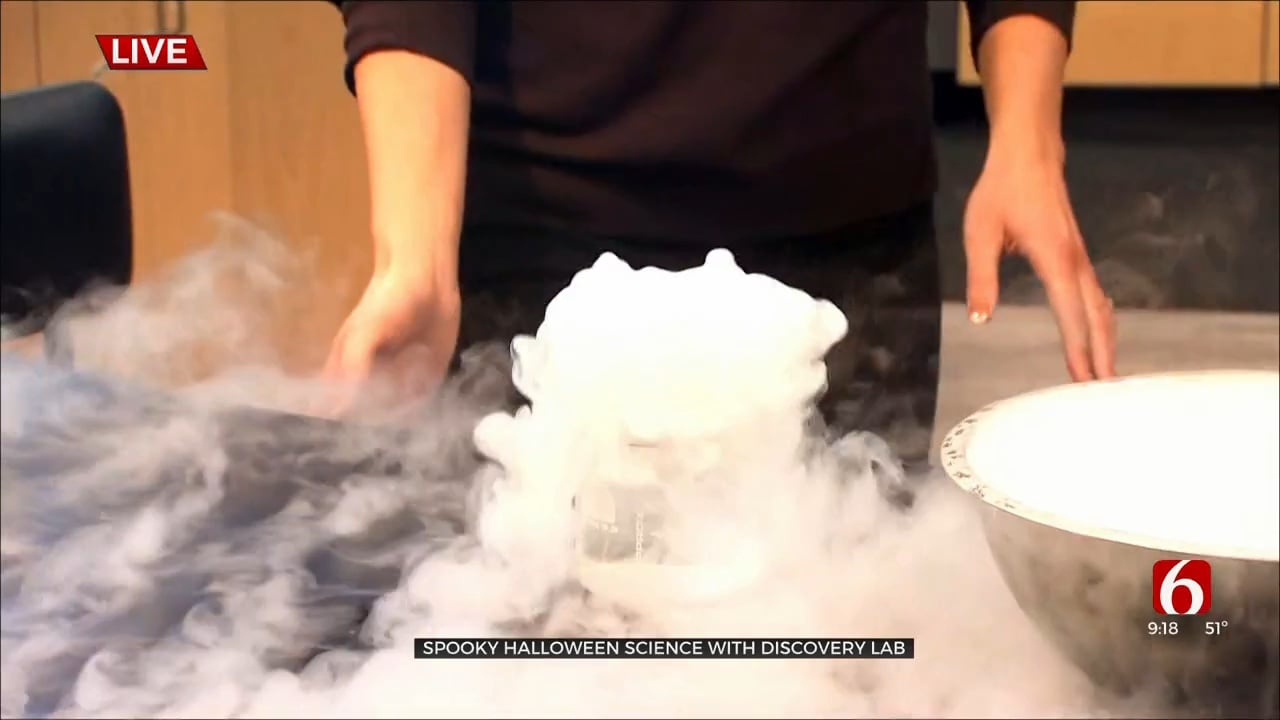 You can learn about science in spooky ways this Halloween at Tulsa’s Discovery Lab.

Concoctions are brewing in the science lab, and what's spookier than fog on Halloween?

A few experiments show how it's made. There are a few different ways to create fog just like you see in the sky.

Director of Education Chip Lindsey said one way is to put a piece of dry ice in warm water. He said the dry ice makes a cold layer of air and the warm water surrounding it makes fog.

Another way is to take the fog and put in a bubble solution made up of water and soap. The fog gets trapped in soap bubbles, but when you pop them, it turns into fog again.

He said dry ice can be dangerous, so don't touch it without wearing a glove.

"But really, uncovering the science behind what is fog, it's not smoke. It's not from something burning. It's from water in the atmosphere called humidity, condensing the tiny little droplets of liquid water. But they're so tiny, they get carried on the air as fog,” Lindsey said.

When the fog is lifted, these experiments are proving science can be spooky and fun at the same time.