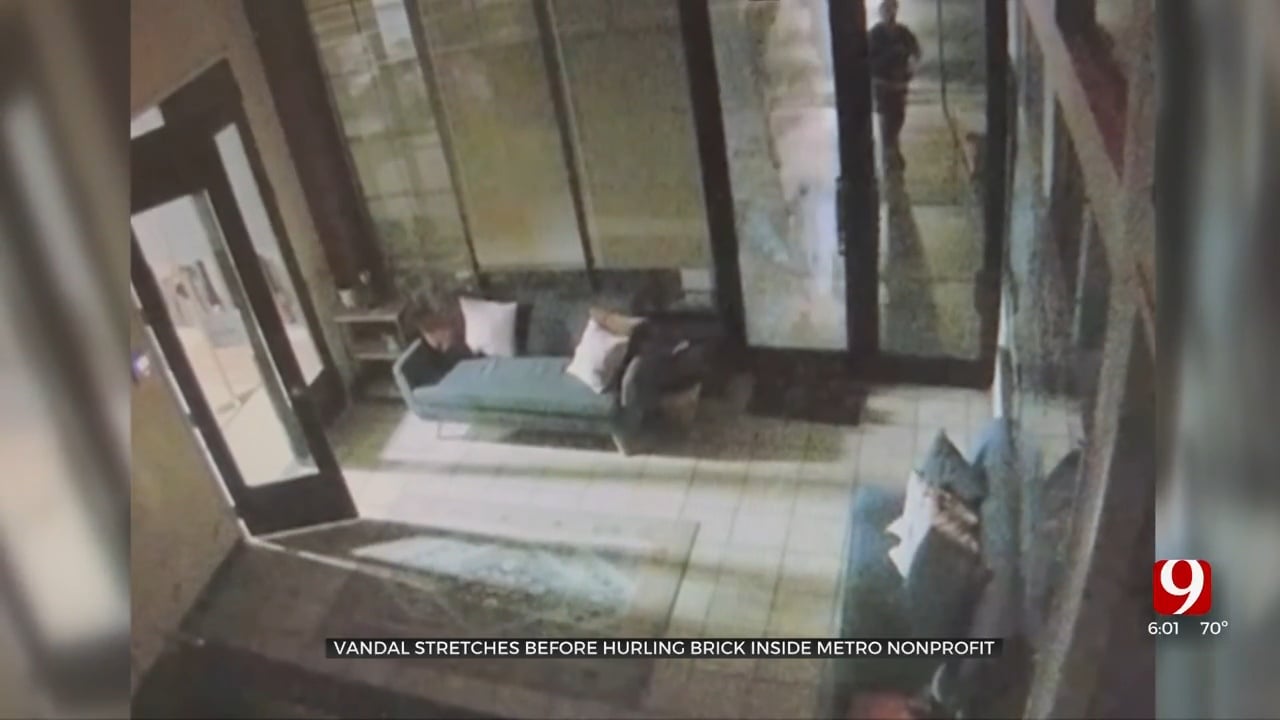 An Oklahoma City non-profit is recovering after a vandal smashed their front door.

The executive director of Calm Waters said someone smashed the front door with a piece of concrete just before midnight Friday.

Security cameras captured the moment an unknown person flung the concrete through the glass and walked away.

“It's just nerve racking to come to your facility and see that someone had taken advantage of it,” said Engelke.

She said glass covered the front entryway and stretched down the hall to the place where the piece of concrete eventually stopped.

The vandal didn’t enter and didn’t return, which leads Engelke to believe it was a random act.

She did find one part of the footage strange. The person appears to stretch before hurling the concrete chunk.

Calm Waters was not the only place targeted on the block.

“Unfortunately, our neighbors down the street here were vandalized in a similar fashion,” said Engelke.

She said that business was also robbed, but it's unclear if the two are connected.

Engelke hopes whoever hit their door didn't steal a sense of safety.

Calm Waters provides grief counseling for those dealing with divorce, loss or other forms of trauma.

Engelke's thoughts quickly turned to the more than 12,000 kids, teens and adults they've served at this location over the last 2 years.

“They already come to us feeling just traumatized by their own grief and loss,” she said. “The last thing I want them to feel is less secure when they come here.”