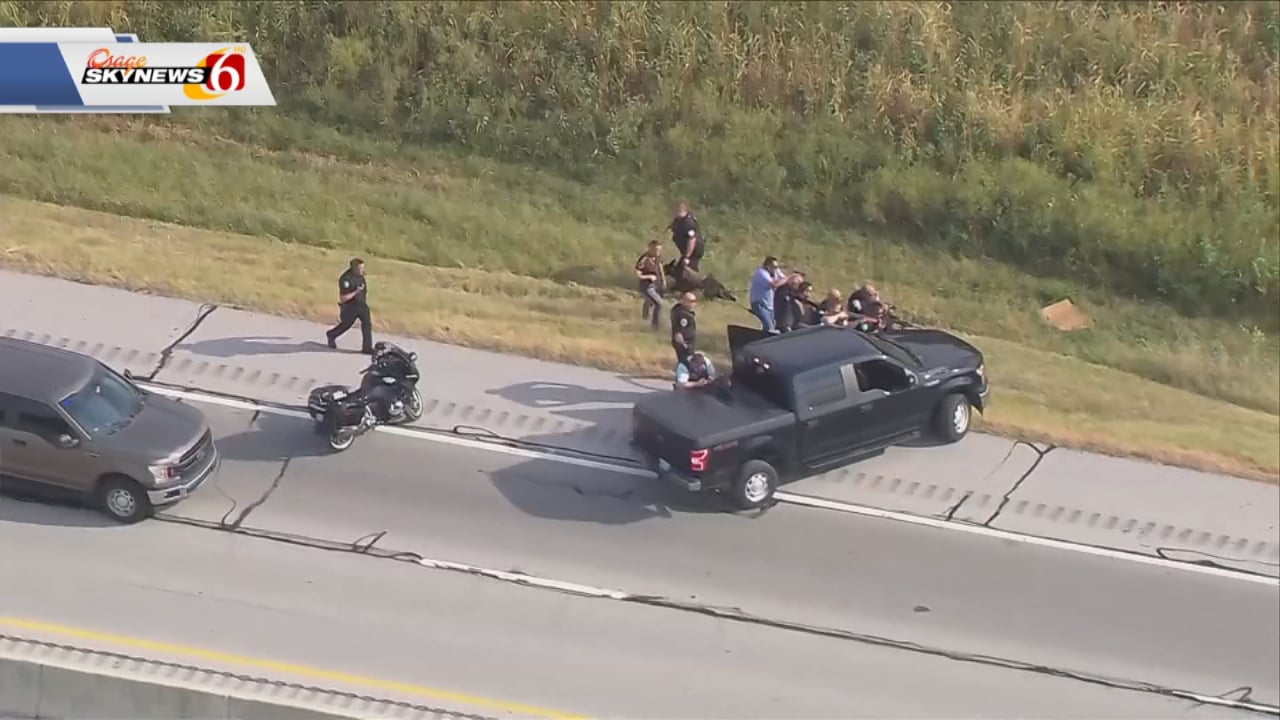 The Roger's County Sheriff says his deputy and two Claremore police officers have been cleared of wrongdoing after shooting and killing a burglary suspect.

Investigators say the suspect had escaped custody last month, broke into houses, and led police on a chase before charging at officers.

"His hands were folded together as one would to hold a handgun, and that's when he starts making the overt moves of positioning them and even simulating if you see his hands, he simulates recoil," Sheriff Scott Walton said.

Police say Bobby Johnston had escaped custody while being evaluated at Claremore Hospital. They say he broke into some houses, and then stole someone's car, leading officers on a chase. Police say he crashed near the Will Rogers Turnpike and ran into the woods, then later appeared and began running at officers.

"We look at these decisions these officers had to go through and there's no time to be wrong," Walton said.

Walton says while Johnston didn't have a gun in his hands, he made every indication that he did.

"These guys made quick decisions, that saved their lives, unfortunately, it took the life of a guy that made some bad decisions and forced law enforcement to take his life," he said.

Walton says while the deputy and officers were cleared, the loss of life is a weight they will carry with them.

"If anybody thinks this is what police officers wake up to do, they are tragically wrong," he said.

He says his deputy will now get ready to go back to work. We called the Claremore Police Department and the District Attorney's Office for comment but did not hear back.