By: News On 6, Amy Slanchik 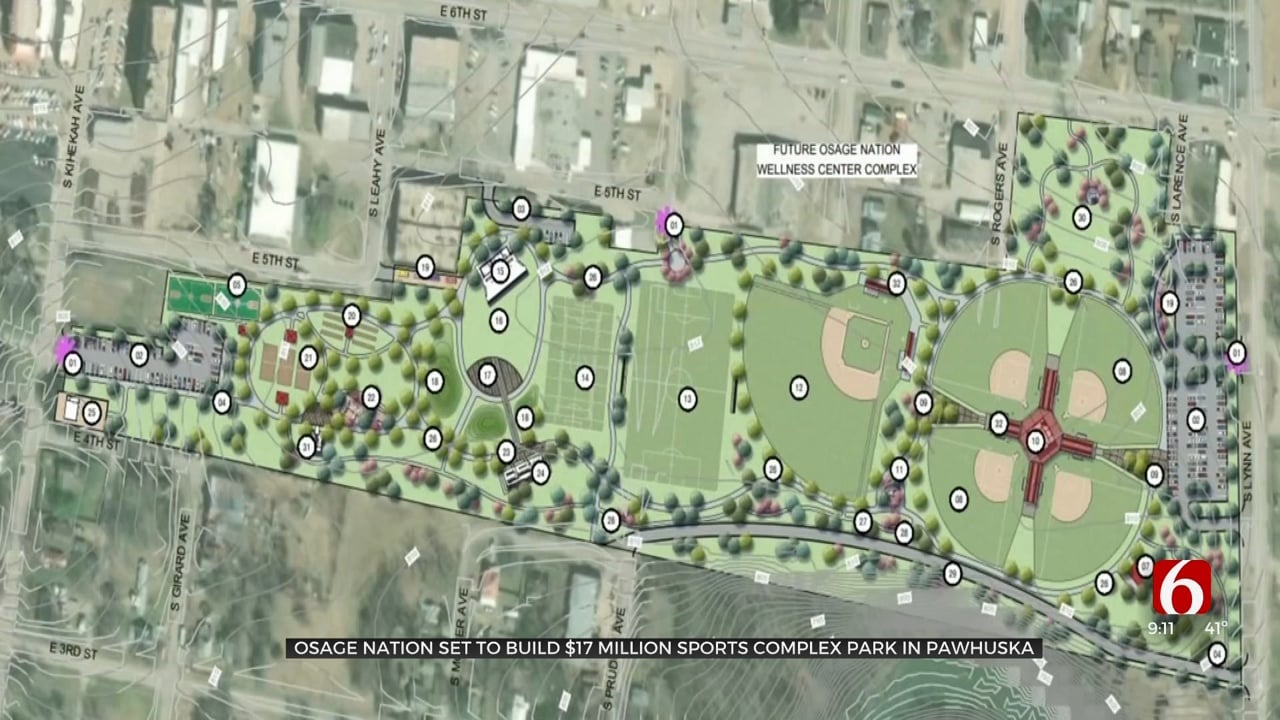 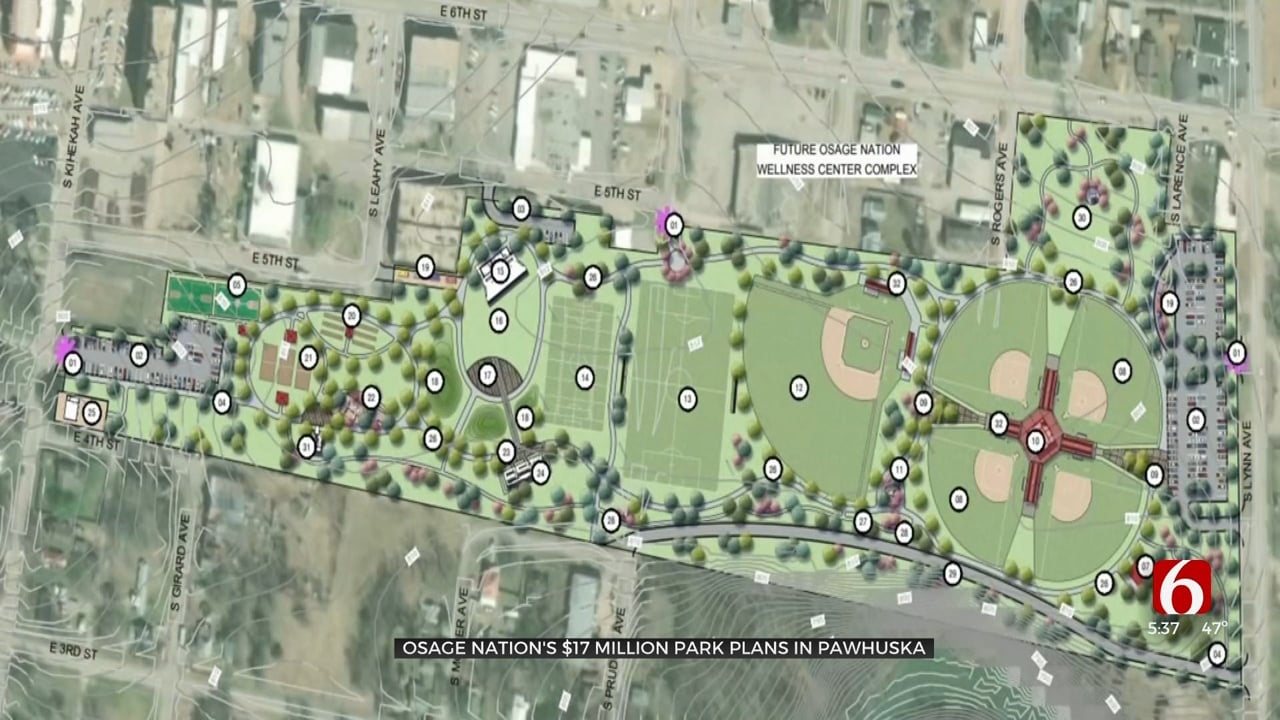 Pawhuska’s City Council recently voted to remove part of a street in town, paving the way for the Osage Nation to build a multimillion-dollar park.

The roughly 25 acres of land south of Main Street that used to be a railroad right of way sits almost empty now.

But Osage Nation Secretary of Development Christian Johnson has big dreams for it. He is calling it an “outdoor health complex.”

It is expected to cost about $17 million, and Johnson said the land needs to be remediated because there are lead and arsenic problems.

But he said there are plans for pickleball, an amphitheater and more.

“Right here is the Osage Nation Visitors Center. And those are four softball fields, a regulation baseball field, regulation soccer field,” he said while pointing to a rendering.

The tribe already owns the land, and the Pawhuska City Council voted unanimously about a week ago to give up part of a city street for the project, knowing a new road will be built for the people who live in the neighborhood.

Prudom Avenue sits in the middle of where the park would go. Mayor Roger Taylor voted for the change.

"Virtually they wanna shut down part of Prudom one block and open to the east of us here, a brand new road. So it looks like everything's gonna be a real positive thing for Pawhuska,” Taylor said.

But not everyone is on board. Several Osage Nation Congressional members have concerns about funding.

"I was elected, as other members of Congress were, to serve all Osages all over the United States, wherever they may be located. And a $15 million sports complex in Pawhuska, no matter how beautiful it was, how's it gonna benefit Osages outside of Osage County?" Tillman said. “But if we find funding outside of the tribal nation, I'm OK with it. But if you're asking us for tribal dollars, I really have a tough time getting behind it."

Congressional Member Eli Potts released a statement, calling the park a "legacy project" and saying in part, "I have Osage constituents in Hominy that need a grocery store, Fairfax that need better access to healthcare, and in Skiatook, Bartlesville, Tulsa, Sand Springs and Owasso who need rental assistance, affordable housing, and childcare assistance, all while struggling with record inflation."

Congressional Member Jodie Revard said on the phone she is not against the project, but said she can't support it right now and said she is just trying to prioritize funding.

Right now, Johnson’s office said about $2 million are committed to the project, through the Osage Nation Roads Department, and two energy companies he's not ready to name.

Johnson’s office said Prudom will not close until the new road is built, and there is no timeline for that yet.

But there is an end goal in mind.

"The goal is to have this done by the time Chief Standing Bear is out of office in four years,” Johnson said.