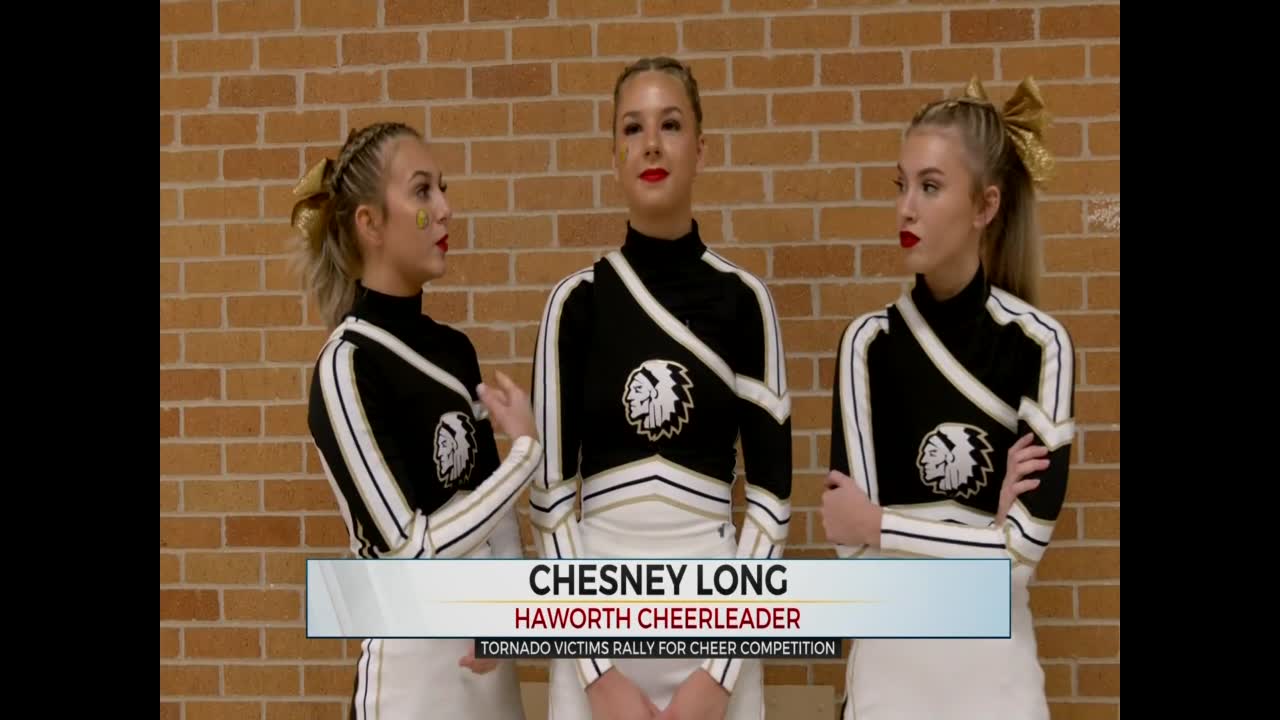 The night before cheerleaders in McCurtain County were set to leave for regionals, a tornado tore through their town.

Some of the cheerleaders said this week has been rough for them. They've had to find a balance between cleaning up storm damage and preparing for the state championships.

Smiling from ear-to-ear, cheerleaders from Haworth High School took to the mat led by a remarkable group of seniors.

When you watch Haworth along with other teams from McCurtain County perform, it's easy to forget about the challenges they face off the mat. Homes and businesses sustained extensive damage from the EF4 tornado Nov. 4.

"Driving around it doesn't look like our town anymore," Chesney Long said.

"Me and her both live in Idabel. It hit her house directly," Ella Hammonds said.

Despite crews still cleaning up the destruction the tornado left in their communities, Haworth coach Terah Wright said their spirit didn't dwindle.

"A couple of girls, two or three, couldn't come to school because they didn't have a car. We didn't have electricity for several days, but they did come to night practices," Wright said.

"They were upset they were emotional, but they made it.”

Wright tells News 9 that they're use to adversity.

"If we go to a gym to learn to tumble or practice stunts, we have to drive an hour. We go Texas or Arkansas," Wright said.

Cheerleaders tell News 9 they weren't going to let a storm stop them from leaving it all on the floor, some for the last time.

"It's not just coming up here to gain another notch on our belt. It's coming up here as a family to bring back a prize to our community - everyone - not just Haworth but McCurtain county as a whole," Long said.