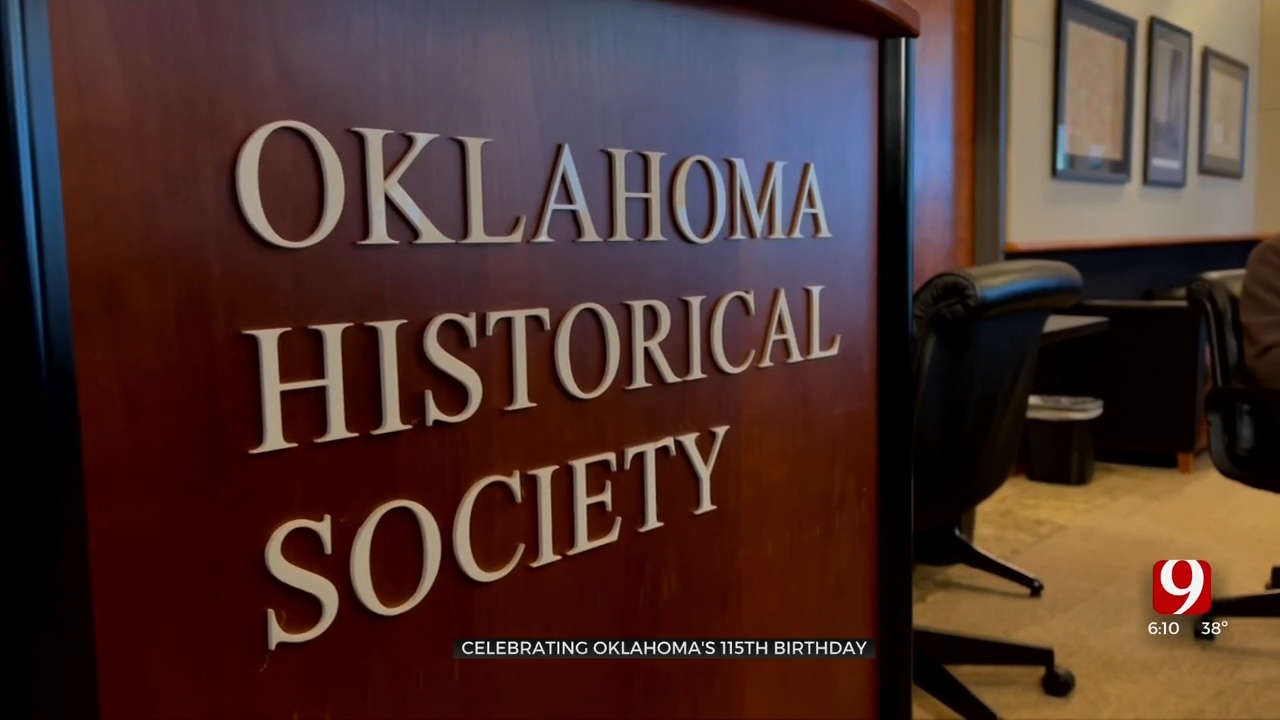 The state of Oklahoma turned 115 years old this week.

Choctaw Chief Allen Wright suggested the name Oklahoma which means "red people" during treaty negotiations. The name was intended to represent the people indigenous to the land.

When celebrating the state's foundation, most begin with its history.

The basement at the Oklahoma History Center holds precious moments in the state’s life.

Some may call this OHC interim director Jeff Briley’s domain.

“The variety of stories are just rich beyond all get out,” Briley said.

He dedicated 43 years of his life to the archives, photographs, documents and maps held below ground.

Even the parts of that Oklahomans see daily, like the state flag.

“This is as close to original as it gets,” said Briley while pulling out a framed, hand painted flag bearing the name: Louise Fluke.

Briley said Fluke designed the flag after a trip to the Oklahoma Historical Society in 1926.

“And hanging on the wall was a shield that belonged to a guy named Blackdog,” Briley said as he opened a cabinet.

Opening the bottom drawer, he revealed the shield. For nearly 100 years, it been the symbol of the state and its story.

Some Oklahomans shared a significant part of that story.

“I was not born before statehood,” laughs former Governor George Nigh. “But I’m happy I got close to it.”

Oklahoma was only 20 years old when Nigh was born.

“I’m so proud of our history and what we’ve done,” said Nigh, once a history teacher himself.

He is also proud of those who helped the state stand out.

“You tell me an area,” Nigh said. “I can almost think of someone from Oklahoma whose made it No. 1.”

“Statehood Day” is a day worth celebrating for Briley.

“It has special meaning because this is a special commemoration day in a long evolution,” Briley said.