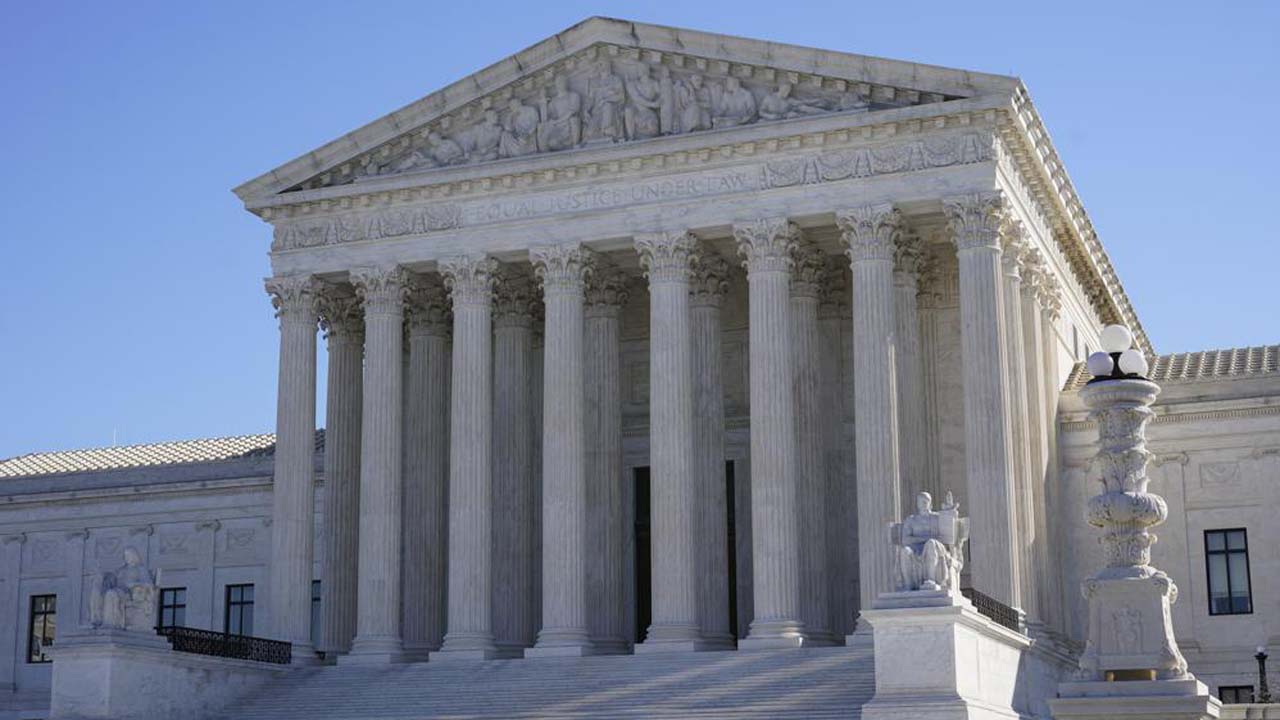 The Supreme Court on Tuesday declined to block the Treasury Department from turning over several years of former President Donald Trump's tax returns to the House Ways and Means Committee, clearing the way for Democrats to obtain the records weeks before Republicans take control of the House in January.

The latest order from the full court dissolves an interim stay issued by Chief Justice John Roberts, who oversees emergency matters arising from the U.S. Court of Appeals for the District of Columbia Circuit, that kept the House panel from obtaining Trump's records. There were no noted dissents.

House Speaker Nancy Pelosi on Tuesday applauded the decision, saying the "documents are vital to meeting the House's Constitutional mandate: guarding the public interest, defending our national security and holding our public officials to account."

The dispute between Trump and the Ways and Means Committee arose from an April 2019 request from Chairman Richard Neal to the Internal Revenue Service for Trump's individual tax records and those of eight of his business entities for 2013 to 2018. Neal, a Massachusetts Democrat, made the request under a federal law that allows the Ways and Means chairman to request certain individuals' tax returns.

Neal is seeking the returns to determine whether Trump and his companies are complying with tax laws, and to oversee whether the IRS audit of the former president was conducted "fully and appropriately."

At the time, the Treasury Department declined to comply, arguing the request was not supported by a legitimate legislative purpose. House Democrats then sued the IRS and department to force them to turn over the tax information.

After the change in presidential administrations, and with the court fight ongoing, Neal renewed his request for five years of income tax returns from Trump and his businesses for 2015 to 2020. The Justice Department's Office of Legal Counsel also issued an opinion finding the committee had invoked "sufficient reasons'' for requesting Trump's tax information and that the Treasury Department had to turn over the records, a reversal from a legal analysis conducted under the Trump administration. The Treasury said it intended to comply with Neal's later request and turn over the materials to Congress.

Trump again sought to block the release of his tax records, arguing Democrats' lacked a valid legislative purpose for seeking his returns and the request violated the Constitution in part because it was politically motivated. But a federal district court sided with the Democrats, finding Neal's request furthers Congress's study of the presidential audit program. The three-judge panel on the D.C. Circuit affirmed the lower court's decision.

"While it is possible that Congress may attempt to threaten the sitting president with an invasive request after leaving office, every president takes office knowing that he will be subject to the same laws as all other citizens upon leaving office," Sentelle wrote. "This is a feature of our democratic republic, not a bug."

Trump asked the full D.C. Circuit to reconsider the decision, but it declined to rehear the case.

The IRS was set to release the former president's financial records to the Ways and Means Committee on Nov. 3, but Trump asked the Supreme Court to intervene and stop the agency from turning his returns over. Roberts' temporary stay blocked their release.

In his filing with the high court, Trump's lawyers warned the legal fight between the former president and the House committee raises separation of powers questions that will affect future presidents.

"The committee's purpose in requesting President Trump's tax returns has nothing to do with funding or staffing issues at the IRS and everything to do with releasing the president's tax information to the public," they claimed.

But in asking the Supreme Court to allow the House to obtain Trump's records, the Biden administration reiterated the lower courts' conclusions that Neal's request serves a legitimate legislative purpose, and it "warranted involvement of the former president's papers because it implicated a program applicable only to the president and vice president."

Solicitor General Elizabeth Prelogar wrote, "The request was not overly broad; the request offered detailed and specific evidence that the requested tax information would further its purpose; and the request would not unduly burden the former president, the incumbent, or the institution of the presidency."

In a separate filing, lawyers for the Ways and Means Committee told the Supreme Court that Trump's single term in office raised and amplified concerns about the IRS's ability to effectively apply federal tax laws to presidents.

"Unlike his predecessors, Mr. Trump owned a complex web of businesses, engaged in business activities internationally, had a history of aggressive tax avoidance (as he has boasted), claimed to be under 'continuous audit' since before his presidency, and repeatedly denounced IRS audits of him as 'unfair," they wrote, adding that these "substantial concerns" prompted Neal to start an investigation of the tax agency's presidential audit program with respect to Trump's returns.

"Delaying Treasury from providing the requested tax information would leave the committee and Congress as a whole little or no time to complete their legislative work during this Congress, which is quickly approaching its end," they said.