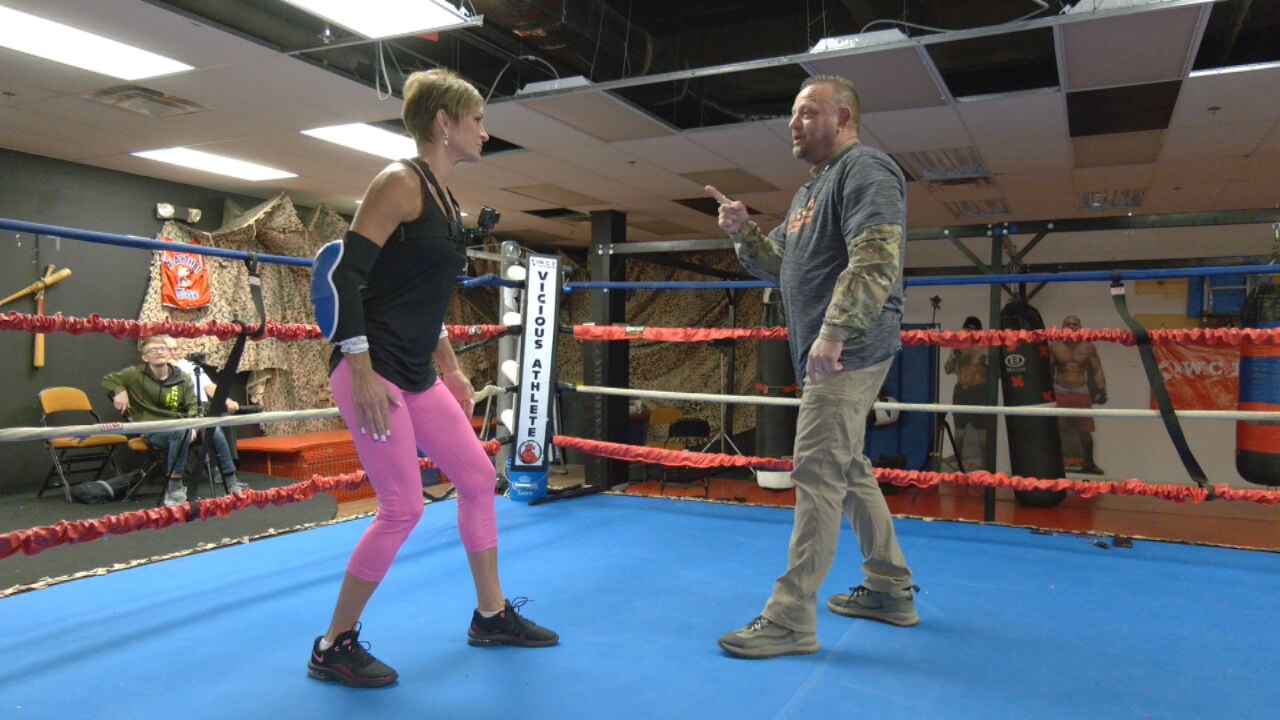 Lots of shoppers will be out on Black Friday as the holiday shopping season kicks off -- and that means, lots of criminals will be out as well.

Protecting yourself starts with two things: Being aware by putting down your phone and really looking at people and their behaviors and being prepared.

Stop thinking, "it won't happen to me," and start believing, "today could be the day I have to fight off an attacker" because as a security expert once said: “Just because you can't see the lion in the tall grass doesn't mean he isn’t there, watching you.”

Here are three moves that can help you escape an attacker.

Craig Blacklock with World Class Fighting and Fitness in Tulsa trains champion fighters and is a security expert.

He says to defend yourself, you need to escalate and separate.

That means 3-second bursts of violence over and over until you get away.

Every attacker no matter how big or tough has to breathe, so move No. 1 is an open-handed hard strike to the throat.

Use all your body weight to hit, not push, their throat and run past them, forcing them to turn around to catch you.

If you turn to run away, they just need a couple of steps to get to you.

"There's no mistake. Something's not right here. Everyone who hears a woman yell, 'Rape!' or a young child is going to stop," explains Blacklock.

Move No. 2 is an eye scratch, not a poke or gouge.

“For practice, scratch the eyebrow, just like that. What you just did to my eyebrow: do that to the eyeball. It would've caused blindness in the eye,” instructs Blacklock.

He says the goal is, "Escalating violence in the shortest amount of time and trying to get away."

He added: this is not like a bar fight where two guys go at it. This is a blitz attack from someone who wants to steal from you, sexually assault you, or for whatever reason, just wants you to stop breathing.

"This person is now the enemy. You're at war," says Blacklock.

“You're just doing this. Run your body into my hand. See how painful that is. Stop thinking you're going to do fighting techniques or fancy moves. Keep it simple,” says Blacklock.

And when they grab you from behind, he says, put your hands on top of theirs.

"You have control of your base and your balance. Keep your hands up there, I'm trying to hit you, now back into me. Now spin with an elbow, right to my face, like we've been working on. And you're gone,” says Blacklock.

He demonstrates, "I grab your hair. Back into me. Spin, boom, there it was, right there."

He says you need to protect yourself but also realize you are trying to survive -- and you may get hurt, so you need to be willing to hurt them back.

He says it’s important to practice these scenarios over and over. If you get knocked to the ground do your best to get back up because the only time you want to go to the ground is if they’re trying to get you into a vehicle.

Blacklock says be ready to confront someone who’s approaching you or setting off your gut instinct, and don’t worry so much about being rude.

He says criminals use our kindness against us, to let people get too close or situations go too far, before we realize we're in trouble.