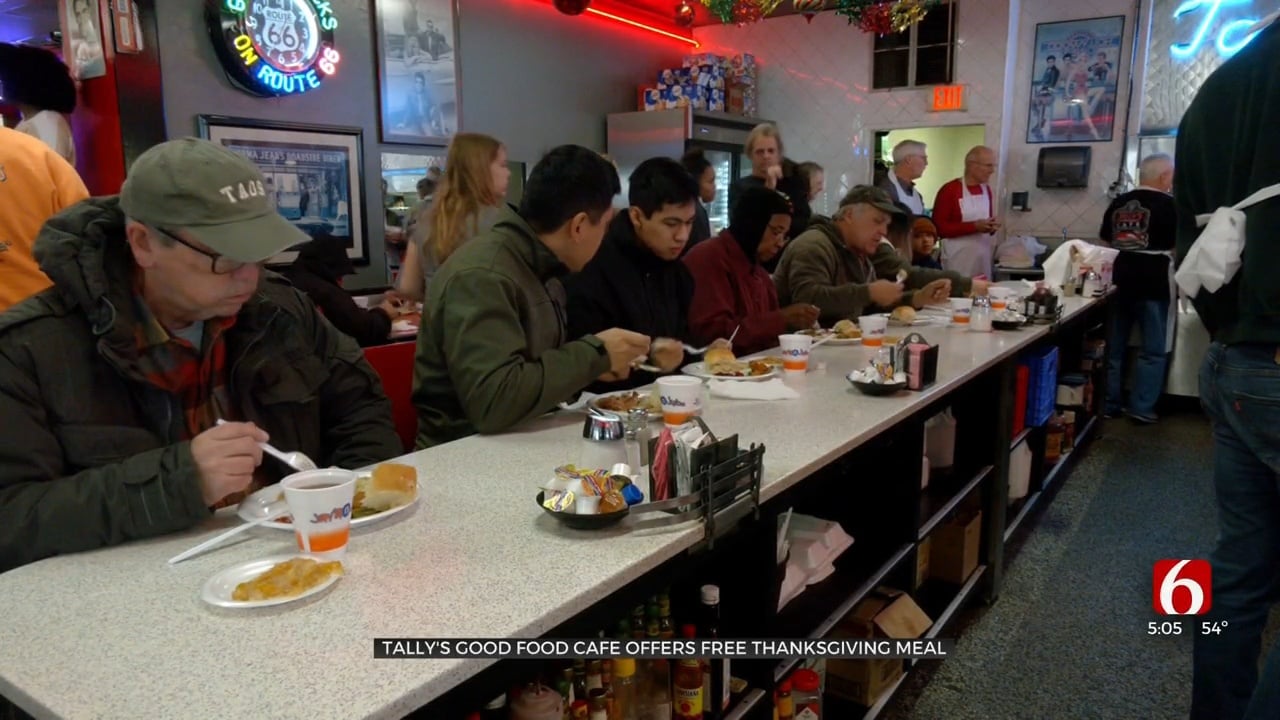 A local restaurant is carrying on tradition of providing a free Thanksgiving meal to anyone who walks in.

The owner says it's his way of showing his gratitude, sharing joy and food with others.

On a rainy Thanksgiving morning, people lined up outside Tally’s Good Food Cafe.

"It means a lot when you know that somebody cares for other people, than themselves,” said G.L. Hamlet, the first person in line. He got there at 6 a.m.

Hamlet’s family is in Texas, but for decades, he's been spending his holiday at Tally’s with who he calls his second family.

Going on 35 years now, Owner Tally Alame spends his Thanksgiving at his restaurant.

He opens the restaurant for anyone to eat at no cost, no questions asked, just a welcome with a smile.

"It's just, people are struggling in life, and right now prices are so high. People cannot afford to put Thanksgiving dinner on the table. And I want to provide that, I don't want to leave anyone out without having Thanksgiving meal,” Alame said.

But people aren't just coming for the food, it's about being together.

"It's great to have it with the family, but I look at it as if everyone around here is family. It's a new family, it's a Tulsa family,” said Michael Cunningham, who moved from California to Tulsa.

The restaurant was filled with smells of a homecooked meal, sounds of laughter and conversations, and sights of smiles.

"It's worth every bit of it. It does my heart good. Everyone is happy and that's the whole idea, share it with others,” Alame said.