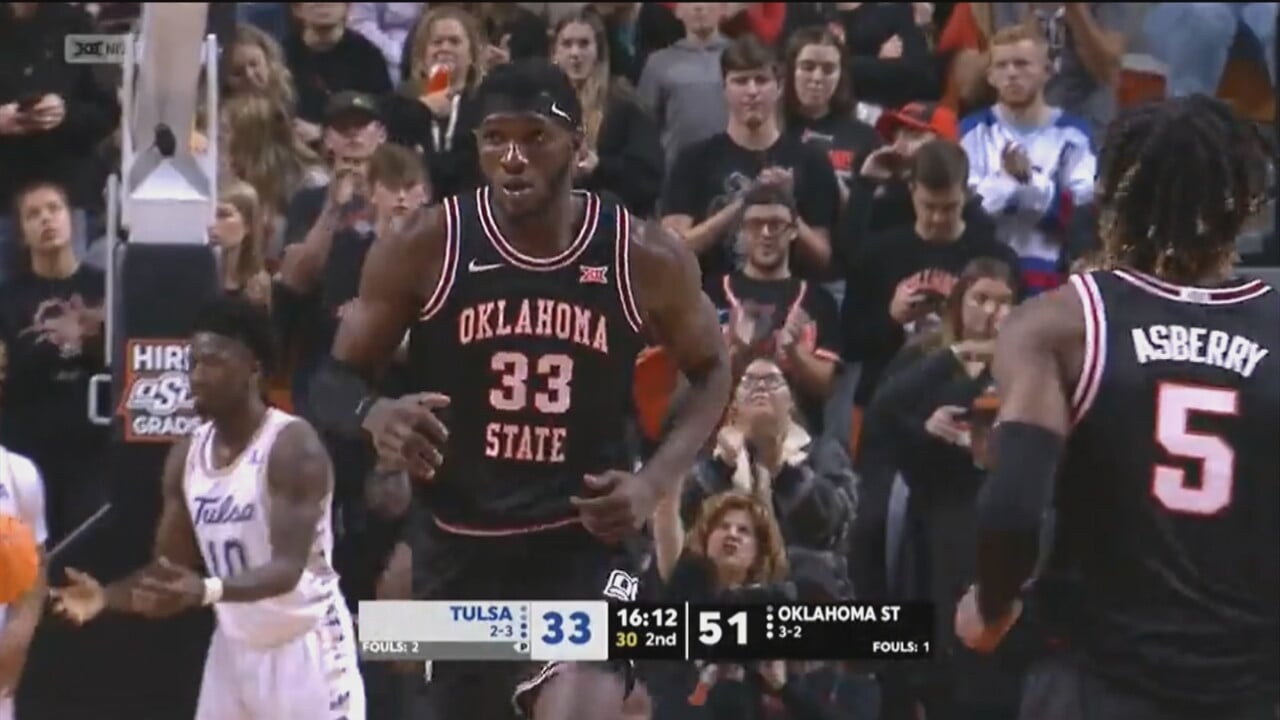 Bryce Thompson made four 3-pointers and scored 18 points to lead Oklahoma State in an 82-56 rout of Tulsa on Friday night.

Thompson, a 6-foot-6 junior from Tulsa, was 6-of-14 shooting from the floor. Moussa Cisse added 12 points, eight rebounds and three blocks for Oklahoma State (4-2). Tyreek Smith had 10 points.

The Cowboys scored 12 straight points midway through the first half on their way to building a 41-29 lead at the break. They made it a rout in the opening minutes of the second half, using a 35-8 run for their largest lead of the game, 76-37 with 8:49 remaining. Eight Cowboys scored during the surge, led by Thompson’s seven points and six each from Smith and Avery Anderson III.

The Cowboys shot 50% (15 of 30) in the second half and forced seven turnovers. Keyshawn Embery-Simpson was the only Tulsa (2-4) player in double figures, finishing with 10 points on 4-of-10 shooting with a pair of 3-pointers.

Oklahoma State has won three of the last four in a series that dates to 1908. The Cowboys host Prairie View A&M on Sunday before facing No. 20 UConn on the road Thursday.

The Call Up: Kyler Murray Contract & Oklahomans At All-Star Weekend