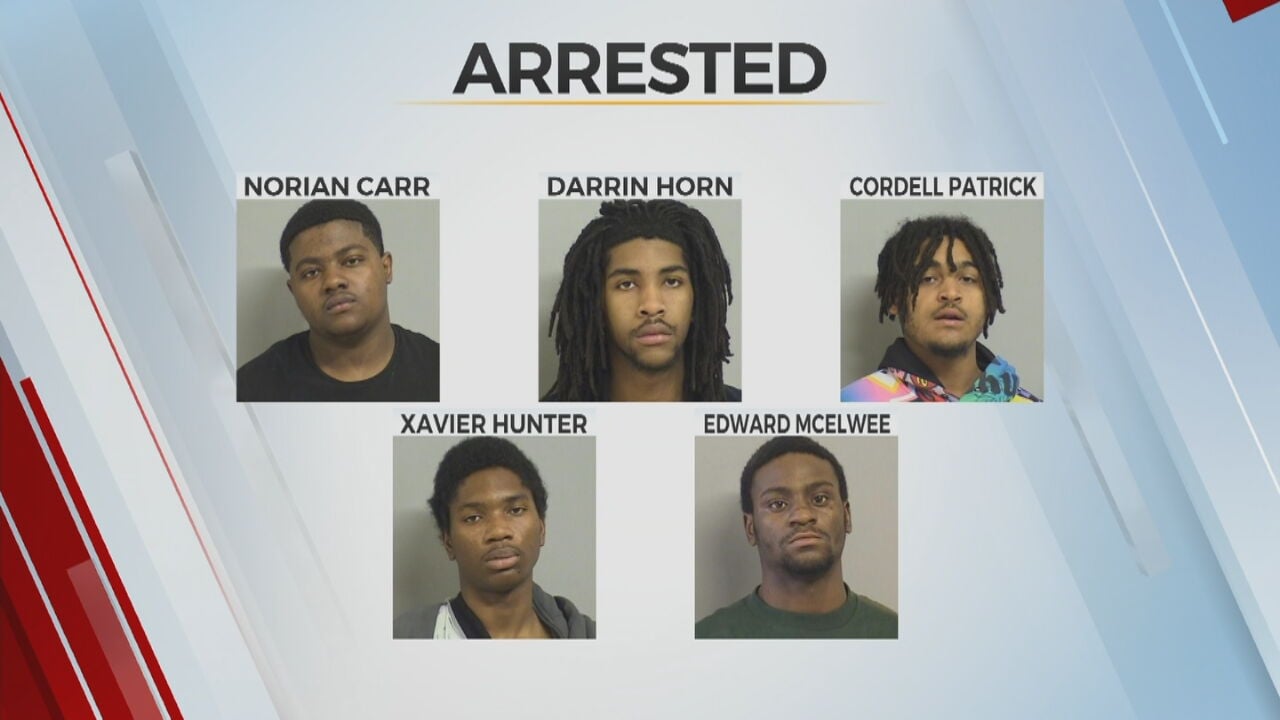 Tulsa Police have arrested five men accused of robbing another man at gunpoint early in November.

According to the police, the victim went to buy a gun from Darrin Horn near East 31st Street and South 129th East Avenue.

Officers say when the victim handed over the money, Horn pointed the gun at him, demanded the victim's wallet, keys and phone and then told him to get out of the car.

Police say three other men also pointed guns at the victim before they all drove off in his car.

Police say they later found the five men in the car.