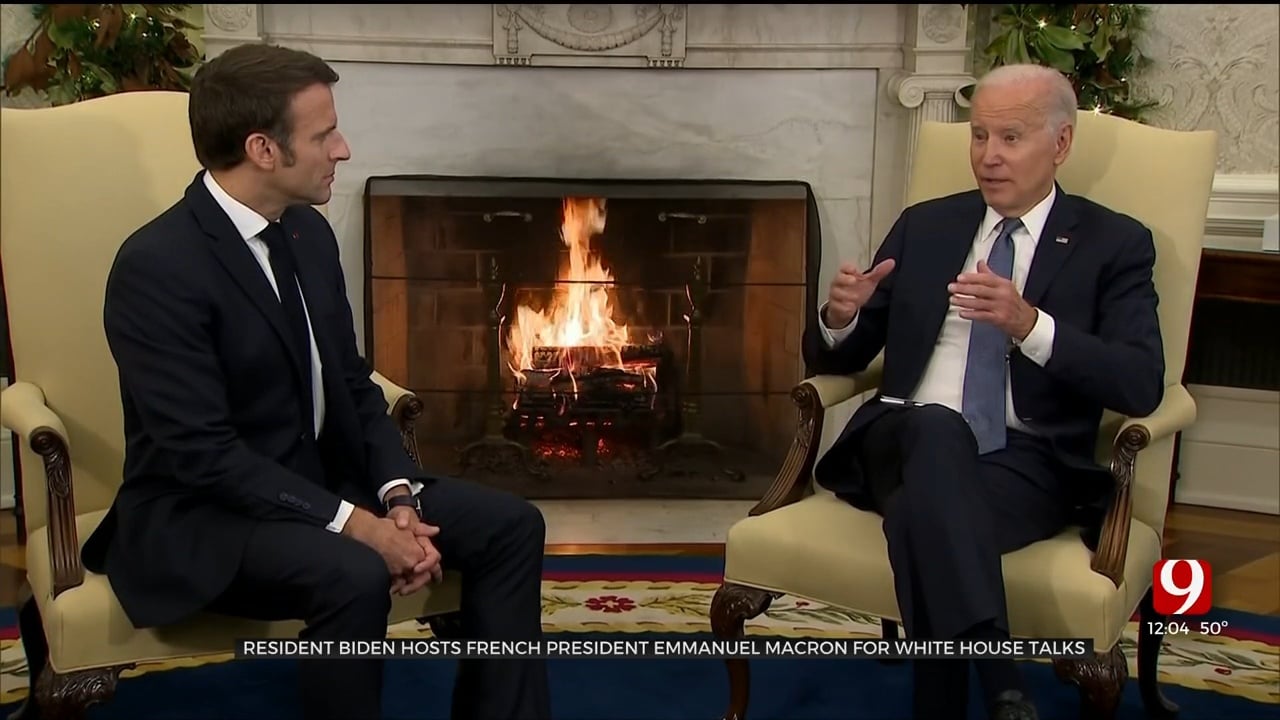 President Biden will host French President Emmanuel Macron for a state dinner at the White House.

The dinner will top off a full day of work as the two leaders discuss a range of topics of mutual interest including the war in Ukraine.

"As war returns to European soil following Russia's aggression against Ukraine, and in light of the multiple crises our nations and our societies face, we need to become brothers in arms once more," Macron said.

The meeting between Macron and Biden shows signs of easing tension between their respective nations after the White House announced the AUKUS deal in 2021. The deal included the United States and United Kingdom selling nuclear submarines to Australia, undermining a preexisting deal France had made with Australia previously.

"Stalwart friends in times of triumph and of trial, France and the United States will meet the future just as we always have," Biden said.

Other issues, such as the two countries relationships with China and the Middle East, will also be topics of discussion between the two leaders.

The state dinner on Thursday will be the first in three years, the last being in 2019 under former President Donald Trump.