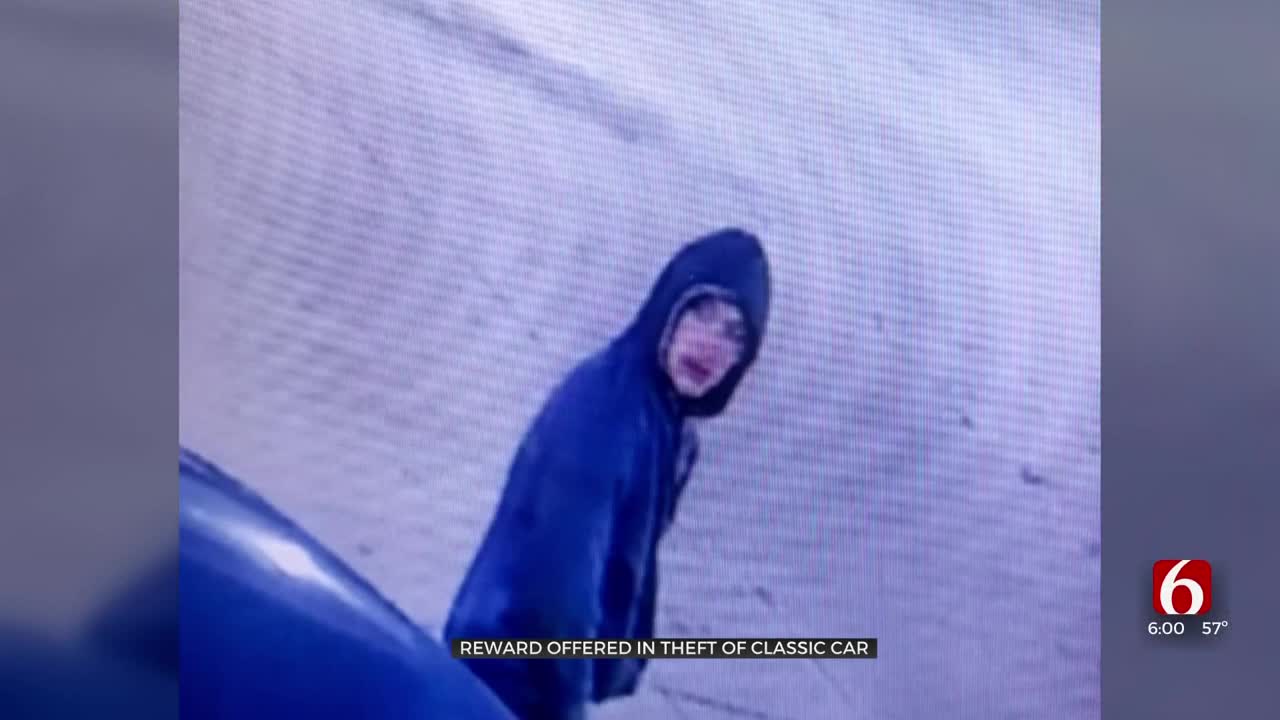 The owner of a 1971 Camaro is offering a cash reward for information about the person who stole his classic car and drove it all the way to another state. Police said the car was found along a highway Friday afternoon in Missouri.

Cameras outside Hosstyle Motorsports off Highway 69 in Checotah captured the thief walking through the store’s parking lot around 7:30 p.m. on Thursday night.

Employees said someone used a cinderblock to smash through an office window.

Once inside, the thief opened the garage door and got away with the Camaro. Employees did not notice the break-in until they opened the business around 8 a.m. on Friday morning.

The car belongs to store owner Hoss Durrett, who was out of town when the break-in happened. Store manager Logan Sands said he had to call his boss about the devastating news.

“They mean quite a bit to him. He was pretty heartbroken when I gave him the bad news this morning,” said Sands.

The owner’s 1965 Riveria was found outside. Employees think the thief tried to take that car but it ran out of gas before he could get away.

Durrett turned to social media to spread the word about the stolen car. He received tips about the car being spotted in the Vinita area about an hour and a half after the break-in.

Police found the Camaro abandoned on the side of a highway north of Joplin on Friday afternoon. Durrett is working to get his car back, and is offering a cash reward of $1,000 for any information on the suspect.