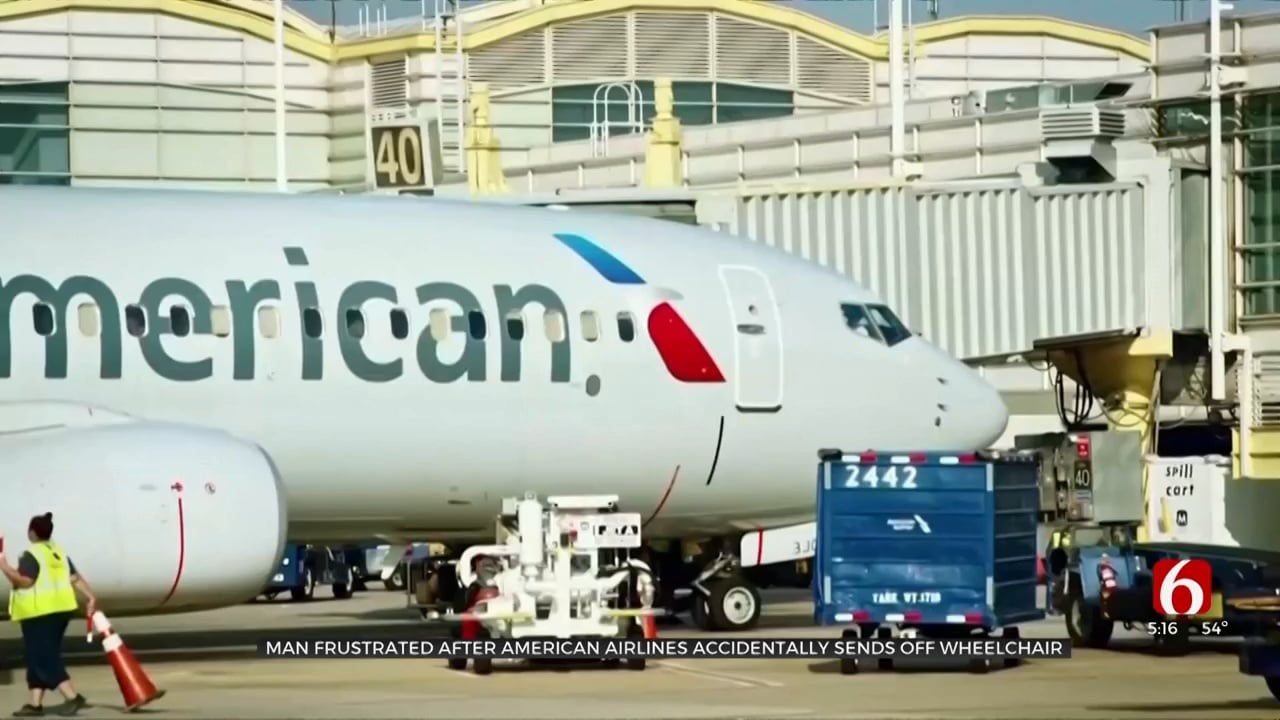 A Tulsa man is calling for airlines to better accommodate customers that need special assistance, after his wheelchair that he uses every day was sent on another flight to the other side of the country. The mistake left him waiting at the airport for hours before he could go home.

Emeka Nnaka said when his flight landed in Tulsa, airport staff informed him that his wheelchair was not on board.

“I’m kind of met with a couple different people and one of the guys is like ‘Hey, I’ve got bad news,” said Nnaka. “He tells me they lost my chair.”

His wheelchair was put in the hands of American Airlines staff to store under the plane after he was strapped in. Nnaka said it was frantic tracking down where his wheelchair was.

American Airlines informed him that the chair was sent on a different flight to Charlotte. Instead of heading home, he was forced to wait until it arrived in Tulsa hours later.

Nnaka said he had to sit in three different chairs at the airport, each becoming unbearable because of his large frame.

“My legs would spasm,” said Nnaka. “I’m having to call for help and they have to call someone big enough to pick me up.”

American Airlines sent News On 6 the following statement, apologizing for what happened: “We strive to deliver a positive travel experience for all of our customers and recognize how important it is to support the independence of customers with disabilities as they travel. We sincerely apologize to Mr. Nnaka for the delay in receiving his assistive device. A member of our team has reached out to the customer to apologize and learn more about his experience.”

The airline also said it has offered $400 in trip credits. Meanwhile, Nnaka said he has offered to help American Airlines moving forward about how to prevent something like this from happening again.

Nnaka said the incident won’t prevent him from traveling in the future. He is hopeful to spark conversations about making travel easier for people in situations like his.