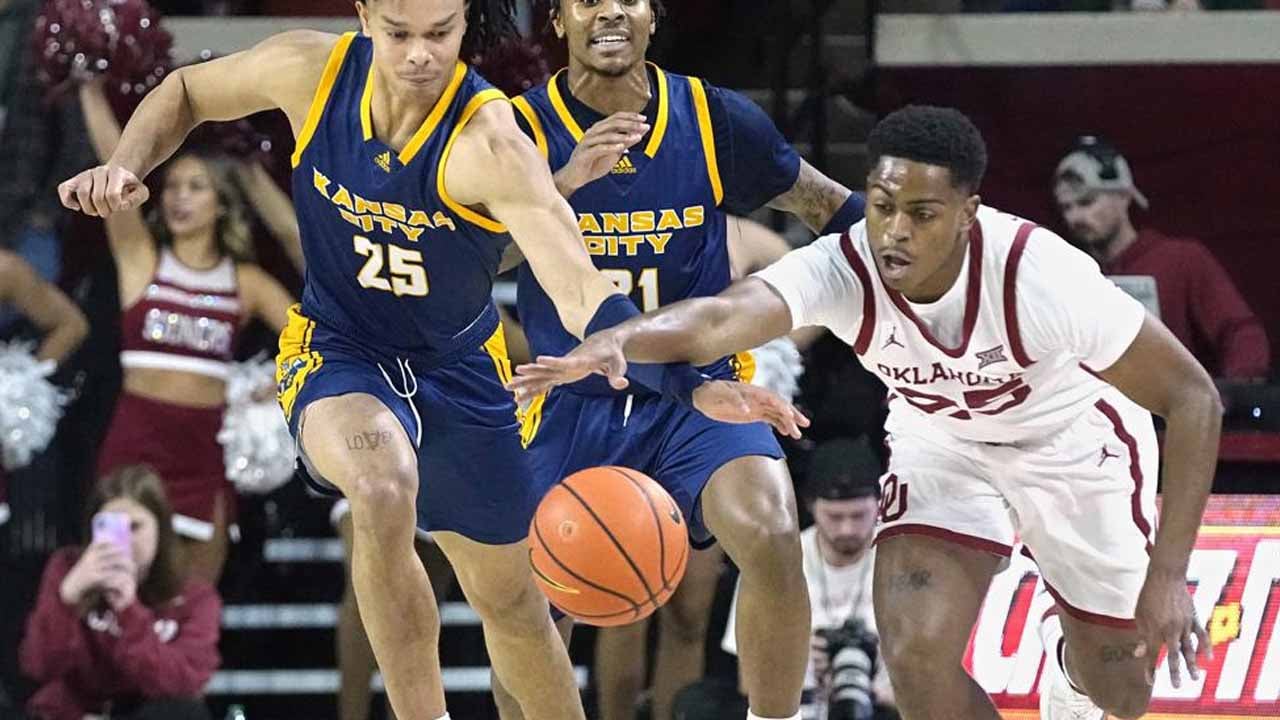 Grant Sherfield, without a basket in the first half, scored all but two of his 24 points in the second when Oklahoma turned a tie game into a 75-53 victory over Kansas City Tuesday night.

Sherfield was 5 of 6 from 3-point range, with the Sooners (7-2) shooting 58% from the floor, including 67% in the second half. Sherfield, a point shy of his season high, has reached double figures in every game this season. Tanner Groves and Milos Uzan added 11 points each and Sam Godwin 10.

RayQuawndis Mitchell led the Roos (4-8) with 18 points but scored only two in the second half. Allen Davis Mukeba added 10 points.

Groves opened the second half with a couple free throws and a 3-pointer to kick off an 18-4 run that Sherfield capped with his first field goals of the game — a trio of 3-pointers for a 45-31 lead.

Babacar Diallo and Shemarri Allen combined on an 8-0 run to get the Roos within eight but Sheffield led another Sooners surge, scoring 13 points in a 19-5 run to go up by 22.

Mitchell scored nine of Kansas City’s first 15 points as the Roos took a nine-point lead. The Sooners caught the Roos with about seven minutes left in the half and the lead then changed hands four times with the teams tied at halftime 27-all.