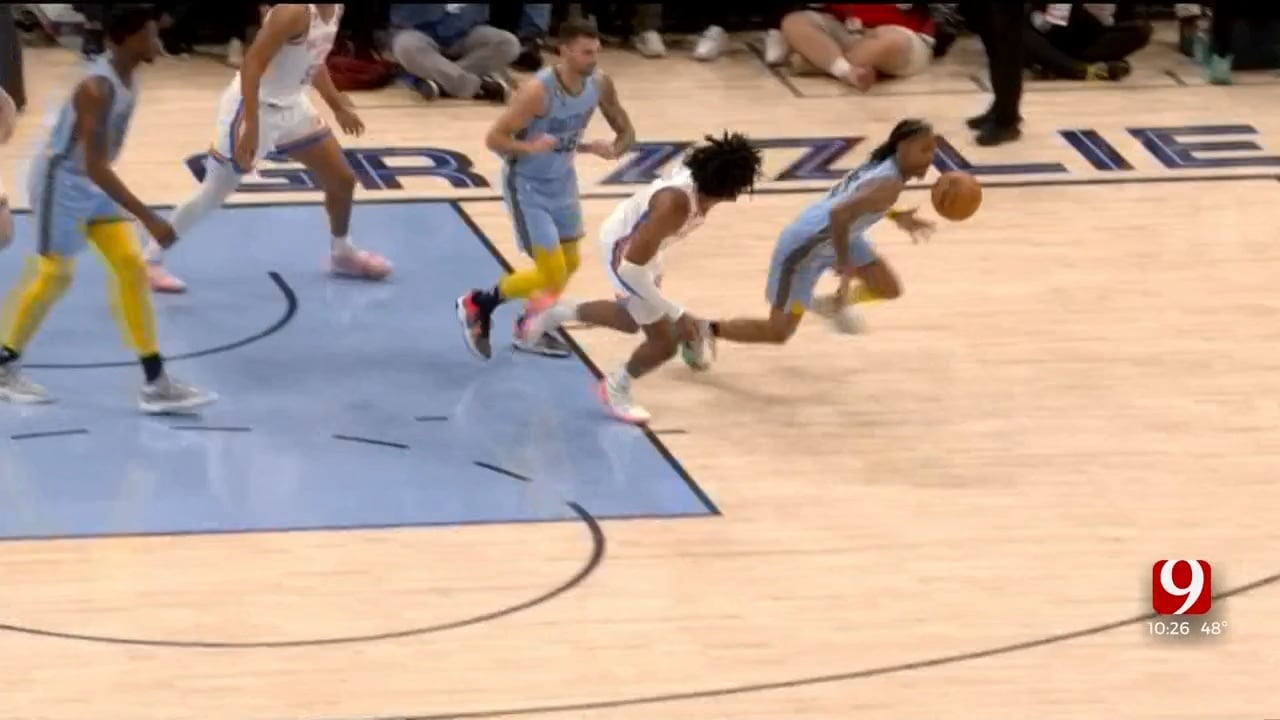 Ja Morant had 26 points, 13 rebounds and 11 assists, and the Memphis Grizzlies used a second-half flurry to beat the Oklahoma City Thunder 123-102 on Wednesday night.

Morant’s triple-double was his second this season and the seventh of his career, and his 13 rebounds tied a career high. Dillon Brooks added 24 points and Brandon Clarke finished with 17 points as the Grizzlies won their season-best fourth straight.

Shai Gilgeous-Alexander led the Thunder with 26 points but was 4 of 14 from the field and 1 of 4 from outside the arc. Tre Mann scored 12 points and Eugene Omoruyi had 11 for Oklahoma City, which saw its three-game winning streak end.

Memphis broke open the game in the second half, outscoring the Thunder 66-50, including 29-15 in the fourth quarter.

Oklahoma City struggled from the field in the first half but converted enough free throws and 3-pointers to stay close. Memphis, meanwhile, started 1 of 10 from outside the arc.

That led to Memphis holding a 57-52 lead at the break. But Oklahoma City managed to hang around at the start of the third despite Brooks hitting his first three 3-point attempts.

Thunder: F Lu Dort was scratched with a left knee contusion. Dort had been the only Oklahoma City player to start every game this season. ... Gilgeous-Alexander had a streak of seven straight games of at least 30 points come to an end. ... Oklahoma City fell to 1-7 when scoring fewer than 110 points.

Thunder: Continue a five-game trip at Cleveland on Saturday.