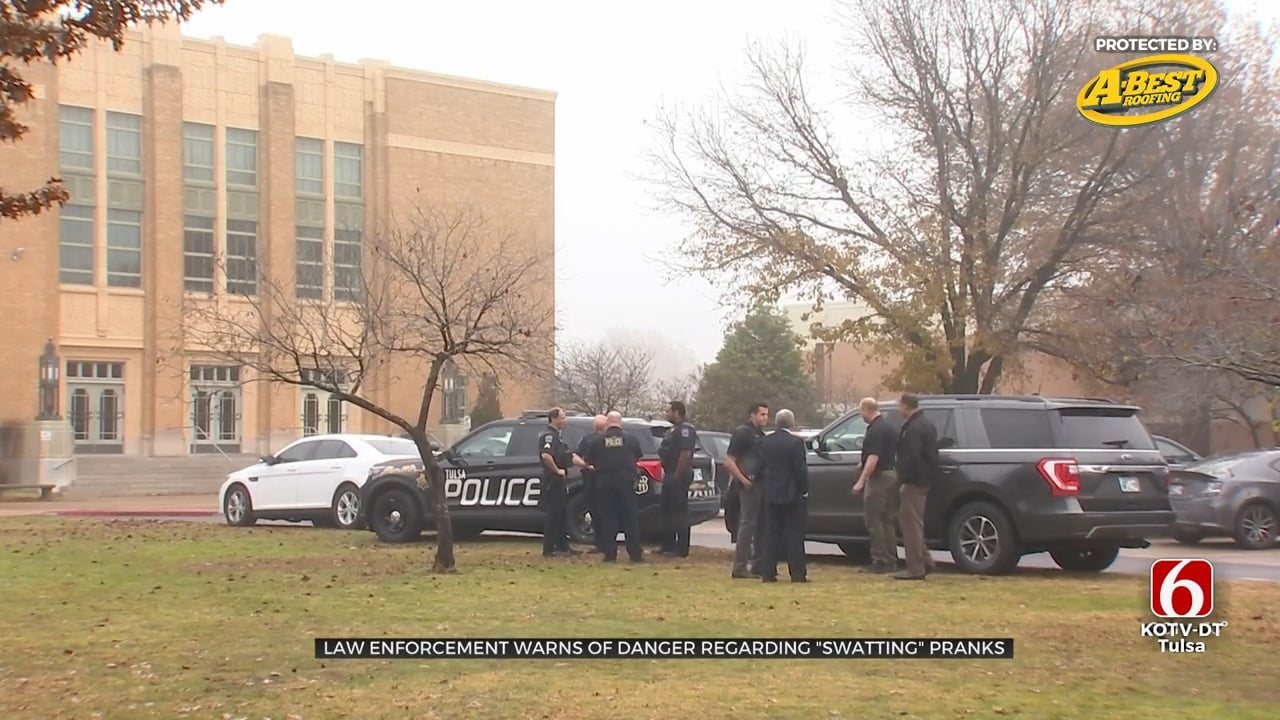 The more than 10 calls made about an active shooters in Oklahoma schools Thursday were fake, but dozens of law enforcement officers and other first responders had to respond, which wasted hours of time away from real emergencies.

Officers said this was not only a waste of resources, but could get somebody hurt.

Swatting is done for different reasons: to get attention, to get people in trouble with the cops, or to distract police from other crimes being committed.

"Hello, there is an active shooter at Stillwater schools, four students have been shot in math class," said someone calling 911.

This call into Stillwater police is one of many similar calls made Thursday to schools across the state. "White male wearing black jacket and black pants," the caller said.

"Big gun, a long rifle," the caller told Durant police when asked which type of gun was used.

In every call, the caller said he was a math teacher hiding in a school bathroom and the shooter was a former student wearing dark clothes.

In just an hour, the caller reported active shooters in Enid, Miami, Tulsa and at least seven other locations.

"The caller said, in the call, he was there hiding in a bathroom," said Tulsa Police Captain, Mike Eckert. "There were multiple people injured and down."

Eckert is Tulsa's SWAT team commander and said many agencies responded like it was a true emergency to Will Rogers High School.

"As bogus as a phone call may sound, we can't not go because it doesn't feel right," he said.

Eckert said swatting is usually done for attention and it's a huge drain on resources and could get innocent people killed.

"I really don't understand the entertainment value in it, it's become more of a problem across the country," said Eckert.

US Attorney Clinton Johnson said it's also a crime. "We're going to look into individuals who make swatting calls, pull these resources that traumatize these individuals for no reason other than diverting law enforcement," said Johnson.

Police said Thursday's calls were made using Wi-Fi to make them harder to trace. The FBI is investigating all the cases.