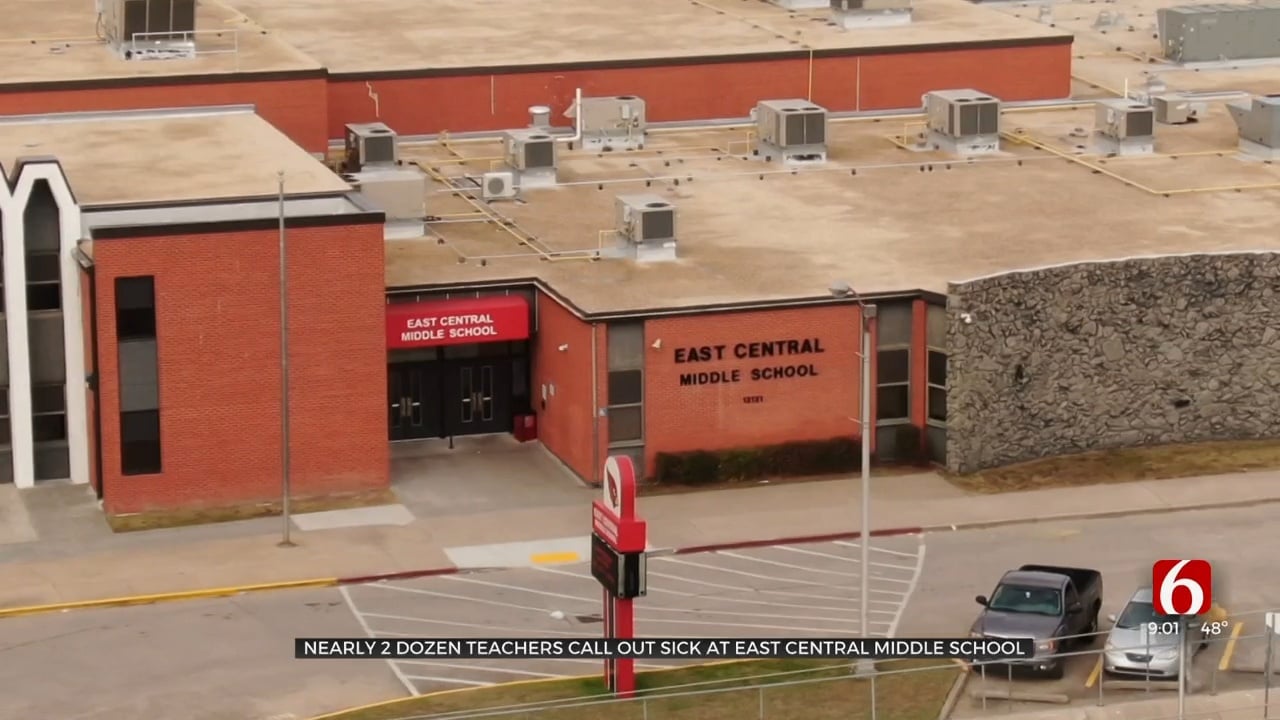 The hallways were quiet Friday at East Central Middle School, where Principal Alpha Benson spends a lot of time on staff shortages.

The auditorium is a classroom, so one or two teachers can monitor three or four classes of students.

Tulsa’s East Central Middle School cancelled in person classes Friday, after 23 teachers and staff members reported they were sick. The school has 34 teachers, and around 900 students.

Even with everyone working, Principal Alpha Benson has students in the auditorium sharing a teacher, because he said six core classes don’t have a permanent teacher.

He’s set up the auditorium for teaching so three and four classes of students can share a teacher. “And when students are in the auditorium, we have to have two or three adults in there, and we try to duplicate what happens in the classroom as much as possible, make sure they have work to do.”

That strategy was not enough Friday, and the school closed because of inadequate staff.

Many parents got the notification about 9 am. Busses returned riders home, and Benson said a few stayed at the building all day because the parents couldn’t come get them. “Parents had already started dropping off kids, but I had to make that decision, because that was the safest decision.”

Benson said most of the teachers out sick reported they had flu.

Principal Benson said he has few new hires coming in January, but they're replacing teachers who are retiring. He said his staff has been remarkably flexible covering classes on planning periods or by doubling up, but he knows the students are missing out.

“At this point, they're not quite getting the education they need to get,” he said.

Tulsa Public Schools is actively recruiting teachers and substitutes to fill staff shortages throughout the district.