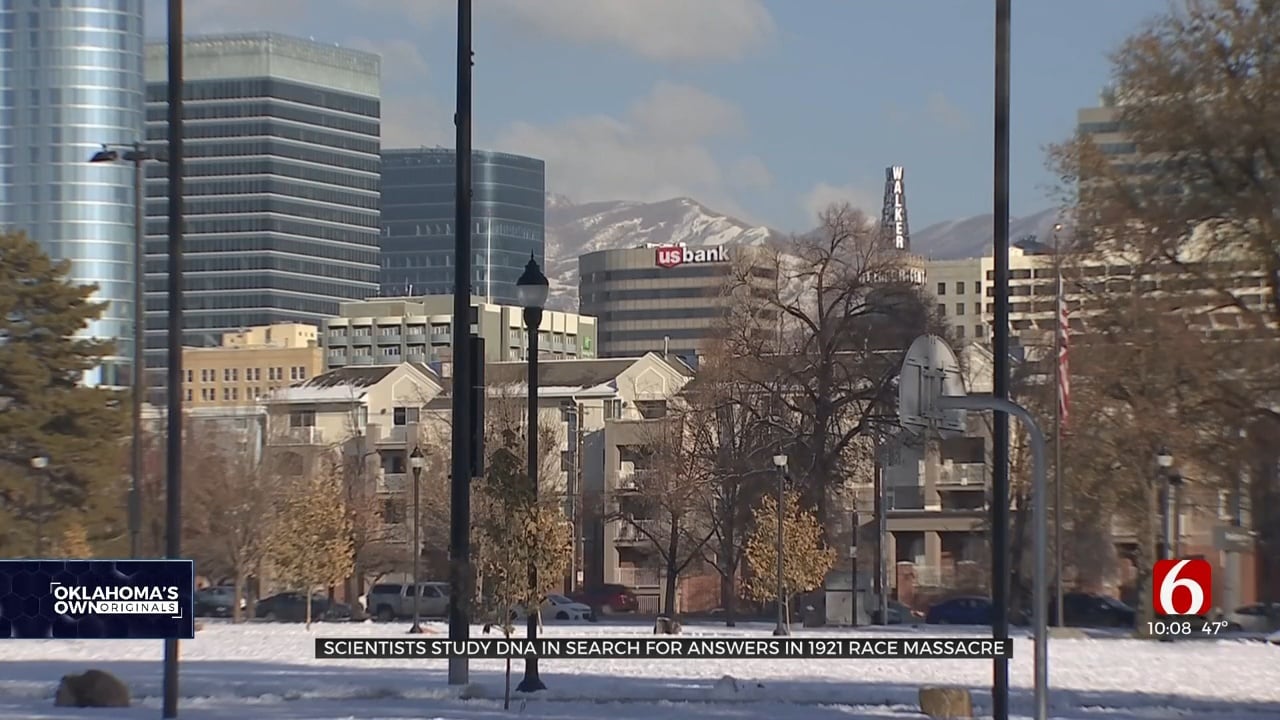 A DNA lab in Utah is analyzing the human remains found at Oaklawn Cemetery, in the search for victims of the Tulsa Race Massacre.

More than 100 years later, science may soon provide some answers to the secrets underground.

It was historic when in the summer of 2020, dirt was lifted for the first time since the 1921 Tulsa Race Massacre, in the search for victims. Now, the next historic chapter is beginning, as human remains from unmarked graves found at Oaklawn Cemetery are studied by scientists in a DNA lab.

"Now it's gonna feel like it's underway. Because something actionable for the community is coming out now,” Alison Wilde said.

Wilde is the Director of Forensic Investigative Genetic Genealogy at the Utah Cold Case Coalition.

Getting the remains from Tulsa to the DNA lab meant a 1,200 mile trip by FedEx to Salt Lake City, Utah. Nestled among the Wasatch Mountains and about 20 minutes away from the city's downtown area, sits a modest lab called Intermountain Forensics.

Their job is to compare DNA from teeth and bones found at Oaklawn to people who submit their DNA, with a goal of determining whether or not the remains at Oaklawn belong to massacre victims.

The lab said a descendant of a victim or survivor, or even someone who is just curious if they are a match, can submit their DNA.

"I'm very confident that if it can be done, that our lab can do it,” Intermountain Forensics CEO Karra Porter said.

Growing up not far from Tulsa, Porter credits her parents for teaching her about the massacre. Aside from being the CEO of Intermountain Forensics, she is a civil rights attorney.

"And this, of course, was the ultimate civil rights violation,” Porter said. “And now we have a chance to help on that. It's hard to articulate how meaningful this is to me."

Porter said she poured her life savings into the lab. What looks like a copier that belongs in an office, is a pricy machine called the NovaSeq 6000.

During our visit, it was sequencing DNA from the remains found at Oaklawn. This machine, combined with the fact that the lab is a non-profit, is what sets it apart from other DNA labs.

Intermountain Forensics said the million-dollar machine is often used in the medical community for things like cancer screenings, but it is only found in a handful of forensic DNA labs across the country.

Hellwig said the NovaSeq 6000 is "essentially the most powerful DNA sequencing instrument on the market today."

"It's really unique. It's really expensive. But it's extraordinarily powerful. And it's the only way this works,” Director of Laboratory Development Danny Hellwig said.

Hellwig said aside from the equipment, the lab needs people to get involved.

“There’s just nothing you can do if there isn’t some little piece of DNA in some genealogy tree that doesn’t match up,” he said. “Second cousin, fifth cousin, great great grandparents, whatever. As long as we can find some familial genealogy DNA matching within those databases, we should be able to investigate to a successful conclusion.”

Intermountain Forensics said people do not have to submit DNA to benefit the work. Wilde is busy collecting pictures, family trees and information from people across the country.

"Even if it's like, 'Oh, my grandmother's brother moved to Tulsa as part of the oil boom. He was there during the 1920s. Nobody's ever heard from him again.' There's a lot of stories like that,” she said.

Intermountain Forensics said people can be as private or as open as they want throughout the process.

"We have a wide range of options here for privacy,” Porter said. “I mean, I've actually sued the state of Utah once for misusing people's DNA. So I'm a believer in this; as a civil rights lawyer, I'm a big believer in privacy."

If any matches are made when DNA is compared, families could soon learn some answers about their past.

"As exciting and rewarding as it will feel to give information and to bring some names to light, it will reopen and take that family right back to 1921,” Wilde said.

Hellwig emphasized: patience is key. He points to September 11th as an example of how long it can take to find DNA matches.

“A year ago, I was at a forensic DNA conference, and we were still speaking about 9/11 and identifying remains from the Trade Center,” he said.

While everyone waits, history is unfolding, as science works to uncover the secrets of who is underground.

“Whether they’re Race Massacre victims or not, they deserve to have their name returned to them,” Hellwig said. “Their family deserves to know who they are.”