Carprofen For Dogs: The Side Effects To Be Aware Of 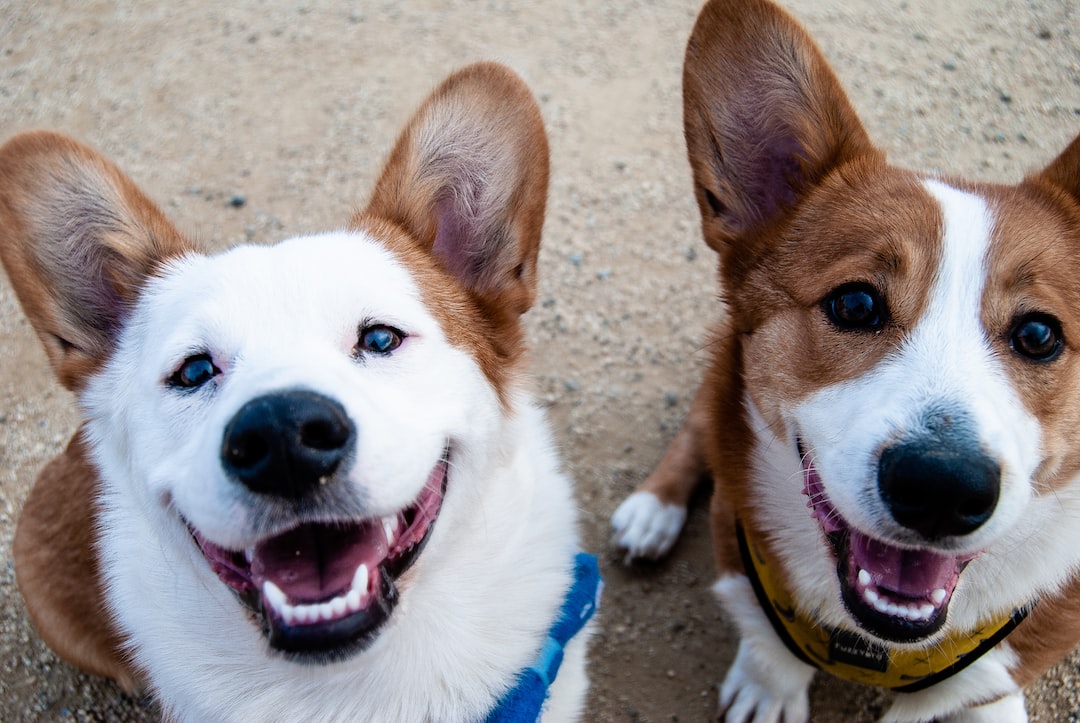 We love our pets! So of course, we want the best possible options for them when they’re in pain, whether it’s due to arthritis or other types of inflammation in the body. We want them to feel better, as quickly as possible and with minimal side effects.

There are options out there that your vet can provide when it comes to handling your dog’s pain. One of the top options is carprofen, which can also be known as Novox or Rimadyl.

There are also some other options on the market by the names of Vetprofen, Truprofen and Rovera. Before giving your dog any of these carprofen varieties, it’s important to know about the medication as well as the side effects that can occur with it.

Essentially, carprofen is what is known as an NSAID. That means that it’s an anti-inflammatory medication that is non-steroidal in nature. It’s made to help with a variety of inflammation issues that can bring your dog discomfort and pain.

By comparison, carprofen is similar to naproxen, ibuprofen, or ketoprofen. Many will recognize ibuprofen as an NSAID for humans, which is often useful for headaches, aches, and other smaller pains. However, carprofen is different in that it is typically prescribed by a vet.

Uses Of Carprofen For Dogs

Carprofen maybe be used for a variety of things, at the discretion of your vet. However, a couple of the most common conditions that it is prescribed for are inflammation and pain that can occur after a surgery and osteoarthritis that can otherwise leave dogs with chronic pain.

Keep in mind that this medication isn’t a cure for either situation. However, it can be used to ease the pain until your dog heals, or a solution for the osteoarthritis is found. You can think of it as similar to ibuprofen for humans, which may be able to help in small amounts, but doesn’t resolve pain forever by itself. Like other NSAIDS on the market, carprofen is generally considered to involve cyclooxygenase activity. Essentially, they work by inhibiting the creation of prostaglandins that control the different responses in our bodies that can result in inflammation and pain. Consequently, it may be able to help keep that pain to a minimum.

Furthermore, it’s important to know that not all NSAIDS handle all prostaglandins. Some are more selective, allowing renal and gastroinstestinal systems to remain relatively normal while focusing on those that create inflammation.

Because of that, it’s important to ask your vet exactly what the carprofen option being prescribed to your pet does.

What Is The Best Carprofen Dosage?

If you’re new to using Carprofen for your dog, then it’s important to make sure you use the correct dosage. While your vet will likely let you know how much carprofen to give your dog and when, it never hurts to have an understanding of the dosage yourself.

The first aspect to know is that carprofen is offered in a few different doses, including 100mg carprofen, 75mg, and 25mg. That way, dogs of just about any size can get an amount that is suitable for them. Furthermore, it’s usually offered as a chewable or tablet for easier administering.

Keep in mind that carprofen is not for humans, so it’s not recommended that you take it yourself. There are plenty of over the counter options that are reliable for you. It’s also a good idea to give your dog the carprofen with food, in order to help them digest it more easily.

Typically, the dosage for carprofen is 2mg for every pound your dog weighs on a daily basis. Otherwise, you can provide half that dose twice a day. For example, a 50lb dog would receive 100mg daily, but you could also choose to give them 50mg in the morning, and 50mg in the evening.

Drug Interactions And Precautions With Carprofen

There are some times when it isn’t a good idea to give your dog carprofen, such as when they have certain conditions, or if they are on certain other medications. Having an understanding of these situations can allow you to find the safest solution for your pet.

Situations where the potential for negative reactions increase are:

For the most part, dogs that take carprofen tend to only experience side effects that are more mild. However, NSAID medications like carprofen have yet to be fully studied or understood, so there are potential effects that we can’t yet see.

Consequently, it’s very important to make sure you understand the potential side effects that are known. That way, you can decide whether or not carprofen is right for your dog.

1. Carprofen Effects On The Liver

This section focuses primarily on side effects that can result in your dog’s liver. Typically, not many dogs experience these kinds of issues, only about .02%. However, it is important to know that a fourth of those issues are seen in Labrador Retrievers. So if your dog is of that breed, you’ll want to really consider whether or not this is the right choice.

Common signs of liver issues from carprofen are as follows:

2. Effects On The Nervous System

These are effects that are highly important to keep in mind when you give your dog a carprofen dosage, or the dosage of a carprofen product like Novox for dogs, or Rimadyl, either generic or otherwise. In order to notice nervous system effects in your dog, you’ll likely have to keep a close eye on them.

Some of the neurologic issues that can occur are:

These are side effects or diseases that can result from Carprofen in the blood:

These side effects tend to occur when the medication begins to interact with the small intestines and stomach. Typically, these effects can cease when you cease giving the carprofen product to your dog.

Make sure to speak with your vet if you notice these symptoms:

Generally, when you notice side effects that occur as part of using carprofen, it indicates issues with the kidneys. You may have to pay close attention to notice some of these.

Urinary Side Effects Typically Include:

6. Changes In Behavior With Carprofen

In some cases, using carprofen for your dog can result in some changes in your dog’s behavior. Generally, these kinds of changes are a result of your dog feeling some kind of discomfort with the drug. If you notice these issues, then it can be a good idea to watch your dog to make sure more serious symptoms don’t follow. It can also be helpful to check in with your vet if you notice these changes.

Keep an eye out for these symptoms:

These kinds of conditions can show up in your dog’s nail, hair or skin. They are worth keeping an eye out for, as some can be particularly troublesome for your dog. Remember that if you are noticing these kinds of issues and feel concerned, it is always a good idea to contact your vet and make sure the symptom isn’t a serious one.

The following are side effects that can occur on your dog’s skin:

Signs Of Allergic Reaction To Carprofen

No matter what the medication is, some dogs can experience allergic reaction. On top of that, these reactions can sometimes be dangerous to your beloved companion. Consequently, it’s important to make sure you talk to your vet if the following issues occur in your dog after taking carprofen:

In extremely rare situations, negative reactions to carprofen can result in death, which makes it even more important that you let your vet know when these signs occur. The earlier you catch them, the better off your pet will be.

Signs And Treatment Of An Overdose

In addition to allergic reactions, it’s also very important that you keep an eye out for a potential overdose. The symptoms of an overdose of carprofen are as follows:

The treatments for an overdose can vary. Some treatment methods are:

Montana was a husky prescribed with Rimadyl for issues with stiff legs. Early in the treatment, he reacted well but soon developed issues with a lack of appetite. Following that, he also began to show some neurological symptoms and ataxia.

Due to liver destruction, Montana lost his ability to walk. He had to be euthanized to prevent further suffering. The creators of this medication attempted to pay Montana’s owner off for her silence when it was reported.

Issues such as these are why it’s important to look into natural pain relief possibilities for our beloved canine friends.

Smith And Cooper Vs Pfizer

Smith and Cooper were the owners of a golden retriever named Sophie. Having sustained injury to her knee, Sophie needed to receive surgery. Having gone through surgery without issue, Sophie was prescribed Rimadyl in order to allow her to heal with less pain.

However, much like Montana, Sophie ceased eating after taking the medication and began to vomit more frequently. While her owners stopped the medication, Rimadyl toxicity had already resulted in liver failure and the death of their beloved friend.

In an attempt to raise awareness about these issues, Smith and Cooper filed a lawsuit against Pfizer. In addition, they sought to provide information about Rimadyl to other pet owners through the use of brochures.

Carprofen For Dogs: A Final Thought

While for most, carprofen can be a helpful way to alleviate pain on a temporary basis, there can be some cases in which it is very dangerous. As a result, it’s important to make sure you understand all of the options available and only use Rimadyl, Novox or other carprofen medications with the prescription and under the care of a vet.

In addition to that, watch your pet carefully for side effects and adverse reactions. It also can’t help to look into natural options out there! 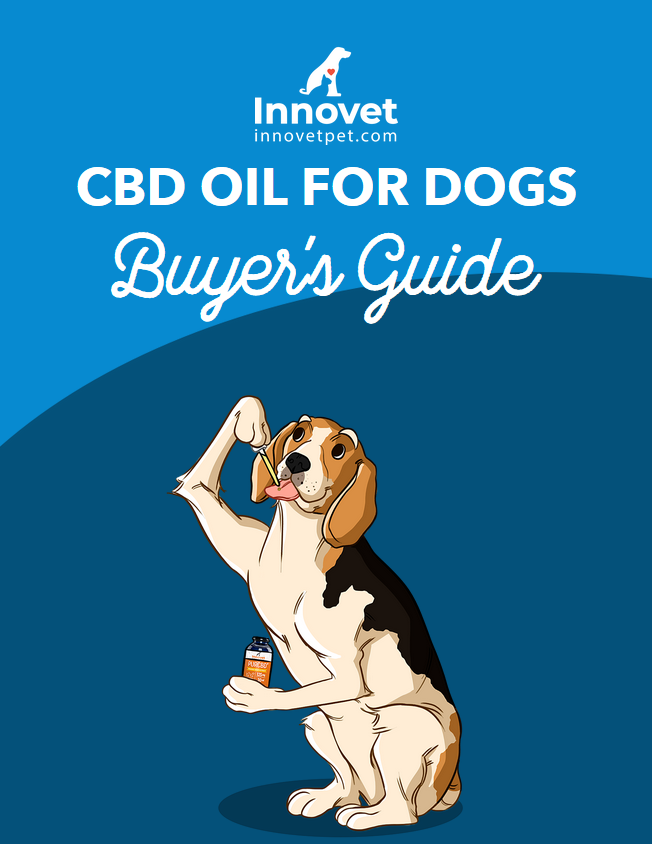 All the information you need to know when purchasing CBD products and more!