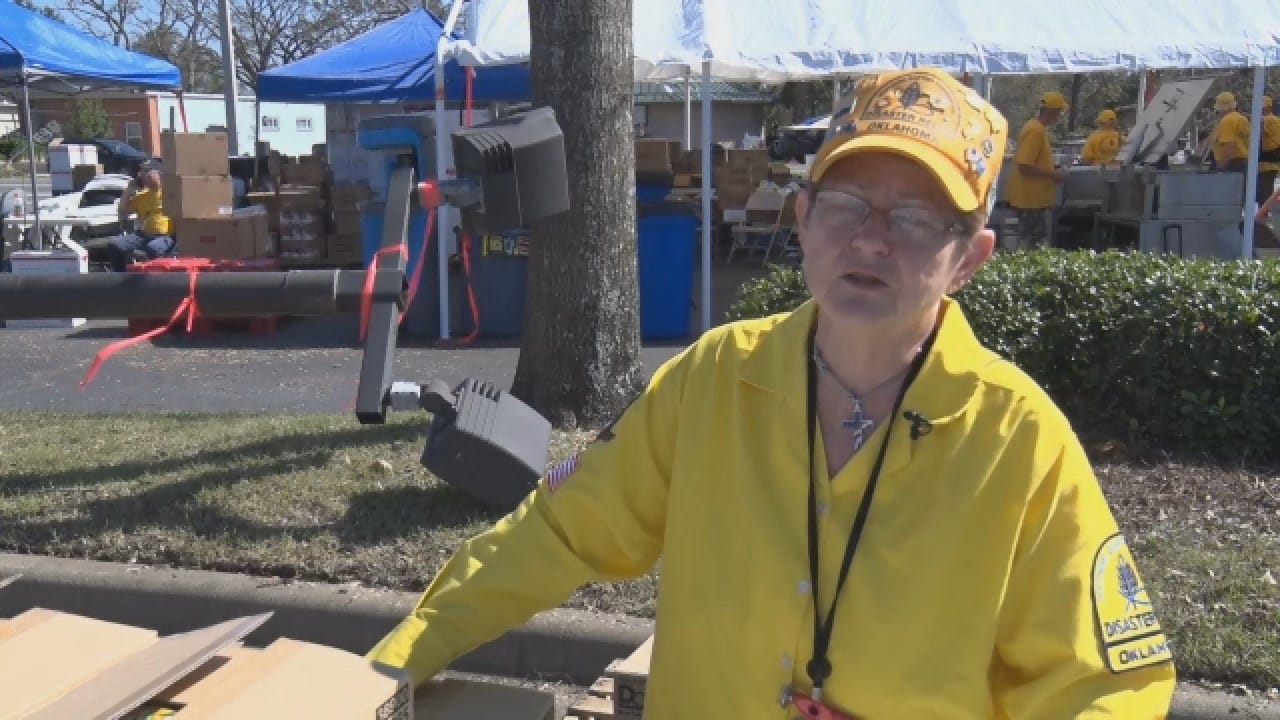 (Editor's Note: Storme Jones is reporting for News 9 [UNFILTERED] on behalf of Gaylord News and the Gaylord College of Journalism at the University of Oklahoma.)

"Started out with Katrina, and then I went to Rita -- and that's what I've been doing, every one of them," said Choctaw resident Wanda McLaughlin.

McLaughlin has helped following nearly every major disaster to hit the United States since 2005. On this particular night, she is serving lunch with an eye on feeding up to a couple thousand people later in the day.

McLaughlin and other volunteers package hamburgers, beans, chips and fruit and then give it to residents, one boxed meal at a time. They're expecting to serve more than 500 lunches Thursday. For some residents, it's the only hot meal they have had since the hurricane struck eight days ago.

"I was demolished. I rode it out, but there is nothing left there for me. But I'm going to stay here for as long as I can to help out in my neighborhood," said Panama City resident Norman Rigdon.

Mark Hill, also a Panama City resident, said the crews from Oklahoma Baptist Disaster Relief have been just what they needed.

"A hot meal is great. These guys are blessings," Hill said.

After this group of volunteers heads back to Oklahoma next week, McLaughlin said she'll be ready for the next disaster.

"You get your rewards in Heaven, but you get your blessings when you do stuff like this," she said.