Emergency Crews Respond To Fatal Crash On I-40 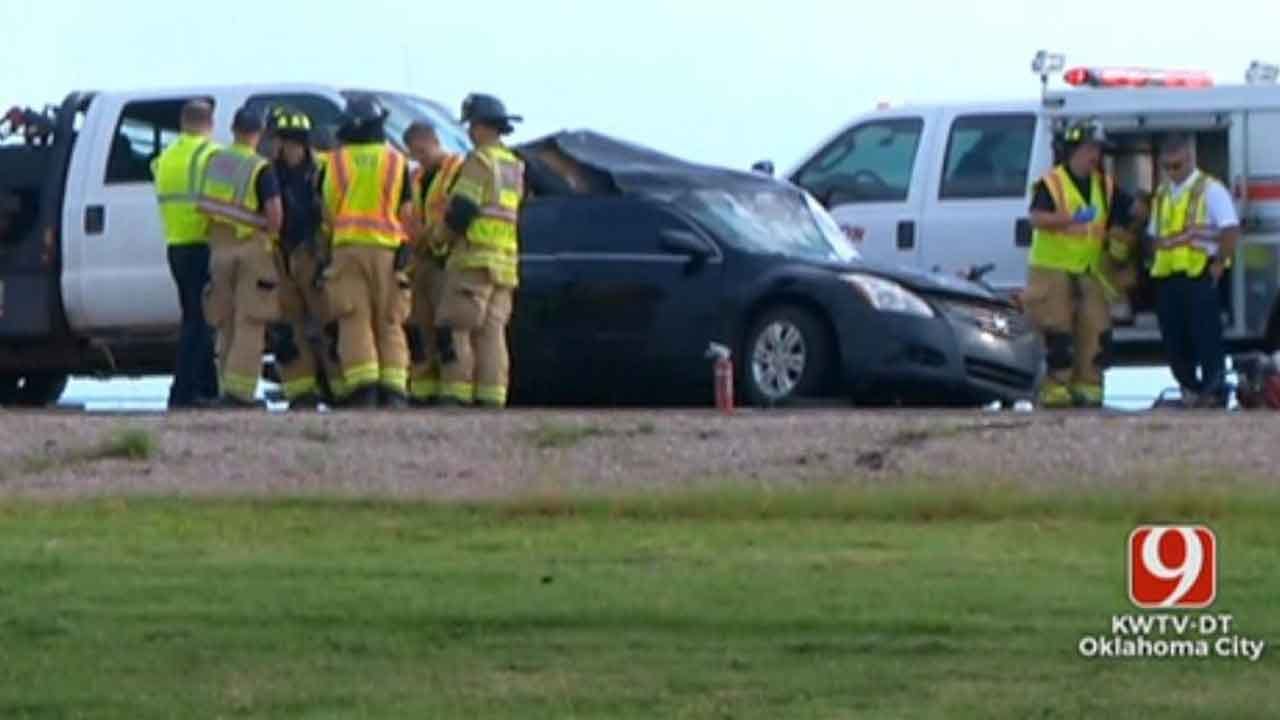 One person is dead after an accident Tuesday on Interstate 40, Oklahoma Highway Patrol troopers confirmed.

The crash on I-40 eastbound just east of Garth Brooks Blvd. in Yukon.

Kenneth E. Stoner, 38, of Okarche, died at the scene. His vehicle hydroplaned int the bridge railing and was in the center lane.

Another vehicle hit Stoner's vehicle after it was unable to stop due to coming over a hill. The vehicles came to rest about 325 feet in the right lane and Stoner was pinned inside the vehicle for almost two hours.

Drivers were urged to find an alternate route.

Emergency Crews Respond To Fatal Crash On I-40