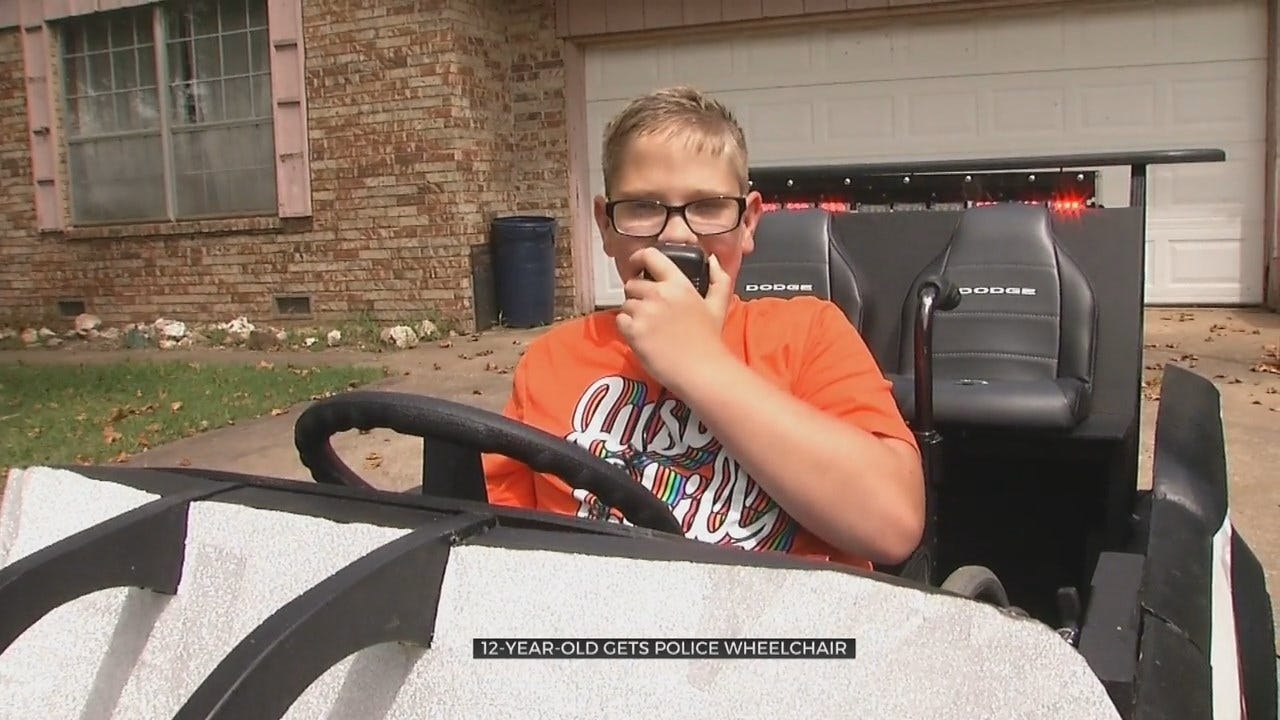 Robby Cooper is a Haskell Oklahoma 12 year old who dreams of becoming a police officer.

Robby was born with Spina Bifida so that dream will have to wait Robby spends his days in a wheelchair.

“I’ve been following an organization called Magic Wheelchair on Facebook for quite a while,” says Suzan Cooper, Robby’s Mom. Magic Wheelchair funds what they call costumes for wheelchairs at no cost to families.

Suzan registered Robby and thought nothing would ever come of it. Then Magic Wheelchair partnered with Tulsa’s FabLab to create a police car costume for his wheelchair. He got it last Saturday, and he says “It’s Awesome!”

We asked if he’s pulled over any of the neighbors yet. He said no, but he’s pretending. The car comes in two pieces and fits around his chair like a disguise. It comes with flashing lights, several siren sounds and a built-in loud speaker.

You can find out more about Magic Wheelchair on their website.