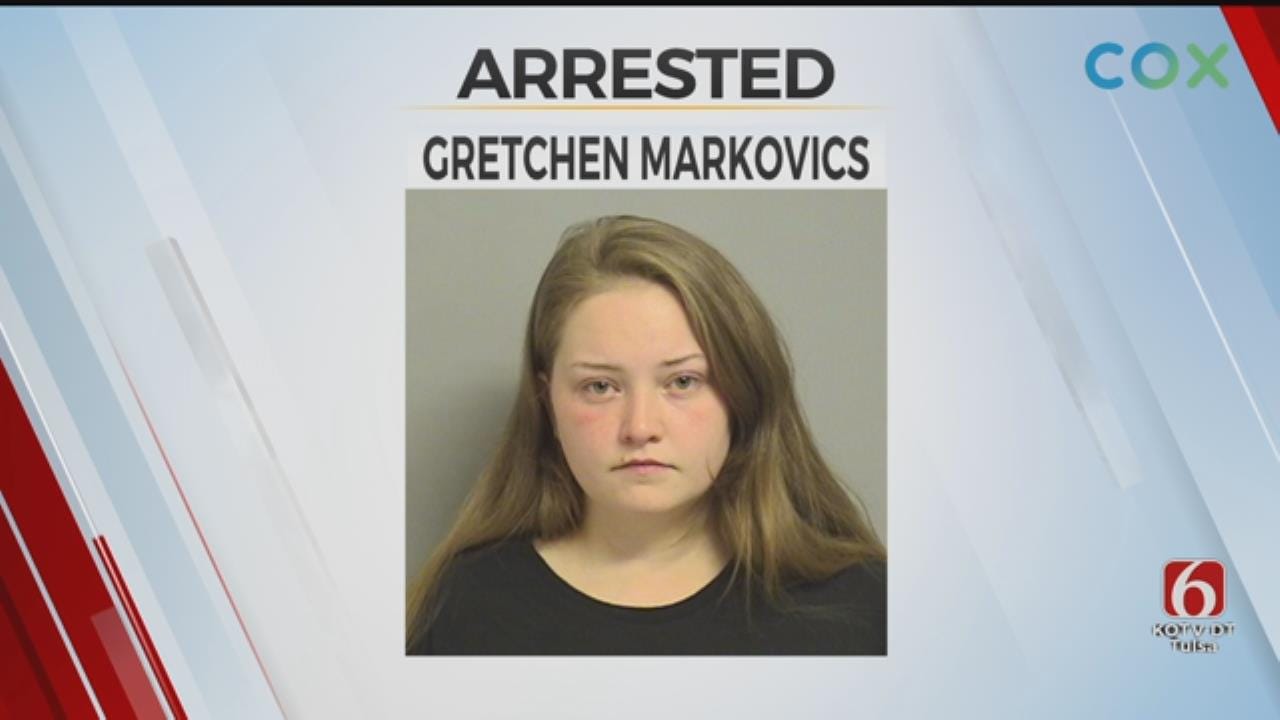 Owasso Police said a mother left a 14-month-old baby in a car outside a liquor store. Officers arrested 24-year-old Gretchen Markovics, who's from Oktaha.

Markovics is in the Tulsa County Jail Thursday morning.

Police said she left the baby in the car outside Owasso Wine and Liquor for around 20 minutes Wednesday.

Officers said that when they got to the car around 6:30 p.m. parked near 86th north and Highway 169, they found the baby moving around in the front seat, alone.

They said there wasn't a car seat in car.

Officers said they called DHS while paramedics took the baby to a hospital. Owasso Police said the baby was released into the custody of DHS.

The mother is facing child endangerment charges and is set to appear in court next week.