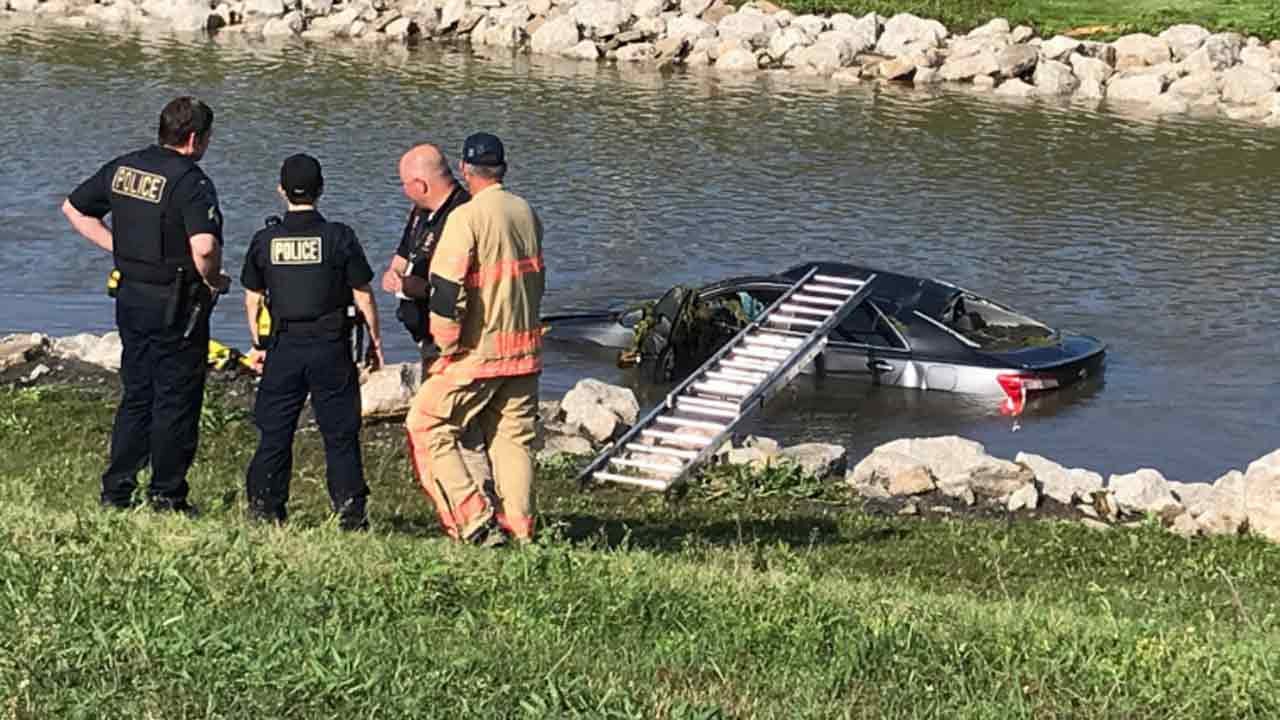 Tulsa firefighters said a man is dead after he drove off Highway 169 and into a creek during thunderstorms Tuesday night, April 30.

Rescue crews have recovered the vehicle that went into fast-moving flood waters near the Broken Arrow Expressway and Highway 169 interchange.

Tulsa Fire Department Public Information Officer Andy Little said the victim is a 55-year-old man. His name is not being released until family is notified.

A witness saw the vehicle - at first thought to be a black SUV - go off the ramp from southbound Highway 169 heading to the eastbound Broken Arrow Expressway. The witness says the vehicle sank immediately after going into Mingo Creek.

Tulsa firefighters were nearby at another call and rushed over but couldn't find the car, especially with the swift-moving water of Mingo Creek.