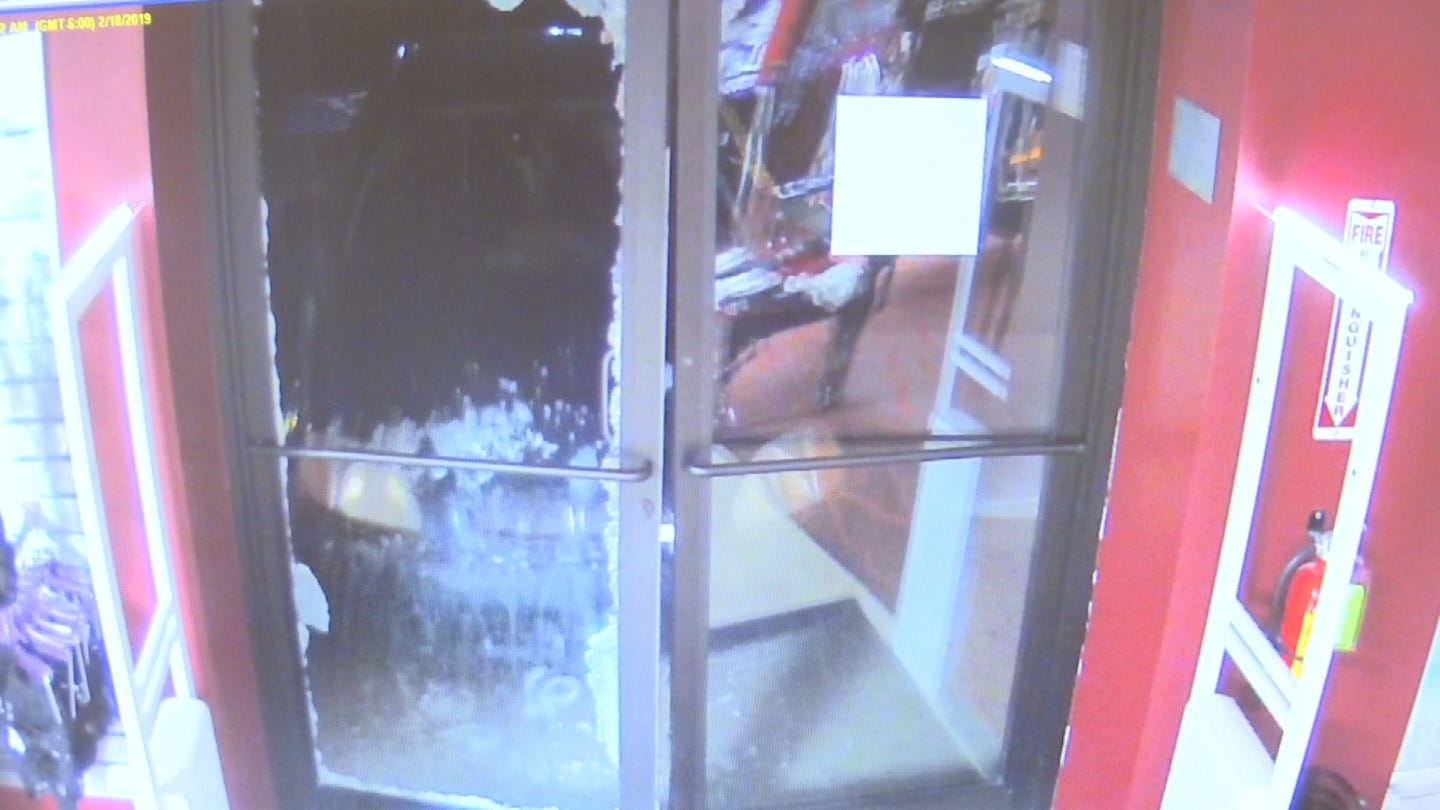 Tulsa police are looking for a man who they say drove his car into the front doors of an adult novelty store and stole several hundreds of dollars worth of items.

Police said it looks like the man has been in Hustler Hollywood before. The surveillance video shows him walking inside the busted front door, going to a specific section, grabbing his items, and leaving.

“This individual was there for a short period of time, went directly to an area, grabbed several items,” Officer Jeanne Pierce said.

Pierce said he made off with $400 worth of adult novelties.

"They were there for items, knew where they were, grabbed them and left,” she said.

Pierce said the real costs to the store's owners are coming not from the stolen items, but from the damage to the building.

"I believe the doors were going to cost more to fix than the items actually taken," she said.

She said detectives weren't able to get a clear view of the man from the video, but they are interested in why he took these measures to get the toys.

"I think it surprises us more ... the extremes this individual went to to break into this store,” Pierce said.

Pierce said burglaries themselves are common but this one isn't typical.

"They're looking at stuff they can make money off of re-selling,” she said. "This obviously, I wouldn't assume is the purpose of that."

The store owners did not want to speak on camera.

If you have any information that could help police solve this crime, call CrimeStoppers and as always, you can remain anonymous.