Premier League Roundup, Week 4: United Gets A Win, And A Red Card 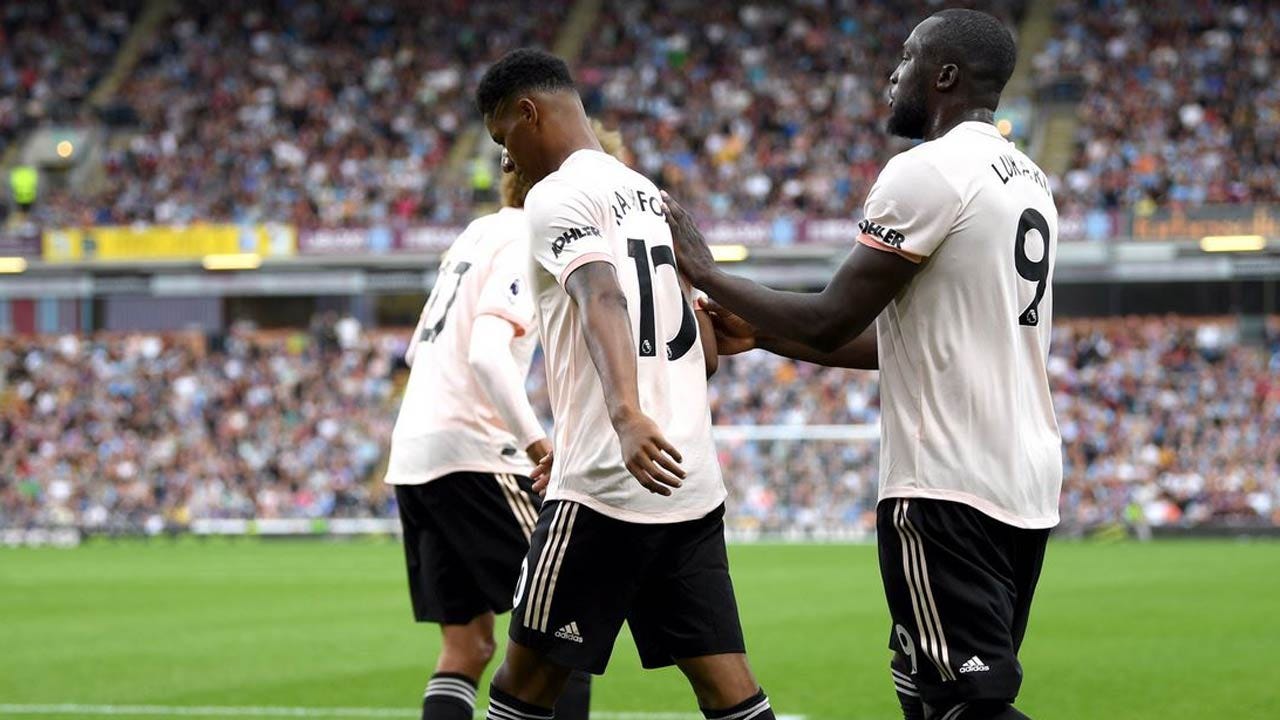 My colleague and fellow Premier League fan, Ryan Welton, was out enjoying some Major League Baseball this weekend so here's my take on what happened across the pond.

Let's start off with a strong victory for my team, Manchester United. Burnley is a smaller city about 20 miles northeast of Manchester, so it would be like a team from Tulsa playing a team from Claremore. Also, Burnley plays in a stadium called Turf Moor, the oldest continuously used stadium in the premiership. The team has played there since 1883!

I waited all weekend to watch Burnley host the Red Devils on Sunday morning and the anticipation paid off. Two first-half goals by Romelu Lukaku seemed to put the game out of reach for Burnley, until major drama in the second half.

United came into the game suffering from two straight losses. As the commentators mentioned 600 times, the Devils hadn't lost three straight games since 1986. United came to play, demonstrated tremendous energy and a desire to attack the goal that's been missing for too long.

Lukaku opened the scoring in the 27th minute with a perfect header. Alexis Sanchez was given way too much time and space on the left side of the penalty area. He sent a curling, dipping cross into Lukaku, who was uncovered and put a textbook header into the upper right side of the goal.

Lukaku scored again in the 44th minute, on a play that took a while to develop. Luke Shaw made a driving run into the penalty area then passed the ball to Lukaku. He laid it off to Jesse Lingard whose shot was blocked. The shot hit one Burnley defender in the stomach, a second defender in the head before Lukaku took two steps across the front of the goal and kicked it home.

Watch the goals from #MUFC's victory at Burnley on the Official Manchester United App now!

That was a great half of soccer by United. So much energy and determination and the defense was solid.

Now to the drama in the second half. Marcus Rashford came on for Sanchez, who played a strong 60 minutes. Only a few minutes later Aaron Lennon fouled Rashford and gave United a penalty kick. Instead of just belting the ball into the goal, Paul Pogba did the world's slowest run-up and kicked the ball to his left. Unfortunately, goalkeeper Joe Hart guessed right and easily knocked the ball away.

In the 71st minute Rashford and defender Phil Bardsley tussled for the ball as it rolled to the end line to the left of Burnley's goal. As the ball went over the end line, Bardsley fell down but then kicked Rashford, twice! When Bardsley got back on his feet, Rashford demonstrated his displeasure by head butting Bardsley in the forehead.

I like Rashford a lot, but that was a big mistake. When both teams finally separated from each other, referee Jon Moss had no choice but to red card him. But Moss gave Bardsley only a yellow, when he deserved red just as much as Rashford did.

Emotions got the better of me, I shouldn’t of reacted like that. Sorry to everyone at the club and all the fans #MUFC pic.twitter.com/6UWnxd4yYo

United played the next 20 minutes with only ten men. As nerve-wracking as it was, there was no change. The Devils still dominated and Lukaku almost score two more times. Joe Hart actually played a good game and single-handedly kept the score from being 5 or 6 to nil.

The early game on Saturday, September 1, 2018 was Leicester City vs. Liverpool. I have no allegiance to either team, and usually actively root against Liverpool, but I still watched this game because it’s the Premier League and I love it.

First off, a note about Leicester. It’s spelled “Leicester,” but it’s pronounced “Lester.” Leicester is located in the part of England called the East Midlands, which means it’s just about in the center of the country.

While doing research for this game, I went down a rabbit hole on the internet. Leicester City is the place where Richard III died in 1485. He was the last king of England to die in battle and his body was lost until his remains were found under a parking lot in 2012. He has since been reburied at the 900-year-old Leicester Cathedral.

Now to the game. Leicester were missing one of their best players, Jamie Vardy, because he’s sitting out a 3-game suspension after getting a red card for a sloppy foul against Wolverhampton Wanderers. The commentators had a serious pro-Liverpool bias, but Leicester played well.

Sadio Mane opened the scoring in the 10th minute, when a short pass bounced off his hip and landed right in front of him as he made a run to the goal on the left side of the penalty area. A quick jab with his left foot put it just inside the left post.

Roberto Firmino made it 2-0 just seconds before halftime with a solid header off a corner kick.

Leicester never gave up and were rewarded with a goal in the most entertaining play of the game. In the 63rd minute, Liverpool goalkeeper Alisson Becker ran to the far left side of the penalty area to field an awkward back pass from one of his defenders. Instead of quickly clearing the ball, he tried to control it. Kelechi Iheanacho stole the ball and laid it across the front of the goal. Rachid Ghezzal struggled to control the pass, with the ball suddenly bouncing up toward his face, but managed to volley it into the goal to make it 2-1 Liverpool.

A maiden @premierleague strike for Rachid Ghezzal, but #lcfc couldn't find an equaliser on Filbert Way...

Mo Salah, who scored 43 goals for Liverpool in all competitions last season, had some good looks but didn’t score. He was subbed off for Xherdan Shaqiri in the 71st minute. I like watching Shaqiri play for two reasons: one, he has a superb left-footed shot and two, I wish he would marry Shakira so that she’d be known as Shakira Shaqiri.

Liverpool has now opened the season with four straight wins and is in first place. Leicester is in eighth place at 2-2. Leicester is the first team to score on Liverpool this season.

I watched this game hoping for a Newcastle win, even though I knew it was unlikely. I was several minutes into the game before I remembered that DeAndre Yedlin, an American from Seattle, plays right wing for Newcastle. That made me pull even harder for the underdogs.

Raheem Sterling opened the scoring with a curling right-footed shot in the 8th minute. Newcastle stood back from him and he punished them with a sideways run from the left side of the penalty area.

Newcastle tied it up with a nifty goal from the aforementioned Yedlin. Salomon Rondon took the ball down the left wing. No one helped him out, until Yedlin turned on his jets and blasted down the right side. Somehow Rondon laid a perfect ball through the defense in front of the goal and Yedlin, who was by then moving at about 80 miles an hour, blasted the ball into the net. The commentators said it was the first Premier League goal by an American since 2014.

Manchester City had most of the chances after that, until Kyle Walker scored what may be the goal of the season in the 52nd minute. Sterling drove toward the goal from the left side again and when four or five defenders gathered around him he rolled the ball to the right to Sergio Aguero. Aguero then pushed the ball into space away from the goal so that Kyle Walker could hit it. Boy, did he ever.

From about 25 yards out, Walker sent a right-footed blast diagonally across the penalty area that never got more than 6 inches above the ground until it smashed into the net just inside of the left post.

Sergio Aguero came close to scoring several times, so did David Silva. City, the defending champions, has three wins and one draw and is in fourth. Newcastle is has one draw and three loses and is in 18th.

News On 6 Fort Sill in Lawton has released new details about the first pediatric death from COVID-19 in Oklahoma.
View More Stories