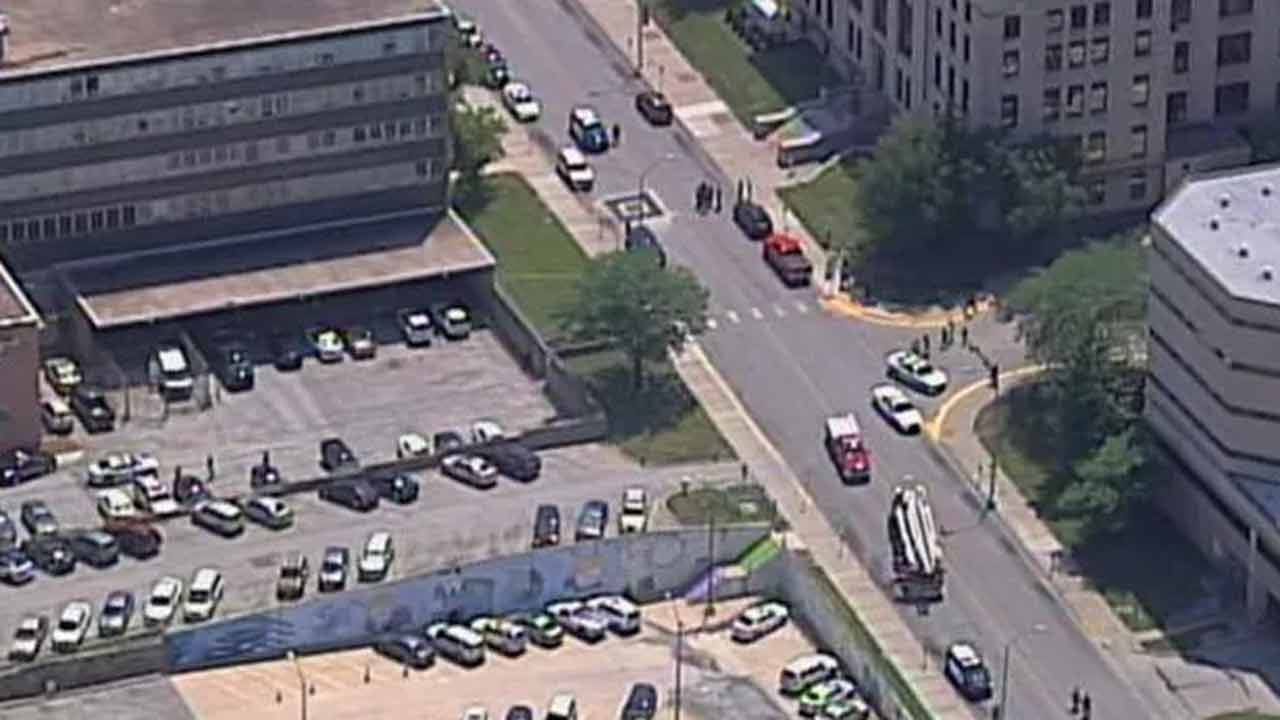 One sheriff's deputy has died and another is hospitalized after a shooting near the county courthouse in Kansas City, Kansas.  Police say a male and female deputy from the Wyandotte County sheriff's department were shot around 11:30 a.m. as they transported prisoners from the jail to the court services building.

Authorities say the deputies were overcome by an inmate while driving a transport vehicle. A sheriff's department spokeswoman said the deputies may have been shot with their own weapons.

The male deputy died and the female deputy is currently in critical condition at the University of Kansas Hospital. Wyandotte County sheriff's spokeswoman Maj. Kelli Bailiff says the suspect also was wounded in the shooting. He's undergoing surgery.

No other details were released about the suspect, including his condition.

Police say they are not looking for any other suspects. Details of what led to the shootings are not yet available.