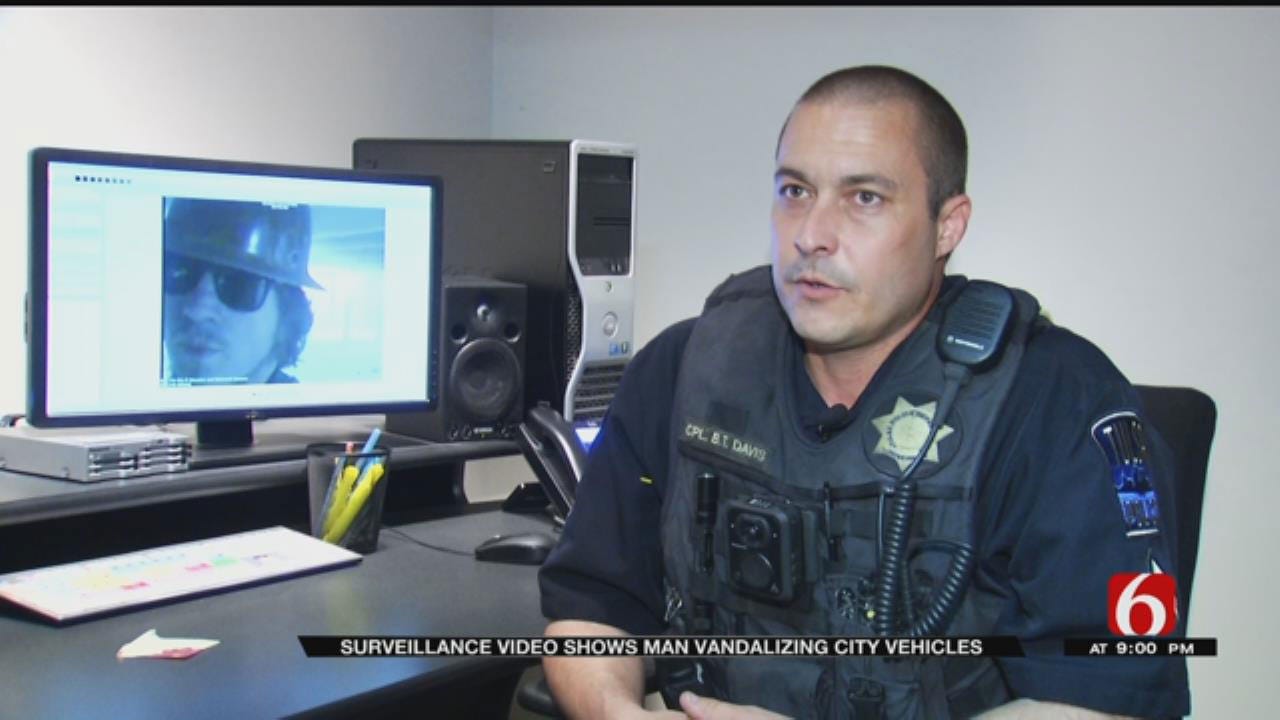 Video surveillance has been released of a man accused of vandalizing nearly two dozen city vehicles causing an estimated $40,000 in damage.

Levi Massengale is accused of causing the damage.

Police said the key to catching Massengale was video evidence.

Now, he faces 27 counts of malicious injury to property.

"When we get clear video, especially when a guy walks right up to the camera and starts hitting on it with a fire extinguisher up close you can’t beat that," said Tulsa Police Corporal Brandon Davis.

Police said Massengale spent three hours vandalizing cars that were in the parking garage near city hall last month and it was all caught on surveillance camera, which is how police identified him.

"From the time he entered the property to the time he left we were able to see where he was at what he was doing what time it was, the timeline," Davis said.

Investigators said Massengale hadn't even been out of jail for a day before he went on that vandalism spree.

Police said he damaged more than 20 vehicles, belonging to both the city and individuals causing thousands of dollars’ worth of damage.

That damage includes broken windshields, windows, and doors. Police said he even poured anti-freeze into some vehicles gas tanks.

But in the end, after countless hours and a lot of manpower, police were able to put Massengale behind bars.

"It’s good for evidence and maybe accountability to the person that commits these crimes so helping us solve them definitely," Davis said.

Massengale remains in the Tulsa County Jail. He still faces charges in the original case that sent him to jail.