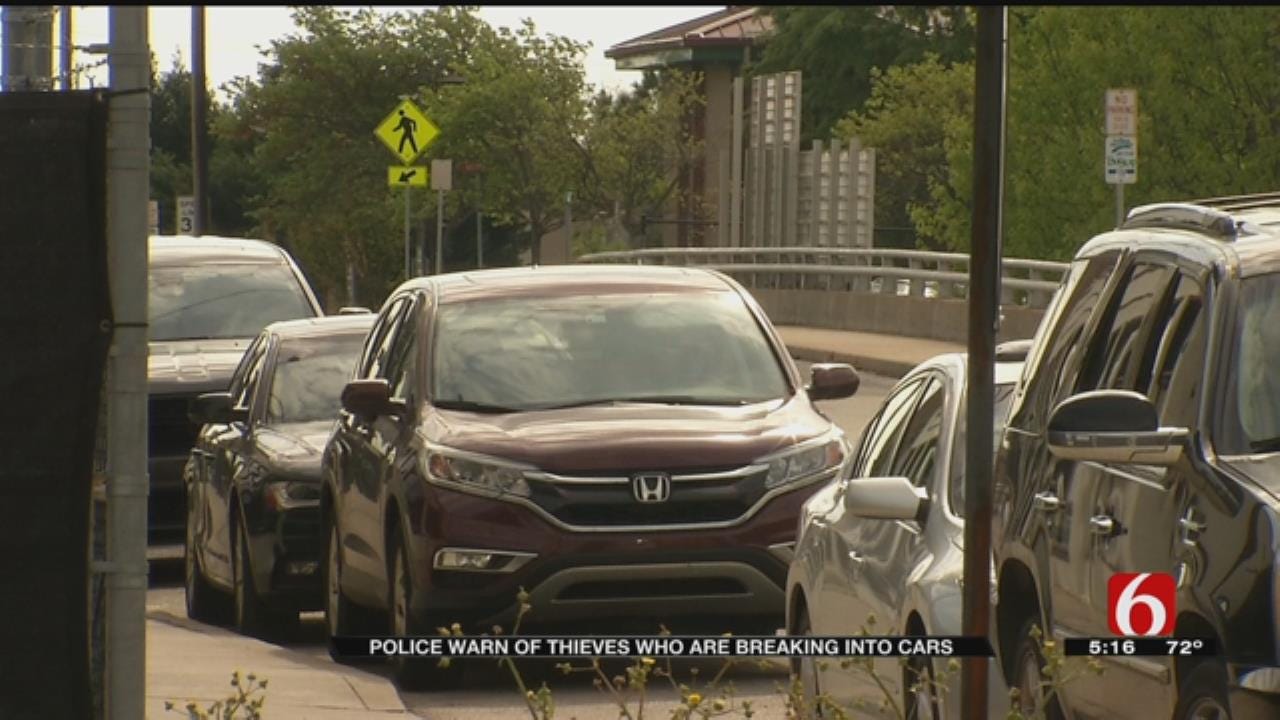 Tulsa Police have a warning before you head out to enjoy the springtime weather.

They say don't leave your valuables in your car.

During the spring, more people are likely to go for a walk in the park, but some women forget to secure their purse. Tulsa police want to remind you to be on the lookout for thieves who are looking to break in.

It happens in seconds. A tap on the glass and a quick grab into your car. Next thing you know, your purse is gone. Brittany O'Neal said she's lucky she's never been a target.

"I just keep it on me or really close by because you can never really trust anyone," said O’Neal.

O'Neal said she sees more car break in's during this time of year, especially around parks, so she does what she can to keep from becoming a victim.

"I mean, if I leave it in my car I usually put it in the trunk or just leave it under the seat and make sure no one's watching me," said O’Neal.

Police say nearly 500 times a month within the Tulsa city limits, a thief breaks into someone's car. During the Spring, most break-ins happen near a gym, jogging trails, or parks.

So, be sure to stay alert. Police say there's no telling how many of these criminals are standing by.

"Don't leave anything in your car that you can't live without. The car is only as strong as the glass," said Blair.

Police say if you carry a purse keep it on you and never leave it in your vehicle.

If you put it in the trunk, do so at home because if crooks see you, they'll break your window, flip your trunk release button, and take it.

House To Vote On Respect For Marriage Act