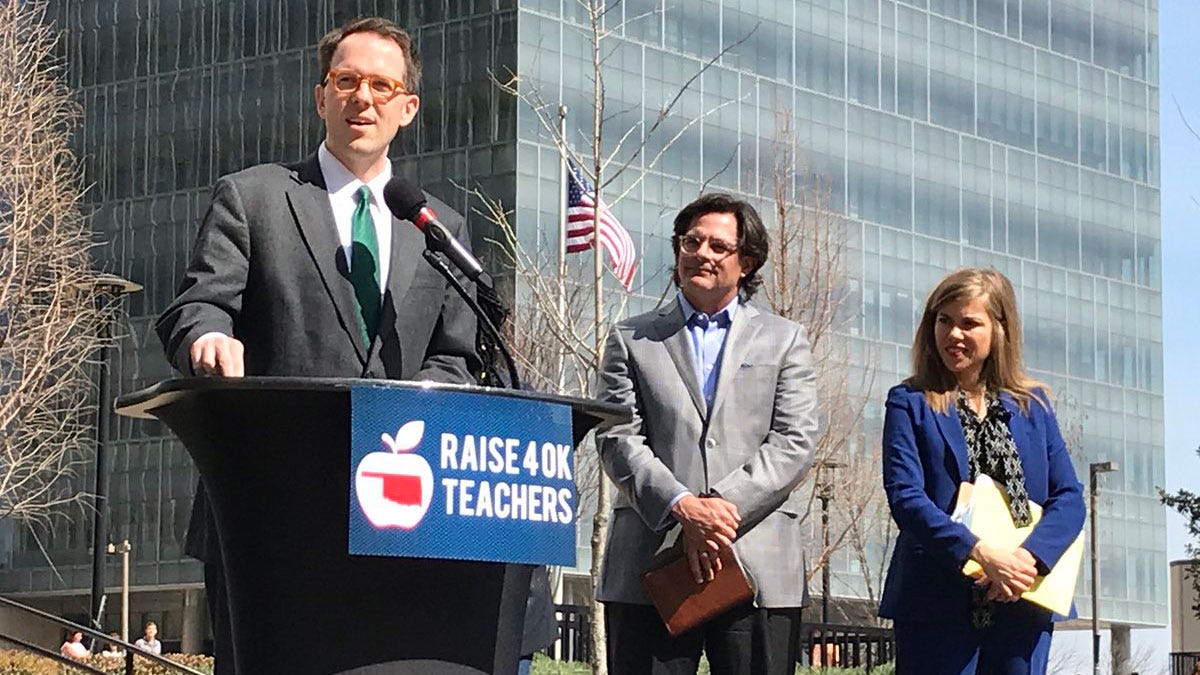 As Oklahoma schools approach Spring Break, lawmakers are on a deadline to come up with funding for education or teachers plan to walk out April 2nd.

A rally to support teachers drew a crowd in downtown Tulsa Thursday.

Students have 5 days of classes left before the deadline, but the message at the rally was that the walkout can still be avoided if lawmakers act.
The crowd was largely parents and people who work downtown as well as Tulsa's civic and education leaders, who seem united in supporting teachers.

"So, it's important for our legislators to see that we're watching. And this isn't something that just the union cares about or just the teachers who want more money care about. This is something that every Tulsan cares about, said Mayor G.T. Bynum.

There was lots of talk of supporting education and teachers but not much about the planned walkout or the political divide that's stopped several attempts at a solution in the legislature.

“We need more counselors, more help to deal with kids that have had trauma," added Carrie Whitaker, also from Burroughs.

The group of teachers from Burroughs Elementary said chronic underfunding has left their school shorthanded.

"Our counselor is doing testing, so she doesn't get to counsel because she's always doing testing and other stuff, so it would be nice if we had more help," Whitaker said.

Teachers from all over the district told a similar story about the teacher shortage.

"We don't have enough funding to pay for enough teachers and our class sizes are overwhelming," said Lewis and Clark Elementary Teacher Misty Mossa.

The crowd of a couple of hundred education supporters cheered every time they were urged to contact their lawmakers.

The teachers said they believe the community supports them even if they force schools to close down.

"We don't want to walk and it means the world to know the community is behind us in this," said Disney Elementary Teacher Rechelle Petty.

On deadline day, if there is a walkout, plans are being made for more rallies at the capitol, in Tulsa, and in other cities as well.