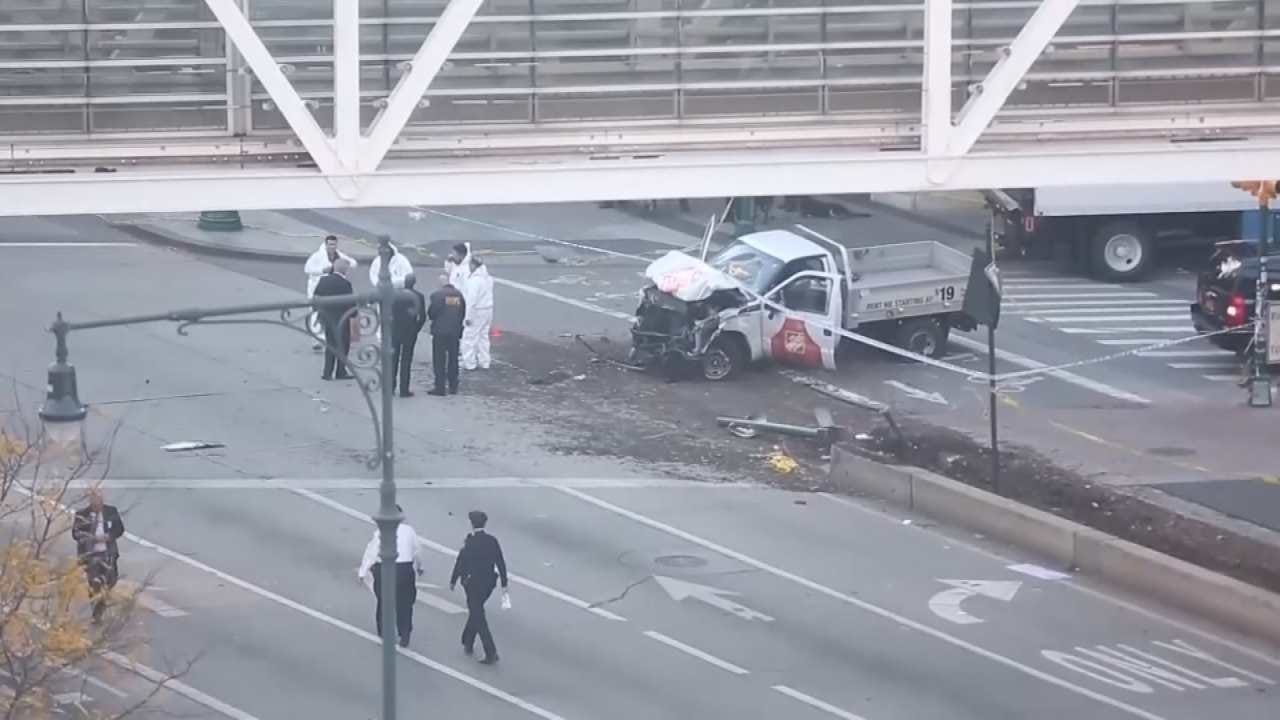 The Islamic State of Iraq and Syria (ISIS) claimed responsibility for the terror attack carried out by Sayfullo Saipov on Tuesday. He used a rented Home Depot pickup truck to plow down pedestrians and cyclists in lower Manhattan on Halloween killing at least eight people and injuring a dozen more.

ISIS' announcement Thursday was published by the militant group's weekly newspaper, but they did not offer any evidence to back up their claim. ISIS did say "the attacker is one of the caliphate soldiers."

It is known that police found knives and notes praising ISIS inside the truck Saipov used in the deadly attack, and according to court documents, two cellphones were also recovered.

A law enforcement source tells CBS News authorities "tracked the numbers on the phones and have linked them to 'sympathizers of a radical cause' who were already on 'New York police radar.'" The source says Saipov made calls to someone of those numbers "the day of the attack."

Saipov, a 29-year-old native of Uzbekistan, was charged with providing material support to a terrorist organization and using a vehicle to cause violence. Investigators say Saipov was inspired by ISIS to carry out the attack, the deadliest in New York since 9/11. The use of a truck to run over civilians closely mirrors similar attacks that have plagued Europe. ISIS has posted instructions and urged its followers to carry out such an attack on its propaganda channels online.

Sources close to the investigation say an associate of Saipov who they were looking for, Mukhammadzoir Kadirov, has now retained a lawyer and is set to be questioned by authorities on Friday.