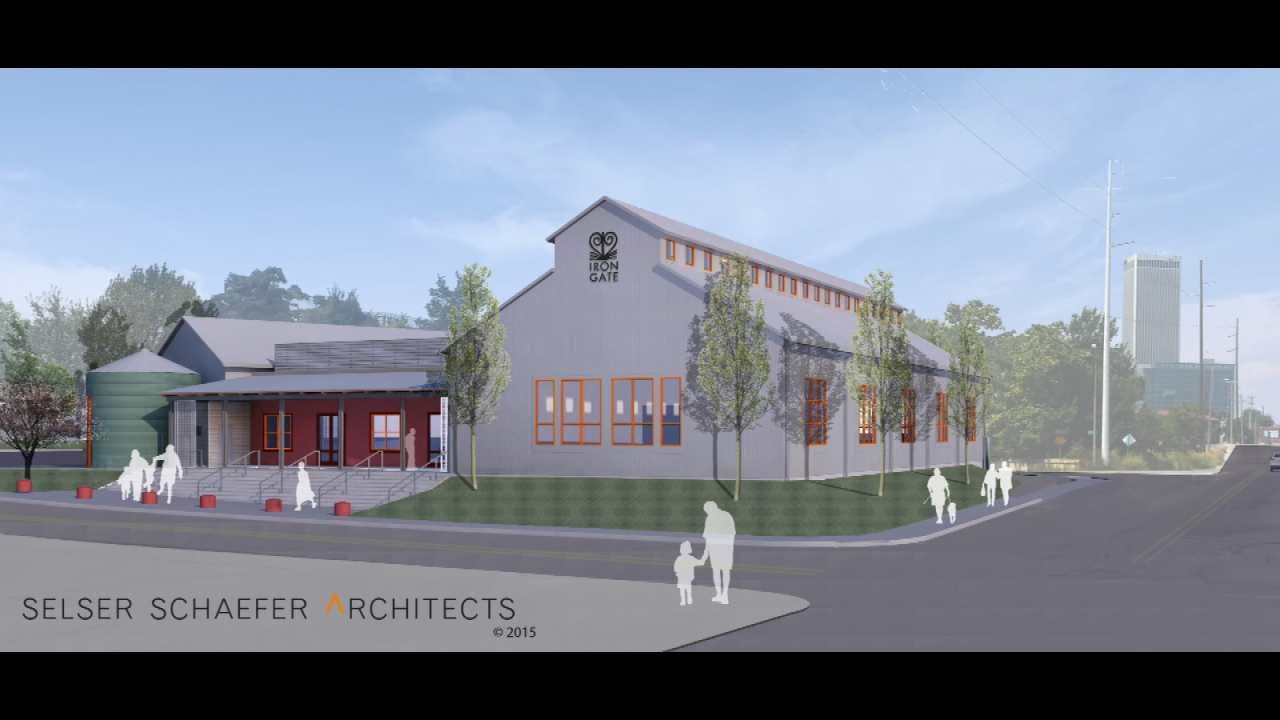 Troubles continue for a soup kitchen and grocery pantry in Tulsa.

Iron Gate has been trying to find a new home for four years dealing with disapproval.

Despite getting the green light from a judge, the city wants the nonprofit to pump the breaks.

The Iron Gate Board of Directors met Thursday afternoon to talk about what to do now.

The Chairman said they're not giving up on building downtown and they're ready for the legal battle.

But it's been tight.

"We've made some progress, with scissors, tape, and glue around here," said Iron Gate Board of Directors Chairman Shane Saunders.

Food is wheeled in from down the hall.

"We just want the freedom to be able to serve our hungry neighbors," said Saunders.

Saunders said the new 17,000-square-foot facility would include a warehouse so they can buy in bulk and cut down costs.

But the plans are still just plans, years in the making.

Iron Gate first tried to build on an empty lot at 3rd and Peoria in 2015. But people who live and work in the area weren't happy about it and their application was denied.

Now, the nonprofit is vying for a spot at 7th and Elgin.

The issue is wording in the zoning ordinance.

"We said look, we're a restaurant, a warehouse, and an office. And the city says no, you're a government service. Which is funny because we don't accept any state or federal funding," said Saunders.

The judge sided with Iron Gate, clearing the way for construction.

But the city wants her to reconsider.

In a statement Monday, Mayor Bynum said, "The City's filing today should not be taken as an objection to that important work. Instead, it reflects our concern regarding the proper protocol for land use determinations"

"We're known nationally as a philanthropic community. But our government has systematically decided to kick the poor and homeless out of our downtown and it's just a shame," said Saunders.

The Chairman said their attorneys think the judge will stand by her ruling.

But then the city could appeal to the State Court if so, they'll keep fighting.