Sen. Lankford On Niger Ambush: Congress Needs “To Get The Full, Accurate Story And Get It Right” 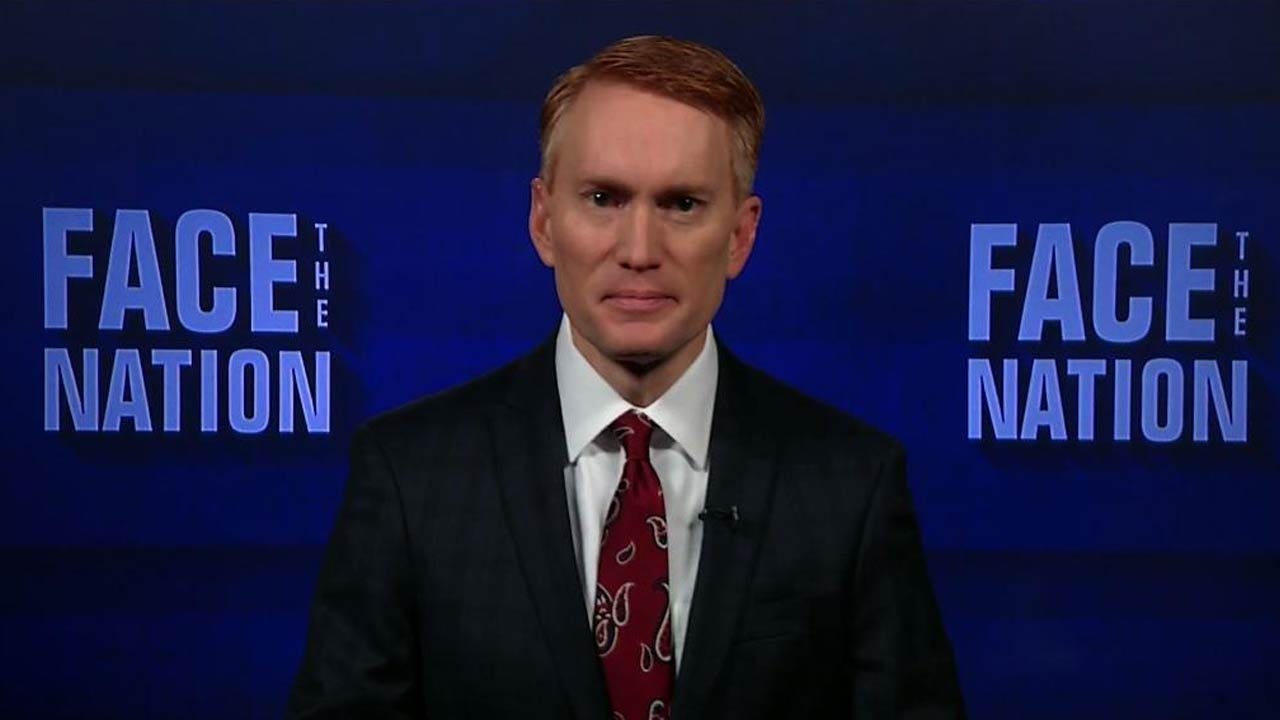 Four American soldiers who were killed in an ambush in Niger were helping that country's military fight Islamic militants. The details of the ambush, however, have been slow to emerge.

On Sunday, "Face the Nation" sat down with Sen. James Lankford, R-Oklahoma, to discuss the ambush, what questions he's asking about the attack, and much more.

JOHN DICKERSON: We turn now to Oklahoma Republican Senator James Lankford. He joins us from New York. Senator, you're on the Intelligence Committee. What's your assessment? So far what do you know about Niger? And what questions are you asking?

JAMES LANKFORD: Well, we have all the same questions that have already been mentioned there as well to find out what actually happened. That's the key aspect right now, is all the facts that are on the ground. This is an extremely unstable region. A lot of weapons that came out of Libya are going down into this region. They're being used by Al Qaeda and ISIS-affiliated groups. We've had well over 100 U.N. troops that have been killed in Mali. It's one of the deadliest places for U.N. peacekeepers in all of the world. And so there are a lot of issues with this region. Not only the flood of weapons but the instability of the governments in the area. And they have a large, growing presence of ISIS and Al Qaeda in the area.

JOHN DICKERSON: Your- Some of your colleagues, Senator McCain among them, has expressed frustration at getting answers out of the administration, from the Pentagon. Do you share that frustration?

JOHN DICKERSON: Do you feel like this is a localized problem or a broader one? The president has talked about giving the
military greater rein to do its work. Does that have- Is there a tension in terms of greater rein but not informing Congress perhaps as much about what the military's doing and where it's doing it?

JAMES LANKFORD: We're advising and assisting all over the world to be able to help put down Al Qaeda, and ISIS, and other radical Islamic groups that are around the world that are seeking to terrorize not only the local communities, but as we've learned from Afghanistan it's not just an isolated region of the world that will never come after us. Obviously they have come after us before from these isolated regions. So it's extremely important that we do stay engaged.

We are typically in the back. And quite frankly typically these ISIS groups won't attack a United States convoy because they're well protected. They'll attack other U.N. peacekeepers. They'll attack local police stations. They'll attack local governments or bus stations where they know they're a softer target than to come after a heavily militarized target like ours. So typically we'll see each other and we'll know each other's presence but they won't actually engage, certainly until now. And we've seen that here.

JOHN DICKERSON: Now, let me ask you another question about potential business on the Intelligence Committee that you're on. You're looking into the Russian influence in the election. There have been reports this week about Russian efforts to try to influence the Obama administration and try to influence perhaps Hillary Clinton through donations to the Clinton Foundation with respect to the purchase of uranium. Is that something that the Intelligence Committee should look at, that you're interested in looking at?

JAMES LANKFORD: So we need- we need to finish up the report that we have now, but that is an unsettled issue. That's something that the F.B.I. has pursued for now a decade, to try to determine what influence was done. As you know, there are several Russians that have been arrested for this or have been charged on these crimes of trying to be able to influence the purchase and the deal on uranium with the Obama administration through the Clinton Foundation.

There are unanswered questions that should be answered. It may not necessarily be by this investigation. We'd like to be able to close it down. But that's unfinished business. Quite frankly the Judiciary Committee will probably be the lead investigative team on that one from the Senate. But we still wait to see the final reports from the F.B.I. on it to be able to get the actual details on that one as well.

JOHN DICKERSON: Let me ask you about the budget. You said last year during one of the Obama budgets you said, "We cannot keep saying we'll add debt every year and there is no reckoning for that." The budget passed out of the Senate this week. It's not going to tackle the deficit as much as some would have liked. What does that mean? What about that reckoning?

JAMES LANKFORD: Yeah, tremendous frustration as you walk through this process. There are several votes there to try to bring back the budget. Not necessarily on the tax side but on some of the spending side. The way to be able to get out of this big hole that we're in is pretty straightforward. To be able to limit our spending, it's not a matter of dramatic cuts but to be able to cap our spending and to make sure it doesn't continue to grow past inflation rate.

But then to also have a growing economy. For the last 10 years our economy has grown at less than 2% on average every single year for 10 years. We've not had a decade like that in a century in America. Typically our economy grows at about 3%. What we've encouraged is a bump on the economy with tax reform. It's not been done in 30 years, have a major tax reform. If the economy is stuck as I like to say with the old illustration of a record needle, if the economy is stuck in the same track over and over again, somehow you've got to be able to bump that to get it going.

JOHN DICKERSON: Let me ask you a final question on another committee you're on. Homeland Security oversees FEMA. The response to Puerto Rico, the president gave himself a 10 out of 10 this week. How would you grade him?

JAMES LANKFORD: I'm not sure I'd give a grade on that one. I'd say it's extremely difficult for FEMA dealing with disasters in Houston, in Florida, and Puerto Rico at the same time. You have staff that's incredibly stretched. You have a lot of resources that are going towards Puerto Rico, but it's a much harder issue based on the fact that it's an island. Even moving power poles to that island takes a week just by barge to be able to get them there. All their power's out across the entire island. You've got three and a half million people that have got to get access to basic services again. It takes a long time to get equipment there.

JOHN DICKERSON: All right. We're out of time. Senator, thanks so much for being with us.