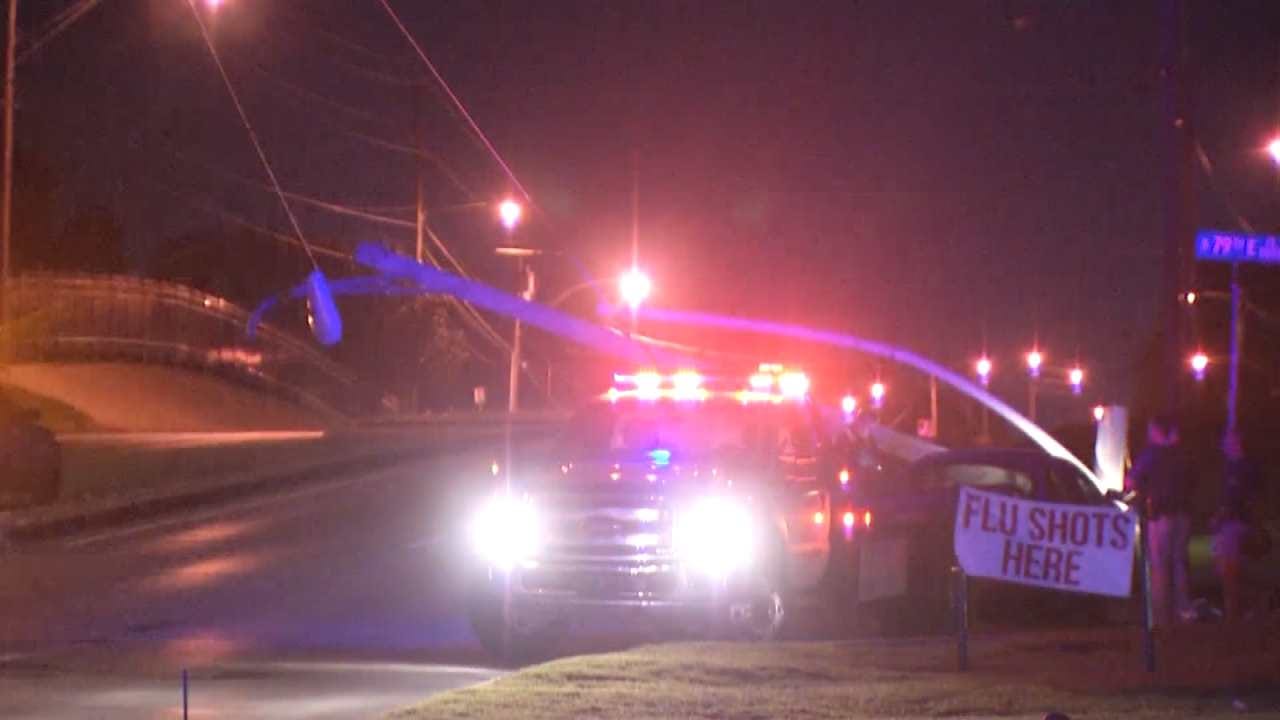 Police arrested two juveniles early Friday after a stolen car chase that ended when the driver crashed into a light pole.

Officers tried stop the car as it headed south on Memorial near 31st Street at about 1:40 a.m.  It ended several miles south near 55th and Memorial when the car slammed into a pole, knocking it down. Police said that crash happened just as their helicopter began following the car.

Two juveniles got out and ran, but police quickly caught up with them and took both into custody.  Police say neither juvenile was injured in the crash.

City of Tulsa workers moved the damaged light pole off the road.