Skirmish At The Tulsa State Fair Turns To Serious Situation 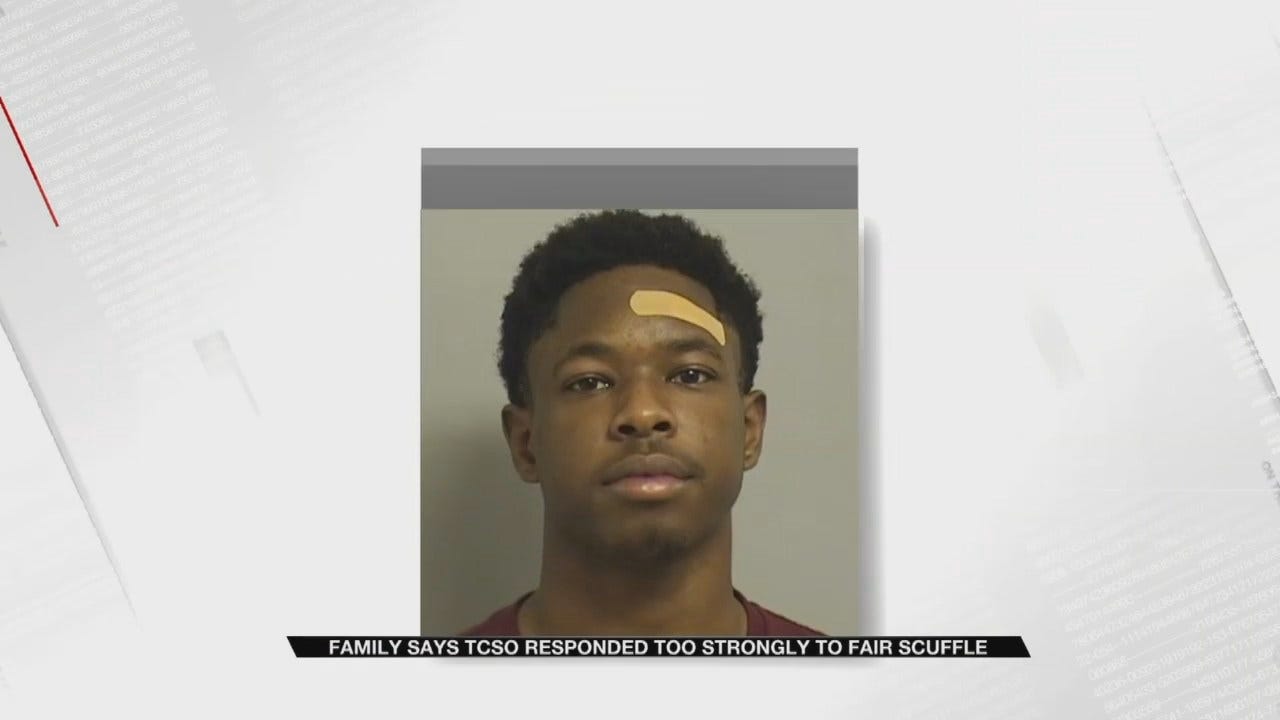 Tulsa County investigators are looking into a skirmish at the Tulsa State Fair that landed one man behind bars.  His family says it was all a big misunderstanding.

They say the boys were at the fair just trying to have a good time when an argument broke out over a pair of glasses.   But that argument turned out to be much bigger than they imagined.

"I was scared for my life and my cousin’s life too," said William Wilkerson III.

William and his cousin Ronald "RJ" Herron were attending the fair on Saturday, September 30th, when a friend walked up to William and took his glasses, so William playfully tried to take them back.

"When I had him like this he said man let me go let me go I don’t have your glasses and they just still came and grabbed me," William Wilkerson said.

Tulsa County Sheriff's deputies quickly rushed to the scene because they believed a fight was about to break out.

Sergeant Mike Moore with the Tulsa County Sheriff’s Office said, "whether it’s a fight in progress or its about to happen we get in the middle of the situation."

When William's cousin Ronald saw him being put in handcuffs, he said he walked over to ask what was going on.

"The police said I need to just calm down." said Ronald Herron

Deputies believed Herron was trying to interfere with the situation and said he got hostile.

"Somewhere in the process, a deputy was struck in the face.” Sergeant Mike Moore said

Ronald Herron says he didn’t hit an officer and was not resisting the arrest.

“I’ve never like been in a fight or nothing. I don't know why they just grabbed me and thought I was going to be hostile towards them” Herron said.

Ronald Herron had several bruises and was taken into custody for interfering with an arrest and assault and battery on a police officer.

“It’s heartbreaking that they just took me to the ground, I wasn’t trying to be hostile towards them, I was just trying to work out the situation,” Herron said.

“You know they saw kids and thought they were about to fight and instead of asking questions they jumped to conclusions and didn't hear anything about what they had to say,” Shakwita Herron, Ronald's mother said.

Because there are so many people at the Tulsa State Fair, sometimes it can be hard for the deputies to know if it's a real fight or a play fight breaking out, but those few seconds could play a big role.

“We can't just take time to observe because if it is a real fight you know the 10-15 seconds it may take to observe someone may get seriously injured.” Sergeant Moore said.

“I don't want this to ruin his life because he’s just beginning his life,” Shakwita Herron said.

Shakwita Herron filed a formal complaint with TCSO Internal Affairs over the incident to ensure all procedures were followed.

Joseph Holloway City leaders in Claremore are honoring those who served our country with a series of banners in the downtown district.
View More Stories

Joseph Holloway City leaders in Claremore are honoring those who served our country with a series of banners in the downtown district.
View More Stories