Tulsa Man Shot Dead In Front Of Wife And Kids 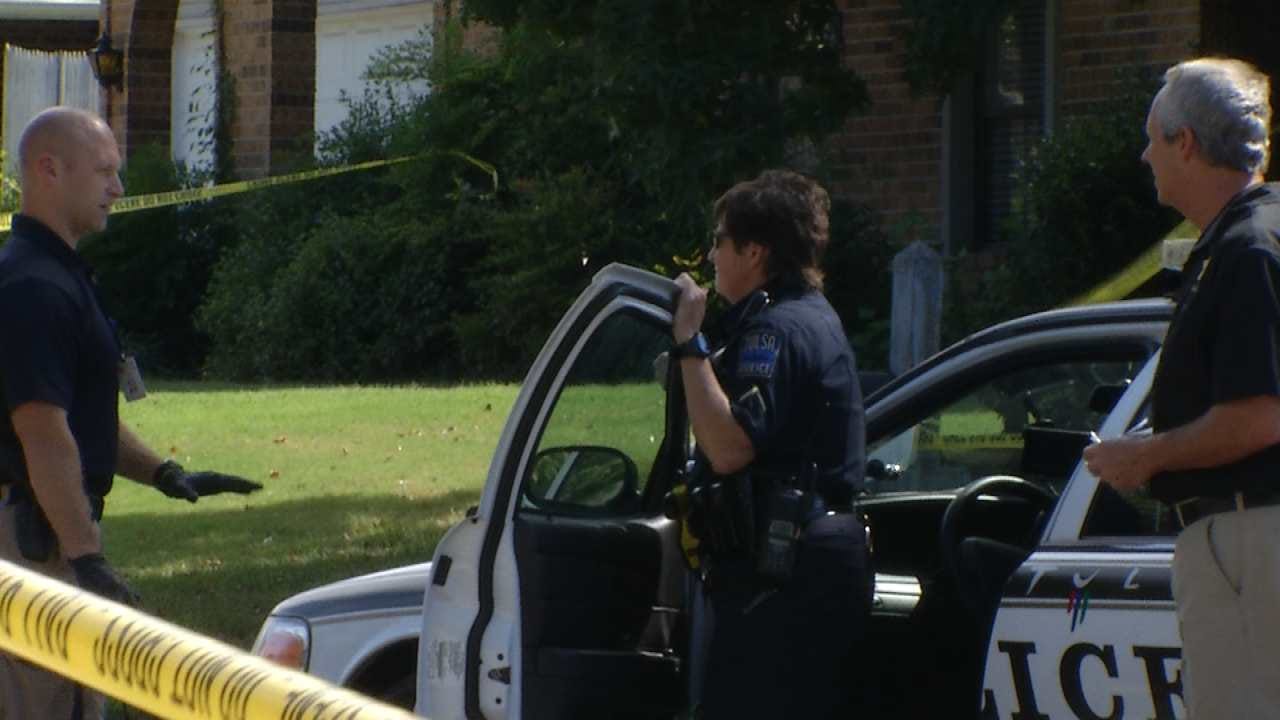 A father is gunned down in front of his wife and children and the suspect is still on the run.

Police don't have a lot of answers right now, but they are determined to find justice for this family.

Especially for the two children who watched their father die.

On a quiet street, the sadness rings loud as the community and police try to figure out why this happened.

“I just feel so bad for that family, it's going to be hard I couldn't imagine losing someone like my dad or mom." Said neighbor Emily Hawn.

Police were called to the home to investigate a shooting. When they went inside they found a father shot to death.

“We're going to have to interview the family. As hard as it is for us and them and to talk to these kids that just saw their dad dead." Said Sergeant Dave Walker.

Investigators said two children were walking out of the house with their mom when the suspect approached them.

Police said the suspect made demands and pushed them back into the house at gunpoint.

“The kids ran in and screamed, dad came down the hallway confronted the suspect and was shot.” Sergeant Walker said.

The suspect’s description is vague.

The only information is that the suspect is "young" and had a hoodie or fabric covering his face.

Police said they wouldn't necessarily call this neighborhood dangerous, but that murders, as well as burglaries, can happen anywhere.

"[It’s] crazy because it didn't use to be like this. I’ve never seen anything like this happen." Neighbor Emily Hawn said.

At this point, police don't think the victim knew the suspect.

For now, police will focus on finding the person who tragically took a husband from his wife and a dad from his children.

"I guarantee you this: I think every cop out here wants to land hands on these people and bring them down." Said sergeant Walker.

Police said the suspect may also be connected to another crime nearby but haven't been able to say for sure just yet.