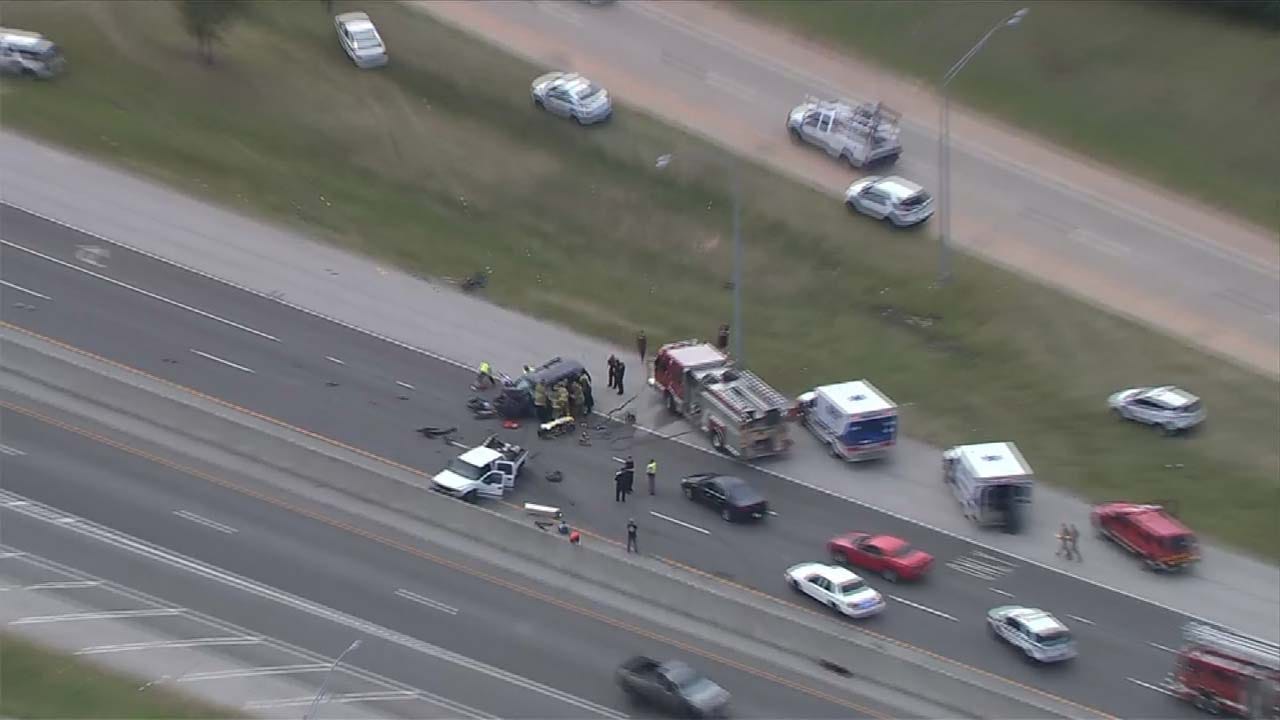 Southbound Highway 169 near 91st Street was closed due to a multi-vehicle crash Thursday afternoon.

Traffic was diverted at 81st Street as first responders work the scene.

They said a 58-yer-old man driving a black minivan driving in the left lane crashed into the back of the stopped pickup causing both vehicles to spin. Police said the van went partially under the truck.

The driver of the minivan was taken to the hospital with critical injuries. The pickup driver was also transported with non-life threatening injuries.

Police said a third vehicle was damaged trying to avoid the crash. That driver was not injured.

Video from Osage SkyNews 6 HD showed firefighters and paramedics had to go through the top of the minivan to rescue the driver of the minivan.

Police are continuing to investigate.