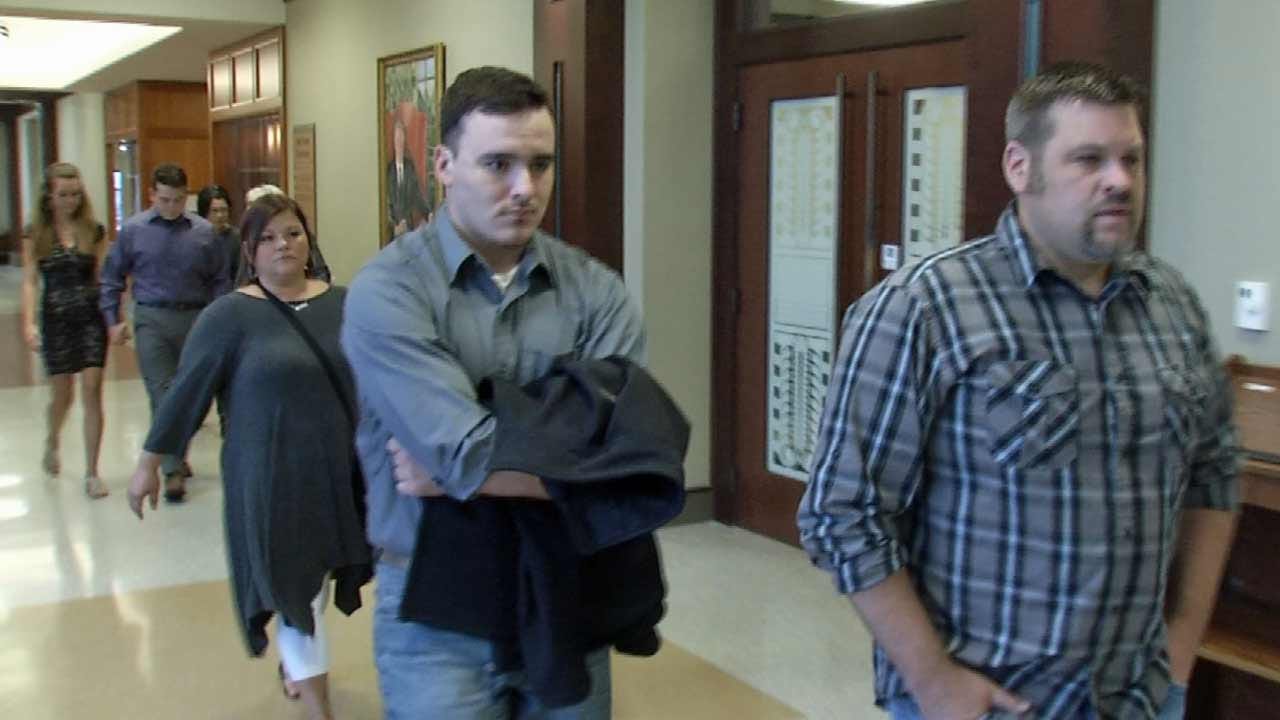 The courtroom watched video of interviews they did with investigators that helped lead to the charges against Dakota Shriver, 23, and Gage Shriver, 21.

Both were charged in connection with a 2015 hit-and-run wreck that killed Noelle New and seriously injured her friend, Maranda Talley.

Prosecutors wrapped up a morning of testimony Friday by showing video from state troopers arriving at the scene where New was killed and Talley was injured.

The two brothers are accused of driving drunk and hitting the two girls on a county road back in 2015.

Prosecutors said they left the scene with the injured girl unable to move on the ground.

The timeline laid out in court was that more than two hours passed before they returned and called 911.

Friday in court, the testimony centered on what happened after the 911 call.

A state trooper testified the brothers - and their mother - all had different accounts of what happened.

Investigators found a wallet and pocket knife belonging to the brothers at the crime scene, and blood from the girls on their truck.

The trial started Sept. 18 with jury selection, and Friday with the state resting, the defense continues and the trial has at least another day or two to go.