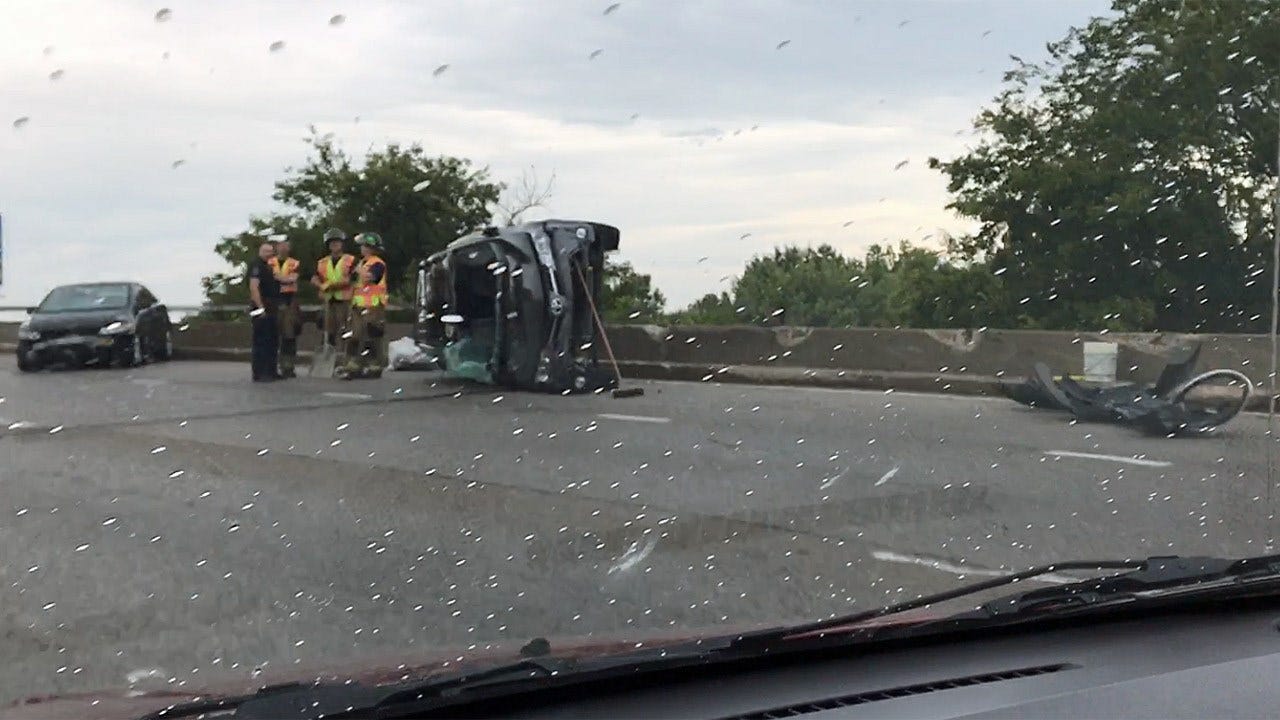 First responders arrived on the scene where both vehicles had collided and spun around facing east in the westbound lanes.

One vehicle we on its side in the outside lanes, which blocked traffic for an extended period of time.

No word yet on the extent of injuries or the cause.