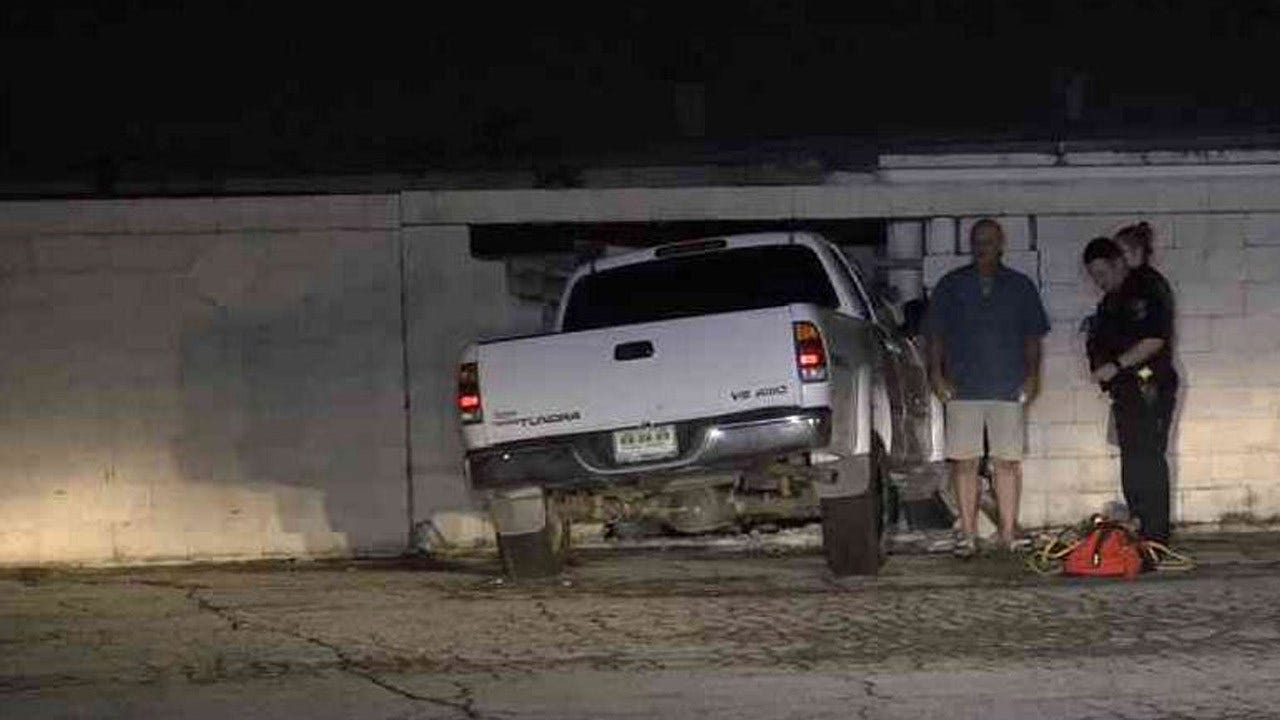 A stolen truck was found crashed into a concrete fence near 41st and Memorial shortly before 5 a.m. Monday. Police said the driver fled the scene before anyone arrived on the scene.

The concrete wall isn't connected to a building, and the property where the truck crashed is vacant, officers said.

The driver of the truck was driving east on 41st Street when it veered off the road and into the wall.

Officers said the truck was stolen from the 61st and Memorial area.

The owner of the truck said he's had the Toyota Tundra for 16 years and had just put quite a bit of work into the truck.

The truck owner said he is "heartbroken" about what's happened to his truck and will begin searching for a new vehicle.