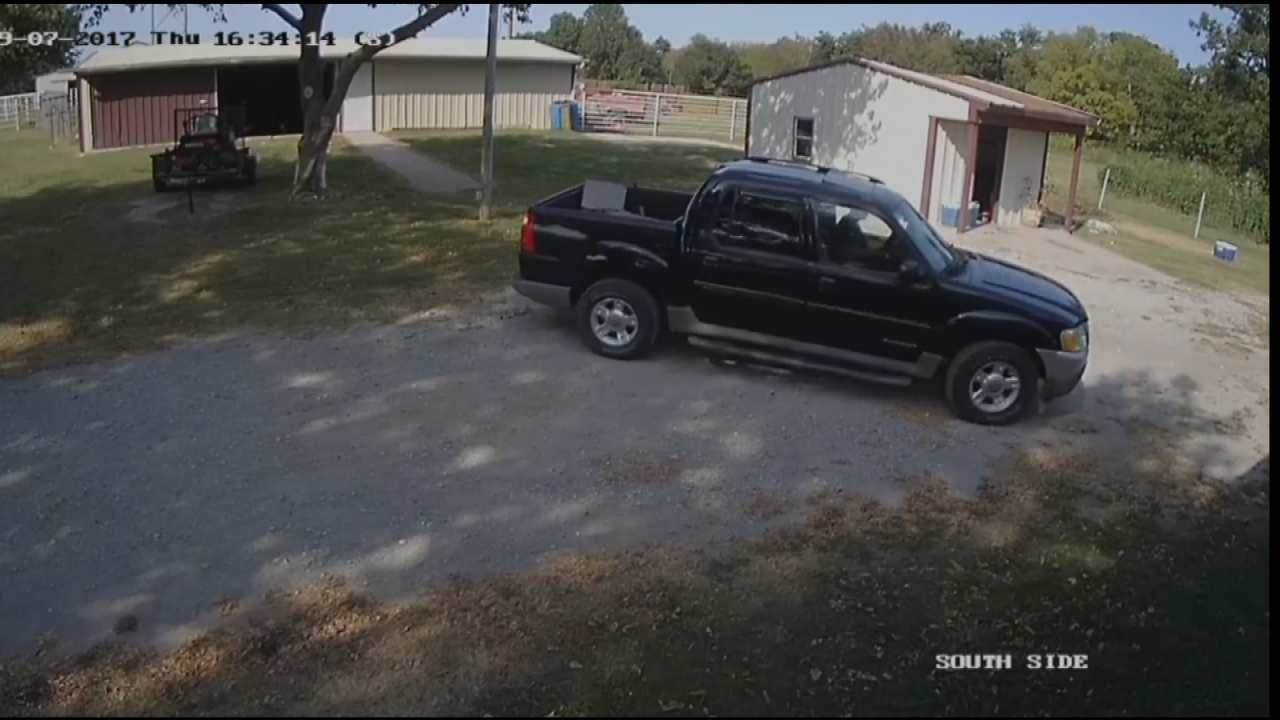 A thief gets caught on camera stealing a trailer and zero-turn mower from a home outside Broken Arrow.

The victim had borrowed the mower from his father-in-law and it was stolen right out of his yard.

Surveillance video shows the man coming up to the house and after a quick look around, he backs his Ford Explorer Sport Trac up to the trailer and drives away.

"I was like, 'Are you kidding me?' When I got the surveillance system installed, the neighbor said, 'I've lived here 40 years and have never had an issue, things are unlocked out here,' unfortunately, that's not the case these days," said the theft victim, Justin.

The trailer is a four-by-eight utility trailer, but Justin had just replaced the boards in it and only stained one of them, which would make it unique.

He searched the area for about three hours the night it was taken and then shared it on Facebook. But, he fears the more time that passes, the less chance they have of getting it back.

"I'm sure by this point, if he's seen anything on social media, it's gone to Texas, Arkansas or somewhere else far away," Justin said.

Justin said other neighbors believe they were hit by the same guy on the same day, even using Justin's trailer to steal things from a job site nearby.

"It has to take a lot stupidity for someone to pull up to someone's yard because I could've been home and there's one way in and one way out, he would've been trapped," Justin said.

Justin said he always hides the mower behind his barn but on that day, he happened to be in a hurry and left it out. He said now, he locks up everything, even the gate to his property everyday. If you've seen the stolen items, contact police.