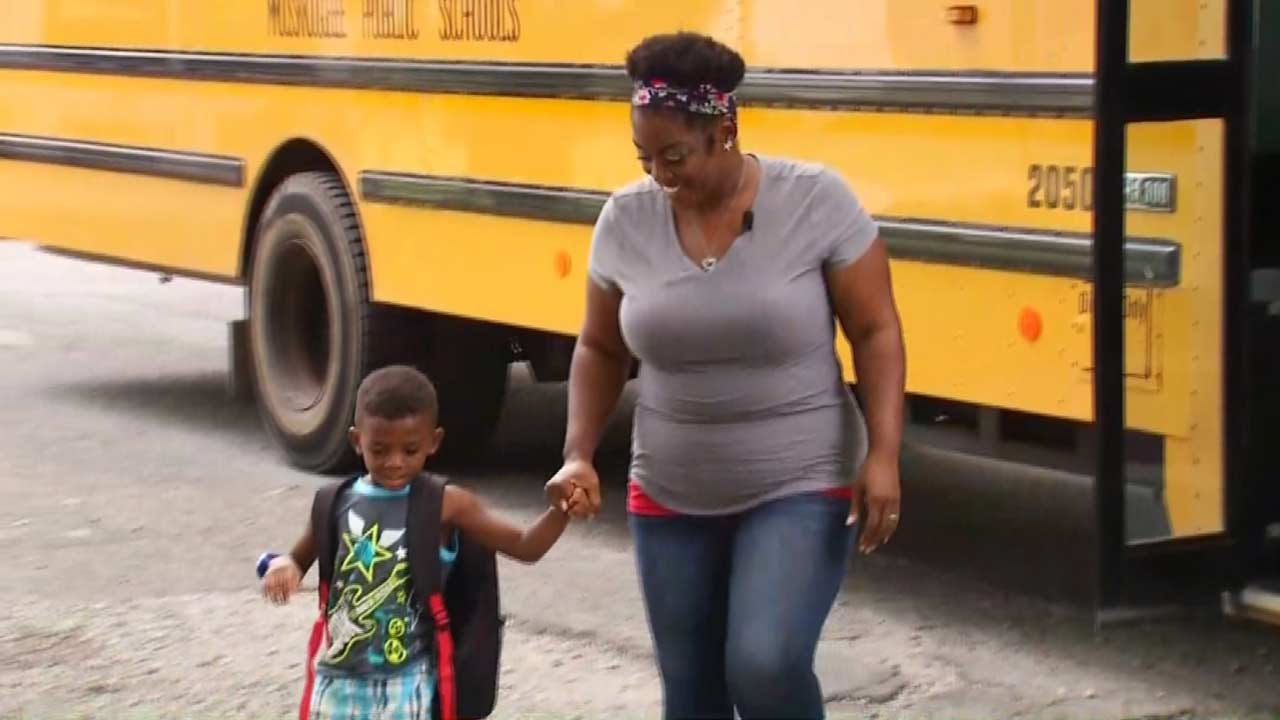 Parents in Muskogee said they’re upset with the school bus service, saying their kids are getting picked up and dropped off late -
sometimes by hours.

One mother said she spent nearly two hours Monday trying to figure out what happened to her 3-year-old son after he left the school and was never dropped off at home.

Naresha McNac’s 3-year-old son, Nikohlas, rides the bus to and from his pre-k class at the early childhood center in Muskogee. McNac, said since school began last week, the bus system has been a mess.

“You've got kids on all these blocks waiting for these buses that the system called out and told us, our kids ride this bus, and we're out here waiting and no buses are showing up," she said.

She said things came to a head when her son didn't get off the bus Monday. She said that's when she'd had enough.

McNac said after calling back and forth with the school and the bus driver she learned Nick had been put on the wrong bus.

But even with her attempts to pick up her child, McNac said the driver was uncooperative.

Finally, she said Nick got home sometime after 4:30 p.m.

“It was really hard to even send him to school this morning, let alone put him on a bus because he cried. He knew he was on the bus too long yesterday,” she said.

Muskogee Schools Transportation Director Brad Smythe said they are aware of the bus issues and are working tirelessly to get them fixed.

He said with cuts to transportation, and 1,000 more students riding the bus this year, the district has been overwhelmed.