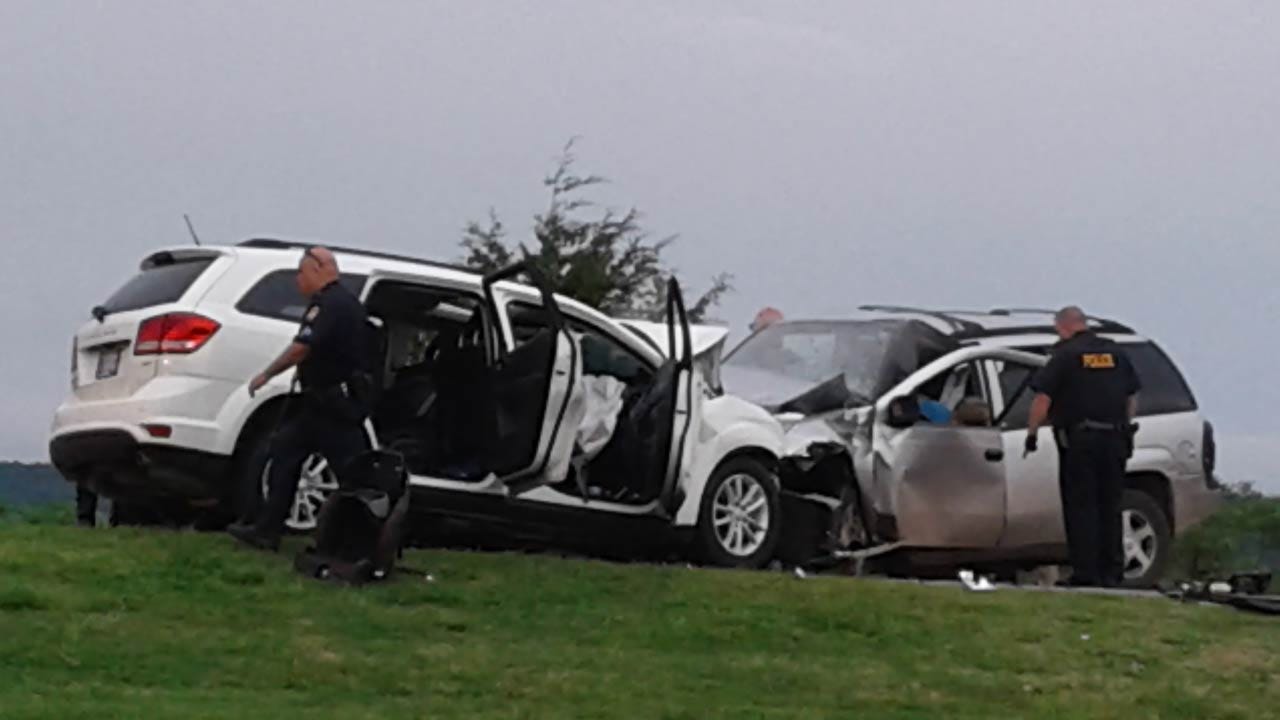 Editor's note: An earlier version of this story mistakenly reported the woman was at fault. News On 6 regrets the error.

Two people died in a wreck on Highway 20 in Skiatook Friday.

Two SUVs collided head-on in front of the Osage Casino around 6:30 p.m.

The Oklahoma Highway Patrol said Johnny Taylor Brown was driving a silver SUV eastbound when he crossed the center line and hit a white SUV that was heading west. The OHP said the crash killed the woman driving the white SUV.

She was identified as 28-year-old Tiffany Nicole Schmidt of Skiatook.

Troopers identified the driver of the other SUV as Johnny Taylor Brown. Brown, 28, a Claremore resident, died later at Saint John Medical Center.

The OHP closed the highway in both directions while it investigated the wreck. Skiatook EMS and worked the wreck.